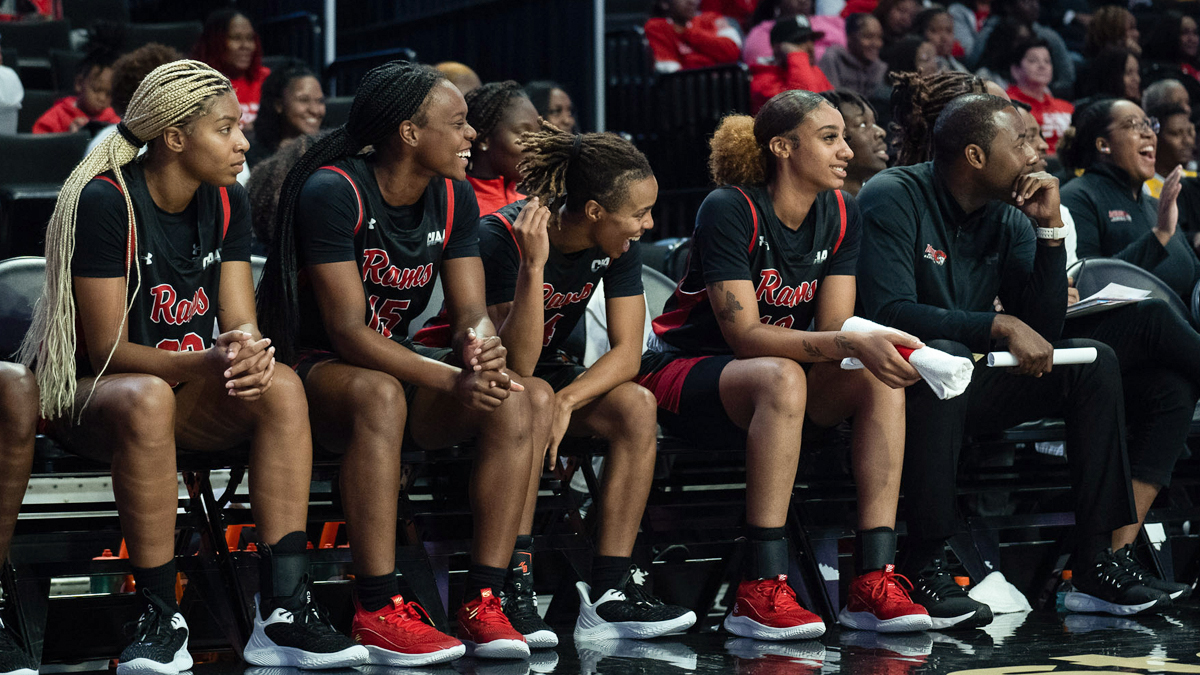 Winston-Salem State lost big but learned a lot without its bigs against the Power Five school.

WINSTON-SALEM, N.C. — Without the absence her team is experiencing in the preseason, Winston-Salem State women’s basketball coach L’Tona Lamonte feels the exhibition matchup with Wake Forest might have been a fair fight.

The Demon Deacons pounded the Rams inside and took advantage of missed opportunities and its own precision 3-point shooting to take a 93-50 victory. But Lamonte spent part of the post-game thinking what-if, and that was because the Rans were at a decided height disadvantage. Preseason all-conference selection 5-foot, 10-inch O’Shea Hatley, 6-3 post player Kendra Ross and 6-2 Dorian Sharp sat out the game.

“But with the disparities, we had to change some things and alter the way we wanted to really get after them defensively, and I’m going to look at film and see if there’s some things we need to change and work on,” she says.

The taller Wake Forest team – six players who were 6 feet or taller saw action – stuffed or altered virtually every WSSU drive to the basket, getting 10 blocked shots. If they didn’t get to the ball, the Rams hurt themselves by blowing a number of uncontested layups, which in part is to blame for its 30% field goal shooting for the game, hitting just 18 of 60 shots.

There was a brief moment of hope when Winston-Salem State cut the lead to 29-20 in the second quarter, but Wake Forest went on a 14-4 run and claimed a 46-29 halftime lead.

“We’re a Division II school and we had a (Power 5) team to like nine and 11 points for a good portion of the game before we changed our defense,” Lamonte says. “So that was very promising. We also scored double digits except for one quarter against the … team that was taller than we were. So, being able to score can give us hope. We missed so many easy baskets that we left points out there. We got to knock those down.”

It only got worse in the third quarter. After Amaya Tucker hit a 3-pointer with 5:53 left in the period to make it 58-41, her next 3-pointer, and the team’s next points, came when she hit a 3-point shot at the buzzer. The Rams missed eight straight shots and ended the period trailing 73-44. Tucker finished with 13 points, the only WSSU player in double figures.

The misery continued. The Rams missed their next seven shots to start the fourth quarter and Wake Forest continued to run away. The Demon Deacons hit 12 of 29 3-pointers, with Jewel Spear hitting five of the eight she shot for a game-high 27 points.

As she awaits the return of her three interior players and the onset of the season in the Central Intercollegiate Athletic Association, Lamonte acknowledged the benefit of playing Wake Forest, even if the game was lopsided.

“It just gave us hope to let us see a baseline. We needed the baseline, and I think sometimes your players have to see what it really looks like on another level,” she says. “And then, that’s going to let them know ‘OK, so we can stay here and play with this type of team, and we got to do better.

“I expect practices to be more aggressive now. I expect us to talk more,” she adds. “And now when I say something, I won’t have to worry about having to prove myself because the film will do it for us. So, I’m excited.”

The Winston-Salem State men will face the Demon Deacons at Joel Coliseum on Tuesday.