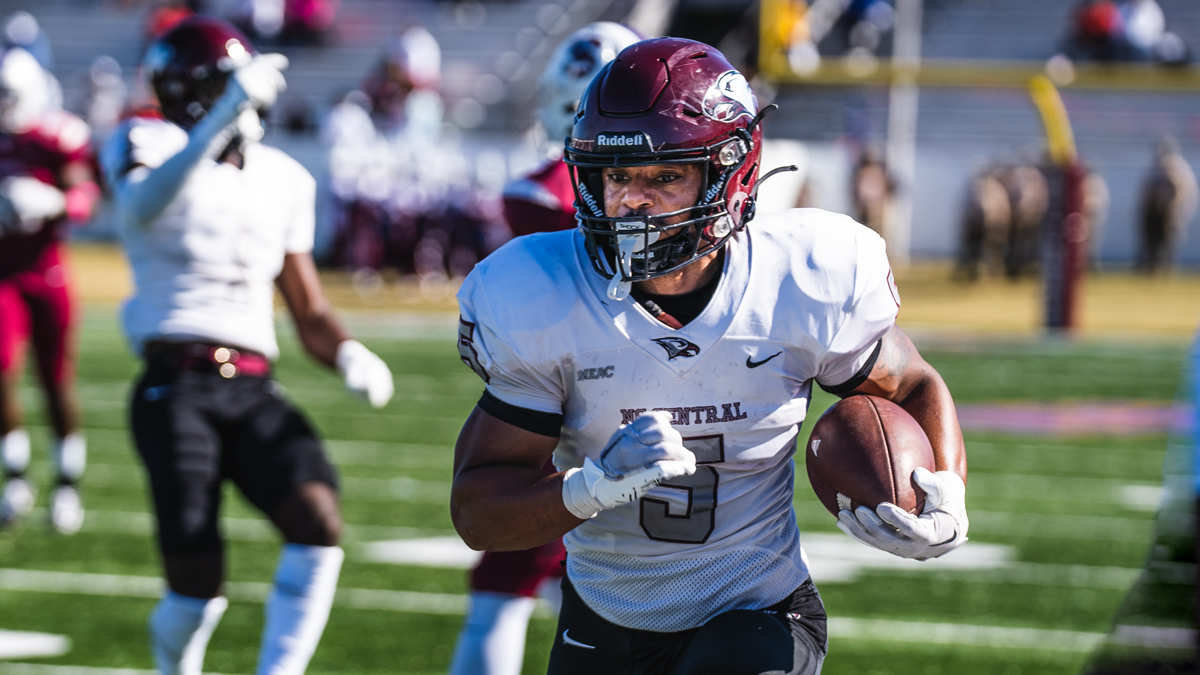 NC Central looking to get back on track against Delaware State

NC Central and Delaware State are both looking to recover from upset losses in Week Eight to stay in the MEAC race.

Delaware State and NC Central hope that all of their preparation has netted them a solid plan of attack for Saturday afternoon’s matchup at Alumni Stadium. These teams are battling to recover from recent losses. Delaware State lost to Howard, while North Carolina Central lost 26-24 to South Carolina State.

Tailback Marquis Gillis will be leading Delaware State in this one. Gillis has rushed for 451 yards this season, scoring four touchdowns on the ground.

Delaware State has a committee rushing offense. No one player has taken more than 31 percent of rush attempts.

The Hornets’ record sits at 2-1 for their last three games, averaging 263 offensive yards per game over that span. They are 3-1 at home so far this year, averaging 24 points per game in those games.

The Eagles’ performance this season has established them as a threat both offensively and defensively. The proof is in the numbers, as they are putting up 321 yards of total offense per contest, while holding opposing offenses to 321 yards per game. So far this season, they’ve had an efficient passing attack, averaging 8 yards per passing attempt.

Latrell Collier gears up after an impressive performance in North Carolina Central’s last game. Collier rushed for 140 yards and one touchdown in the team’s loss.

North Carolina Central’s running game is by committee. No one player has taken more than 31 percent of rush attempts, although

NC Central looking to get back on track against Delaware State