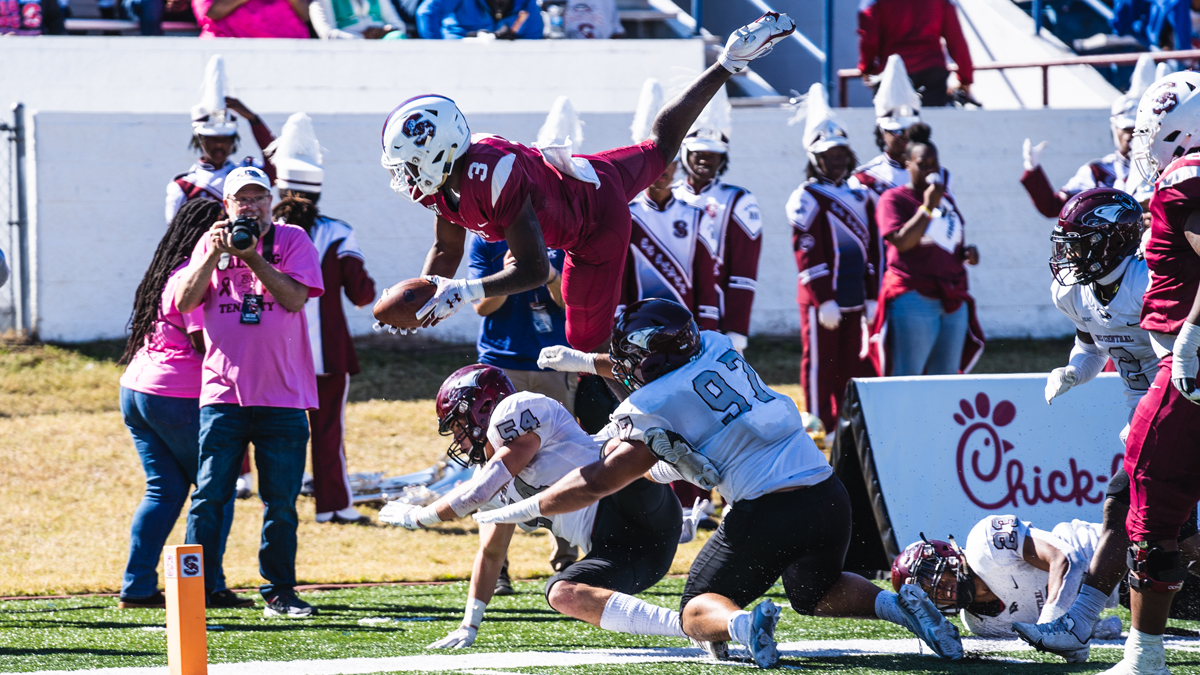 SC State took NC Central down to the wire and came up with a huge defensive play to re-configure the MEAC race.

ORANGEBURG, SC — South Carolina State came into Saturday knowing its back was up against a wall. The reigning MEAC champions opened conference play against an NC Central team that looked to be the league’s top team this year.

But they don’t have all of those MEAC championships up on the press box at Oliver C. Dawson Stadium for nothing.

SC State’s offense came alive and its defense slowed down NC Central enough to come away with a clutch 26-24 win. The game was sealed when SC State defensive back Duane Nichols picked off Davius Richards.

SC State quarterback Corey Fields Jr. had himself a big day, completing 21 of 31 passes for three touchdowns in the win. Two of those touchdown passes when to Shaquan Davis, who caught six passes for 116 yards.

NCCU’s usually high-scoring offense was frustrated at multiple points in the game. Richards, who was added to the Payton Award Watch list earlier this week, completed just 11 of 24 pass attempts and had just one touchdown pass. He did damage with his legs, rushing for 104 yards. However, he was sacked four times. Latrell Collier led NCCU with 140 yards on the ground, including a 60 yarder.

NCCU falls to 5-2 on the season, 1-1 in MEAC play. It must now win out and hope that South Carolina State drops at least two of its final four games. SC State is now 3-4 overall, 1-0 in MEAC play.