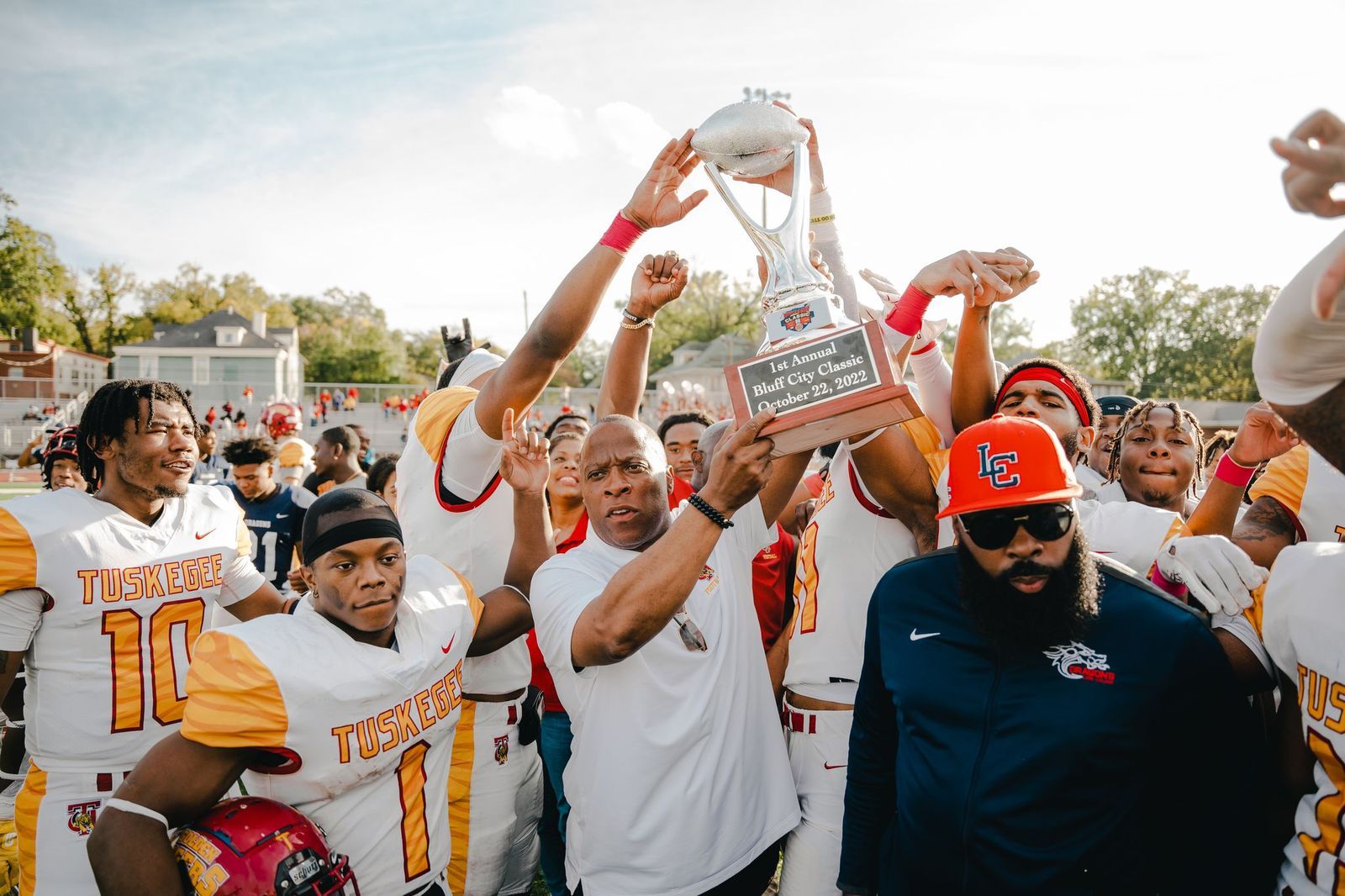 MEMPHIS, Tenn. – In another high-octane Southern Intercollegiate Athletic Conference battle, Tuskegee (6-2, 5-0 SIAC) defeated Lane 35-31 in the Bluff City Classic, held inside of Crump Stadium to win their second Classic game on the year.

The game started off with a bang as freshman Mikael King (Tuskegee, Ala.) returned the opening kick 75 yards to start the opening drive for the Golden Tigers inside the Lane ten-yard line. However, after three straight runs an incompletion caused a turnover on downs at the Lane four-yard line.

Following a punt by Lane, quarterback Bryson Williams (Lithonia, Ga.) led a 11-play, 70-yard drive that was capped off by a six-yard connection with Deondre Harvey (Douglasville, Ga.) for his third touchdown reception of the year.

The Dragons responded with a 30-yard field goal on their next possession, and later took the lead with just over 10 minutes to play in the second quarter after a pick six from Walter Tatum to give Lane a 10-7 advantage.

On the next Golden Tiger drive, Williams found another target for a touchdown, this time freshman Antonio Meeks (Lilburn, Ga.) for a 58-yard score to regain the lead; however, it was short lived as Lane responded with another touchdown drive to go back up 17-14.

Lane gained a double-digit edge early in the third with a one-yard run to go up 24-14, a score that remained until later in the quarter when Williams connected with Meeks again for a 30-yard score to pull within three points heading into the final frame.

After forcing a turnover on downs from the Dragons, Tuskegee found themselves leading 28-24 after a nine-yard scamper from Williams with just under seven minutes remaining. Lane responded with a quick score, traveling down the field with a 75-yard drive to regain a 31-28 lead.

After the extra point, Taurean Taylor (Scottdale, Ga.) came up with a 64-yard kick return, leading to another score on the ground from Williams five plays later to give the Golden Tigers the advantage once again at 35-31 for the final score after another stop by the defense.