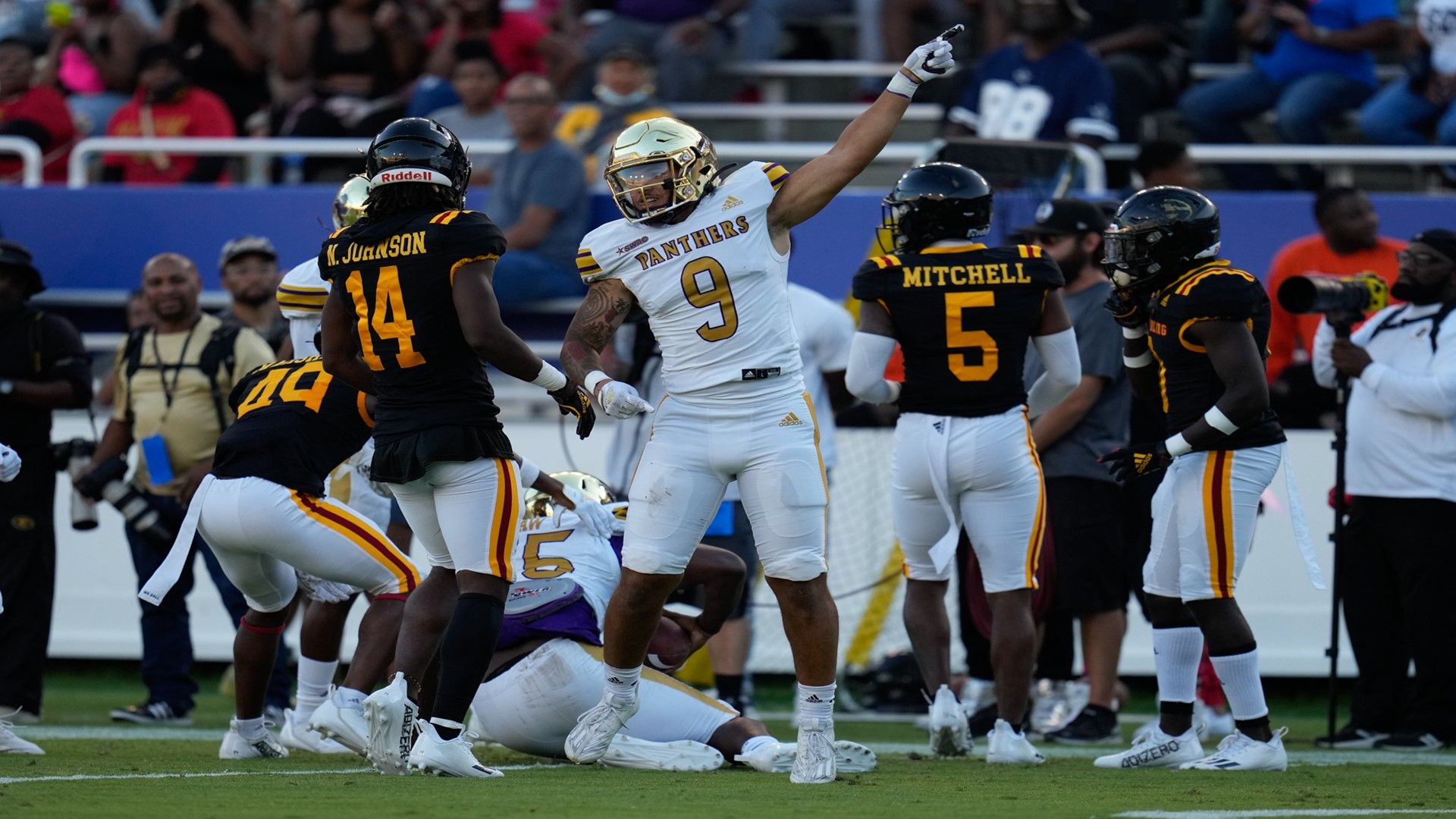 Prairie View A&M got off to a hot start Saturday evening against Lamar University with two first quarter rushing touchdowns.

Prairie View A&M got off to a hot start on the ground on Saturday evening with two first quarter rushing touchdowns. The rest of the game was more of the same as they overwhelmed Lamar University 54-21.

Trazon Connley led the way for Prairie View A&M, showcasing his versatility. He threw for two touchdowns while rushing for another three to wreak havoc on Lamar University’s defense. The team’s success was driven by quick, explosive plays. With only 24 game minutes of possession, PVAMU offense made the most of their limited opportunities. On top of that, Prairie View A&M’s secondary locked in. They held Lamar University to just 3.8 yards per pass attempt.

Lamar University was unable to take the defensive pressure of Prairie View A&M, as they were held to a scoreless final 30 minutes. Losing 54 yards to penalties certainly also played a role in their struggles. Khalan Griffin was a noticeable bright spot. He rushed for 114 yards and one touchdown to lead Lamar University in the loss.

Prairie View A&M’s record improves to 4-3 following their win today. It was more of the same for Lamar University as the losses continue to add up for the season. The Cardinals’ current losing streak dates to September 2. Each team will get their next chance on October 29. PVAMU could potentially string together another win in its next game. They will host a Bethune-Cookman next weekend. The Cardinals will try and get it together next weekend at home. That could be a chance for a win, as they host Nicholls who also comes in with a losing record.