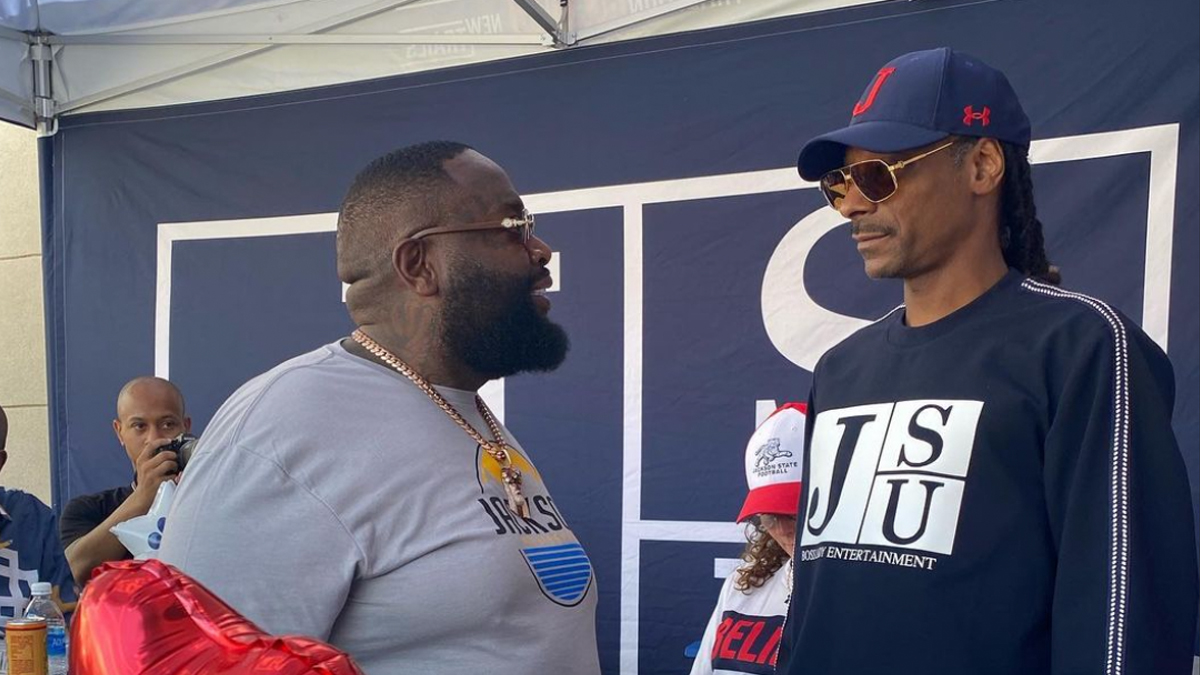 Mississippi’s capital was filled with celebrities on Saturday for Jackson State homecoming — from Snoop Dogg to the cast of P-Valley and many more.

More than 51,000 fans filled into Mississippi Veterans Memorial Stadium on Saturday, including the hip-hop legend and global icon.

“We out here man. We with the SWAC, man, we with the business. HBCU. Big Snoop Dogg, I showed up to the homecoming. You already know what it is,” Snoop said before the game. “It’s family right here. We ‘bout to do what we here.”

And of course, the man that brought him to Jackson, Deion Sanders, made sure to hype him up.

“They say we ain’t SWAC,” Sanders said, alluding to comments made by Alabama State’s Eddie Robinson Jr. two weeks ago. “But we got to be something, cuz we got the D-O-Double…”

“Who is SWAC?” Snoop Dogg asked rhetorically. “What?”

Not to be outdone, the cast of the STARZ hit show P-Valley came through after Deion Sanders invited them earlier this summer. The cast met him before the game and thanked him for the invite and his support. But Coach Prime made sure to give the cast their flowers as well.

Hip-hop superstar Rick Ross came through as well, having a seat on the sidelines in a comfortable chair to watch the happenings.

“All the big boys, I’m inviting y’all to come out here,” Ross said. “JSU. Come on. All the heavyweights. SWAC. Let’s support this black movement.”

It was a hard fought-game, but ultimately Jackson State emerged with a 22-14 win over Campbell. After the game, Snoop Dogg snuck around to celebrate with Deion Sanders and the team.

It was a day Jackson, Mississippi won’t soon forget.