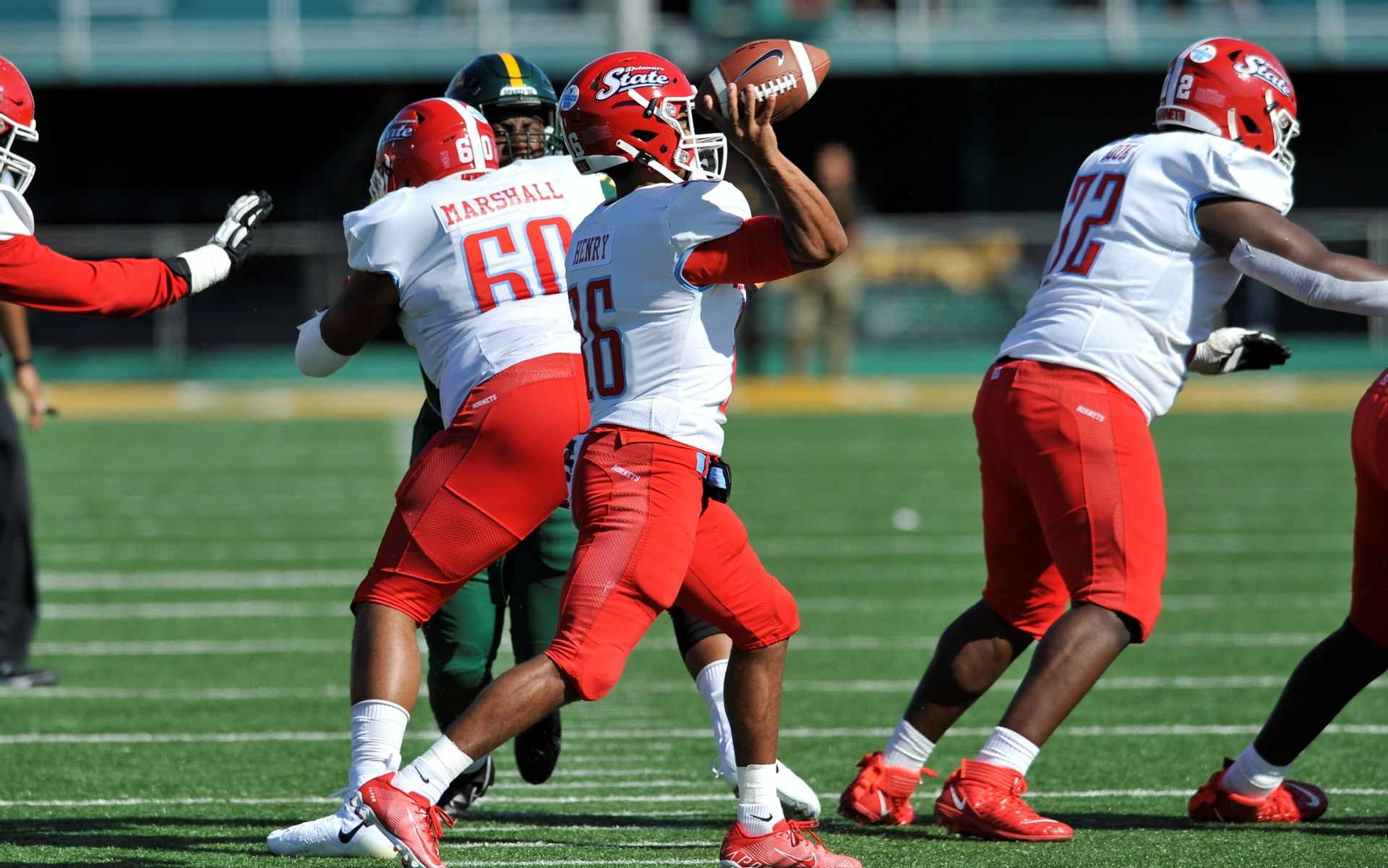 Delaware State went into Dick Price Stadium on Saturday afternoon and outplayed Norfolk State, winning by a final score of 28-7.

Marquis Gillis led the way for Delaware State, accumulating a team-high 123 rushing yards to set the tone. The team’s offense was firing on all cylinders, accumulating 398 total yards. Delaware State’s defense was also solid, particularly against the run. They limited the Norfolk State running backs to just 3.4 yards per rush.

Norfolk State’s run defense was a key issue against the Hornets. They gave up 5.2 yards per carry to Delaware State rushers. Losing 57 yards to penalties certainly also played a role in their struggles. The score might not show it, but Norfolk’s Otto Kuhns had a good game. He went 19-41 for 258 yards.

Delaware State improves their record to 4-2 with the win. Next weekend’s road game could be a good opportunity for a win. Howard has a losing record, which may be favorable, but it offers no guarantees. With the loss, Norfolk State’s record is now 1-6 on the year. Thankfully they’ll have extra time to make corrections before their Oct. 29 contest against Howard.