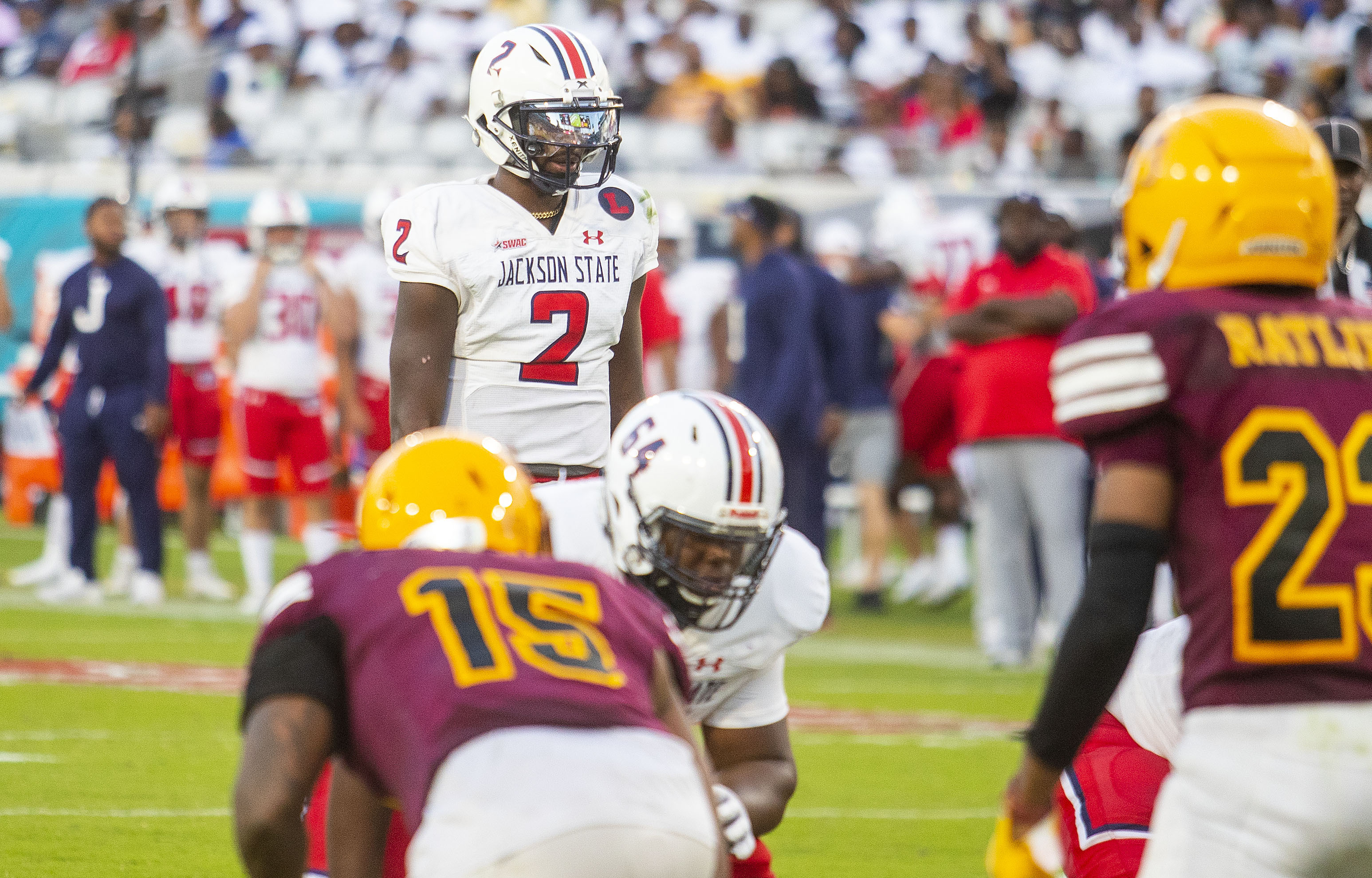 Shedeur Sanders and the Jackson State offense put on a clinic in the first quarter against Bethune-Cookman.

Jackson State had an impressive start to the game against Bethune-Cookman on Saturday evening, scoring a quick 21 first-quarter points. They kept that momentum going, ultimately winning 48-8.

Bethune-Cookman struggled from the start, allowing Jackson State to jump to a 30-0 lead in the first half. On top of that, Bethune-Cookman’s defense couldn’t handle JSU’s running game, giving up 6.6 yards per carry. However, Kemari Averett pulled down a season-high one receiving touchdown to get BCU on the board.

Jackson State maintains a perfect record that will be tested heading into its next game. The string of victories continue to make a strong case for a possible SWAC – East title. It will get its next test when it welcomes Campbell to Mississippi Veterans Memorial Stadium on Oct. 22. Campbell is now 4-2, including a dominant win over North Carolina Central.

For Bethune-Cookman, it was another weekend of disappointment. It has now lost three games in a row. Next weekend’s visit to Itta Bena will be a decent opportunity to bounce back. It will take on Mississippi Valley State University who is 0-6 on the year.