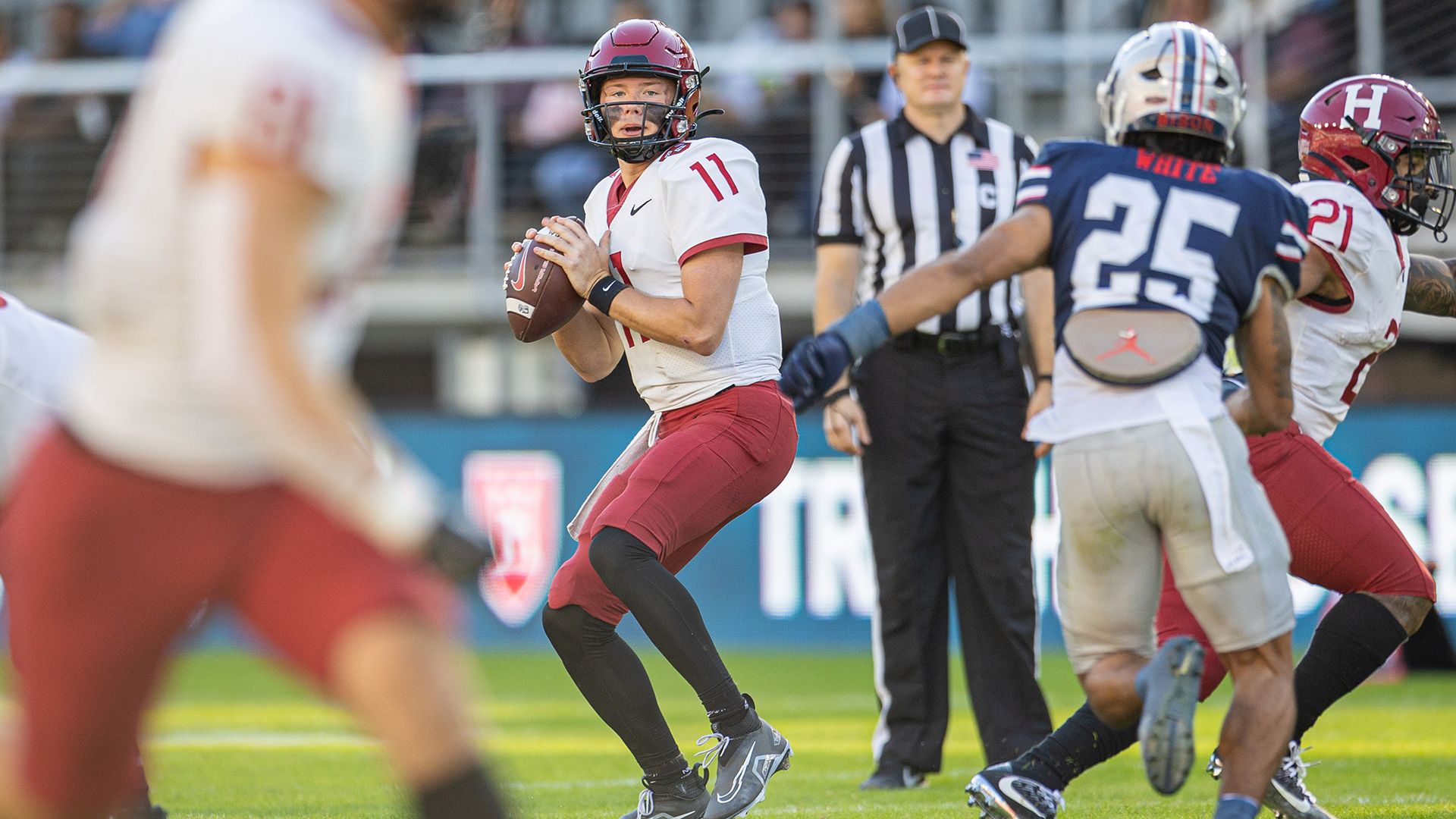 The first half of Saturday evening’s matchup between Harvard and Howard was a competitive back-and-forth affair.

The first half of Saturday evening’s matchup between Harvard and Howard was a competitive back-and-forth affair. Harvard made a statement in the second half, however, pulling away for the 41-25 victory.

Ledger Hatch led the Harvard attack through the air with 91 receiving yards and two touchdown catches. The team’s offense did not turn the ball over all game, while only accumulating five total penalties. The extra care paid off, as the Crimson’s offense was able to sustain drives and amass 376 total yards.

Howard’s pass defense was a key component to their struggles against the. Crimson. They allowed 8.6 yards per pass attempt. Beyond that, there weren’t many glaring errors in their evening, but they just could not maintain pace with the high-scoring Harvard offense. Jaylon Tolbert led Howard, throwing for a season high 207 yards in the losing effort.

Harvard improves their record to 4-1 with the win. They will get their next test when they welcome Princeton to Harvard Stadium on October 21. On the other side, Howard now sits at 1-5 on the year. They will look to rebound in their next game against Delaware State on October 22.