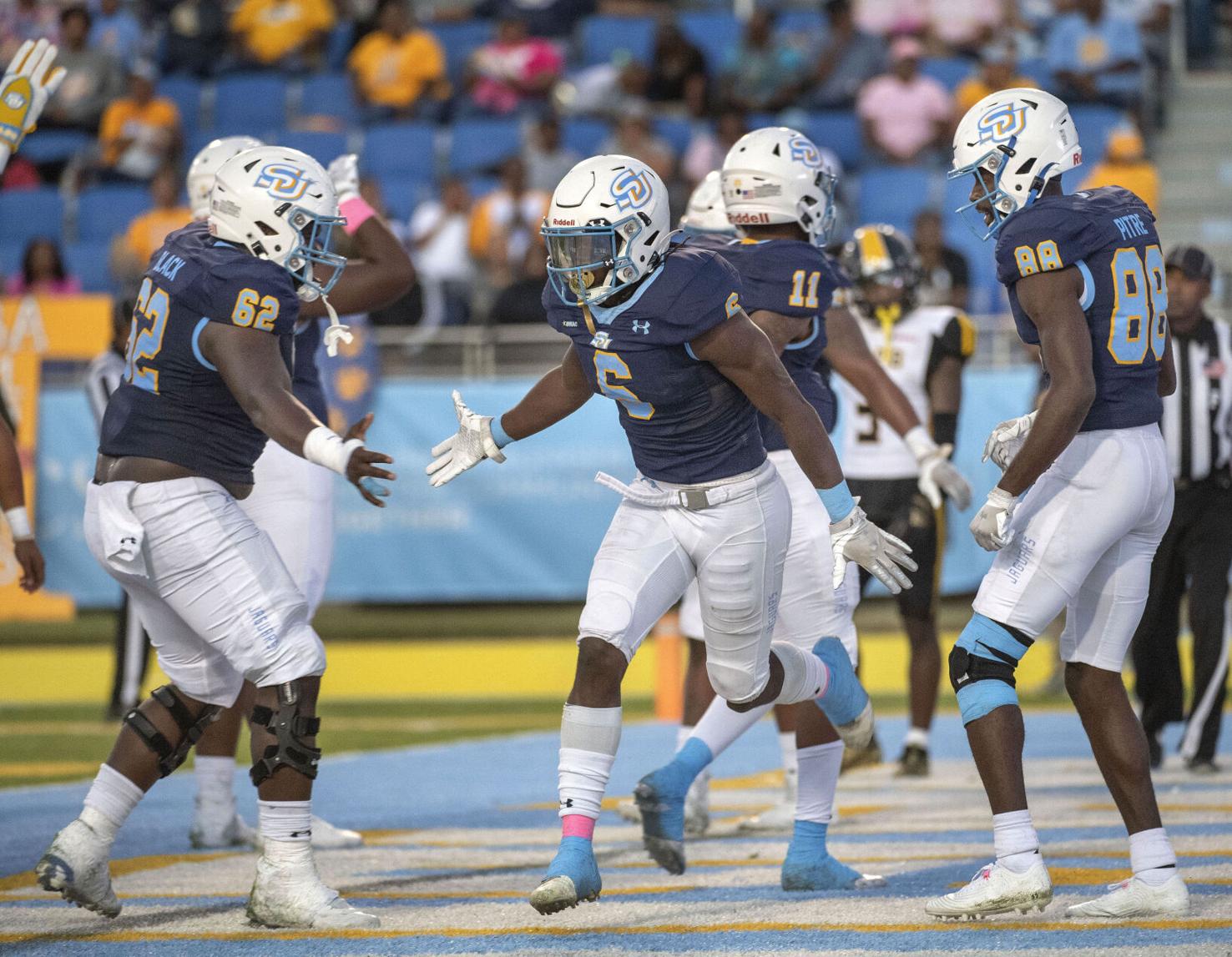 Southern was dominant on Saturday evening at to storm past Arkansas-Pine Bluff in a lopsided victory at A.W. Mumford Stadium.

Southern was dominant in this one, racking up 59 points on Saturday evening to storm past Arkansas-Pine Bluff in a lopsided 59-3 victory.

Besean McCray’s dual-threat ability was on full display to lead Southern. He put up 241 yards through the air and 79 on the ground to keep Arkansas-Pine Bluff’s defense guessing. Extra possessions were a big factor in SU’s success, they won the turnover battle 5-1. SU’s defense was also solid, particularly against the run. They limited the Arkansas-Pine Bluff running backs to just 0.1 yards per rush.

The Golden Lions’ run defense was a key issue against Southern. They gave up 5.6 yards per carry to Southern rushers. They also had trouble holding on to the ball, giving up five turnovers on the evening. Javaughn Williams was a bright spot for the offense, putting up 62 yards receiving on the day to lead Arkansas-Pine Bluff’s pass-catchers.

Southern snapped a two game losing streak with today’s win. Can the good fortunes continue pushing ahead to next week’s game? It was more of the same for Arkansas-Pine Bluff as the losses continue to add up for the season. The Golden Lions’ current losing streak dates to Sept. 17. We’ll have to wait until Oct. 8 to see how each team responds. Southern’s next test is against Prairie View A&M. While Texas Southern travels to Pine Bluff for UAPB’s next contest.