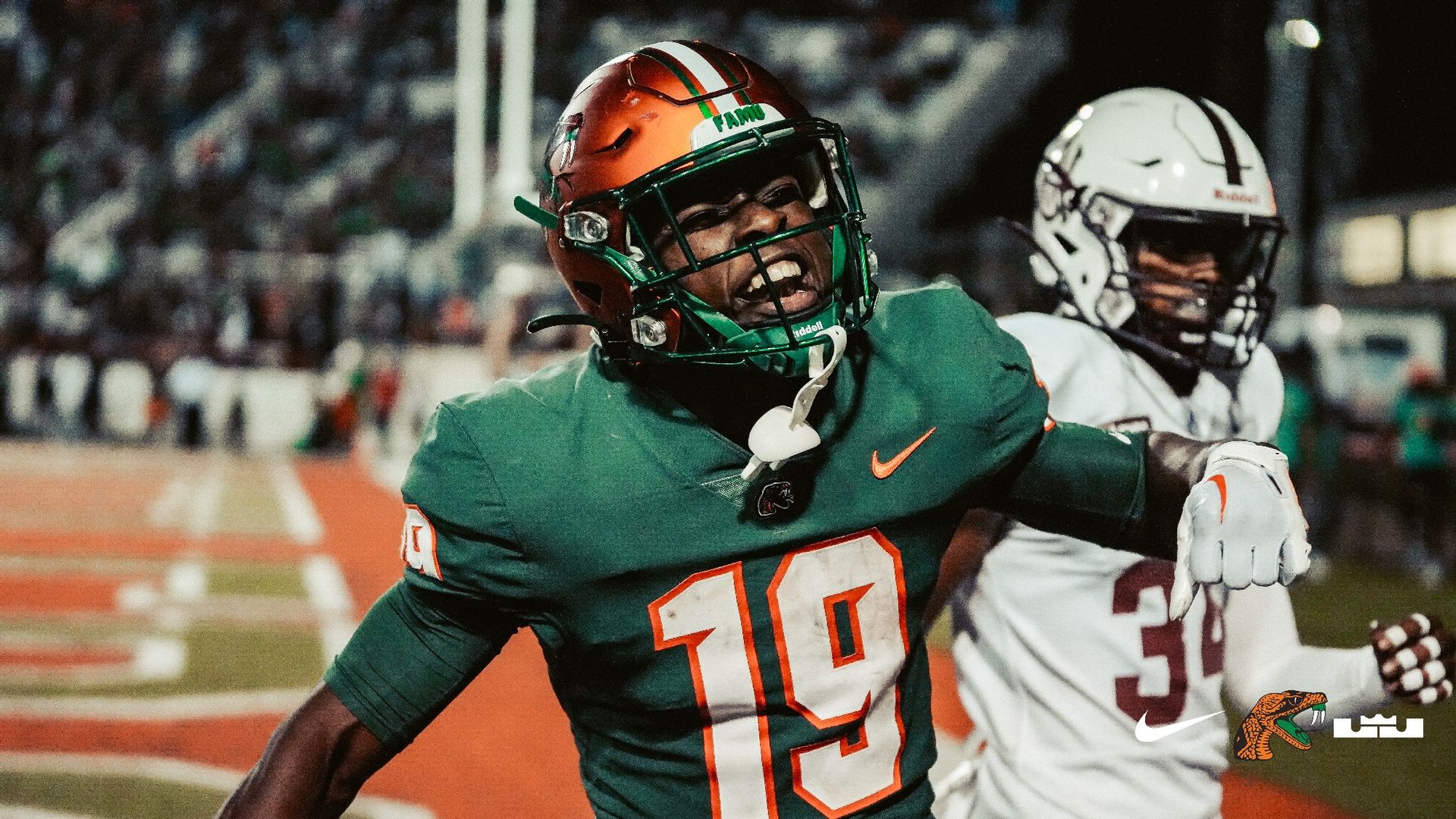 Florida A&M makes a comeback against Alabama A&M in a heated game.

Tallahassee, FL–Florida A&M weathered a quick start from Alabama A&M, coming back from 10 down in the first quarter to claim the victory 38-25.

Xavier Smith led the Florida A&M attack through the air with 99 receiving yards and three touchdown catches. The team’s success was driven by quick, explosive plays. With only 22 game minutes of possession, Florida A&M offense made the most of their limited opportunities. Despite the win, the Rattlers will have areas of emphasis next week in practice. Shoring up mental mistakes and unforced penalties will go a long way as the season continues.

FAMU head coach Simmons was complimentary of the win, but sees room for improvement from the Rattlers.  “I thought the guys did a really good job of coming out the second half,” Simmons said.  “Didn’t play our best ball the first half, left a lot of points on the board, mishaps on defense and special teams wasn’t as sharp as we could have been. The guys came out the second half and played probably for the first time this season Rattler football.”

Xavier Lankford collected 81 yards on the ground to lead the way for Alabama A&M in Saturday’s loss. The Bulldog’s secondary was a different story, allowing Florida A&M offense to rack up 8.2 yards per pass attempt. They also racked up 81 yards of penalties, which proved too much to overcome.

FAMU quarterback Jeremy Moussa put together his best game in the orange and green, completing 23 passes in 41 attempts for 343 yards and three touchdowns with no interceptions.  He completed passes to eight different receivers on the day.

Maynor and Simmons got chippy in postgame

The postgame would get interesting as gamesmanship would come into play and AAMU head coach Connell Maynor took exception to FAMU’s Willie Simmons throwing a pass down the stretch of the game.  With 34 seconds remaining in the game, AAMU scored a touchdown.  Lankford connected with Cameron Young for his longest pass of the day, a 29-yard strike.  With 34 seconds, AAMU called for an on-side kick.  FAMU’s David Manigo, playing on the “hands” team, scooped the on-side attempt and returned it to the AAMU 13-yard line.

Playing backups in the game, Simmons called for a swing pass.  The play would result in a time expiring pass completion.  Yelling virtually from his sideline, Maynor screamed at Simmons as to why he would throw a pass in that situation, Simmons shrugged Maynor off after they shook hands in the middle of the field.

Simmons’ responded to the question in his postgame press conference.  “It’s competitive fire in football, that’s what it is.  Two coaches with a lot of passion and that’s what it is, but I have a ton of respect for Coach Maynor.  He’s one of the Godfathers here.  I consider him a friend and mentor and we’ve battled before and we’ll continue to battle as long as we’re across the field from each other,” Simmons said.

Florida A&M’s win ups their record to 2-2. It was more of the same for Alabama A&M as the losses continue to add up for the season. Alabama A&M’s current losing streak dates to Sept. 2. Both teams play next on Oct. 1. FAMU will look to keep it rolling in their next game against Mississippi Valley State University. While Bethune-Cookman travels to Huntsville for Alabama A&M’s next contest.