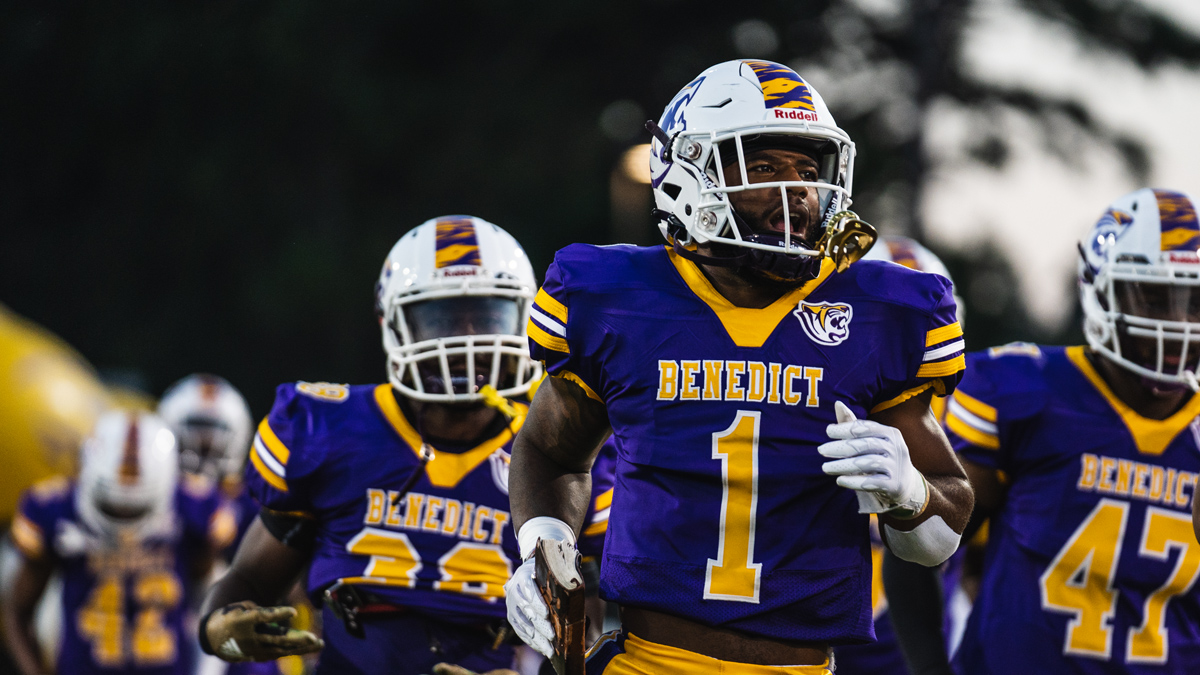 Tigers are rolling and looking for revenge against Kentucky State.

The Benedict Tigers are 3-0 and off to their best start in recent recorded history. They look to continue the success at home Saturday night against Kentucky State.

The Thoroughbreds are looking for their first win of the season after losing three straight, but Benedict head coach Chennis Berry said he still expects a fight from the crafty KSU offense.

“Honestly what they do offensively in running the triple option that’s where we have to be disciplined,” he said. “We have to play with amazing effort. We have to be disciplined, be in our gaps, we have to tackle well because of what they do offensively. They’re a non-traditional offense to the point you don’t see it every day. So we spend a lot of time working on having a plan to be able to slow down their rushing attack.”
Berry added this is an opportunity to avenge last year’s Circle City Classic game in which the Tigers lost to KSU 34-28.

“They beat us last year in the Circle City Classic and they ran the football very well,” he said. “We’ve been finding ways to make sure our guys are where they’re supposed to be and just play good solid defense. More than anything, I think our guys have had a good week of practice. We’ve been preparing our defense and chomping at the bit coming up with a plan to stop a really, really good Kentucky State offense.”
Berry said he’s still looking to play both of his quarterbacks in the contest and likes what he’s seen from both Eric Phoenix and Tyler Lampley.

“It’s been working great. Those guys have been rotating per series, or couple series and they’ve been managing and moving our offense,” he said. “Neither guy has turned over the football, which is what we talked about; being game managers.”

“They both have moved offense, and positive way. They both been good leaders and they’re both talented individuals that deserve the right to play,” he added. “Nobody’s just out beating the other guy that’s why they both continue to play. So they’re just going to continue to be the best at their role, whatever role that may be.”