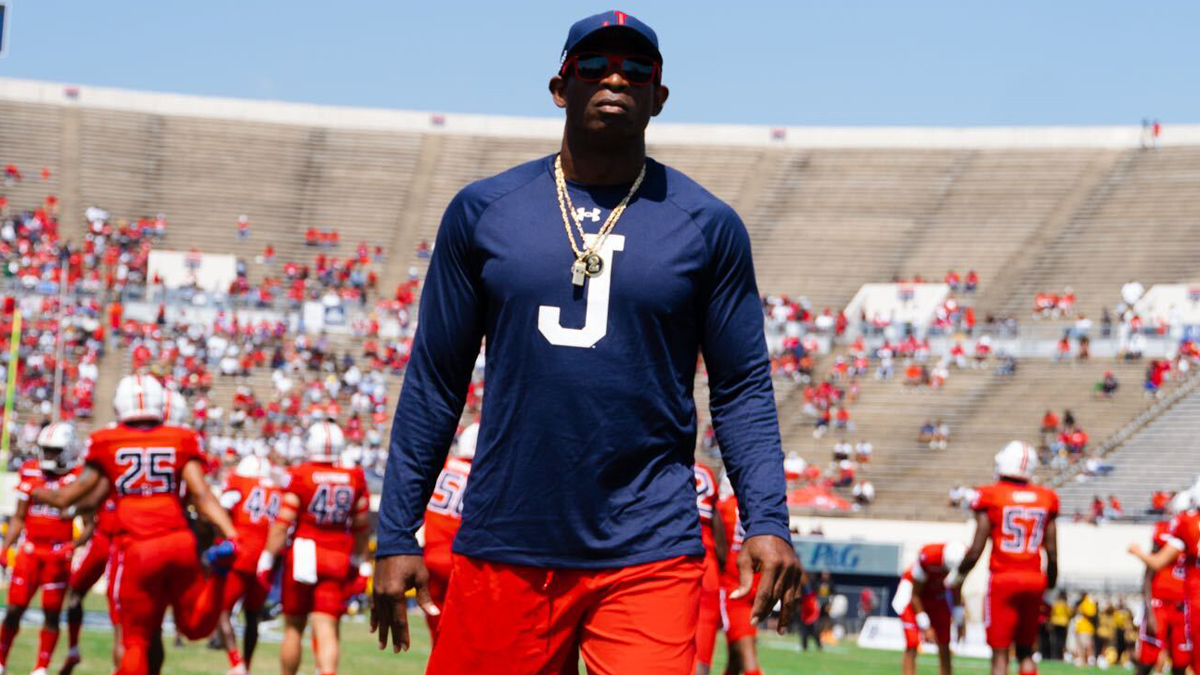 Deion Sanders spoke candidly about the difference between the Jackson State program now to where it was when he arrived two years later.

Nearly two years to the day of taking the head coaching job at Jackson State, Deion Sanders was asked about what the biggest difference was between then and where he is now.

“The first spring, I can’t count that as a season,” Sanders said with a smirk. “I didn’t know them. They didn’t know me. It’s like playing a pickup football, man. We had a bunch of guys in the locker room. They probably didn’t know the shape of a dern football and the nuances of the game.”

Jackson State went 4-3 during that abbreviated spring season. It has gone 14-2 since then, including a 3-0 start to this season.

“So these are totally different individuals. These guys that we have in this locker room now —  they have a burning desire to make it to the next level. They take this game serious. They know this game can rescue generations and give wealth to generations.

Two of JSU’s new additions via the transfer portal have shown up big early this season.

Dallas Daniels is a grad transfer from Western Illinois. He had seven catches for 120 yards and three scores in Jackson State’s 66-24 win over Grambling State on Saturday. Sanders says he wasn’t surprised by his performance.

“Dallas hadn’t emerged. Dallas been Dallas. We just got to get him the ball a lot more. Dallas is a darn pro man. He’s a pro,” Sanders said with subdued excitement. “The way he approaches, practices, the way you approach his game, the way he takes care of his body, where he gets his treatment, he’s never late. Anything, always on time or early. Dallas never complains.

Dallas is a pro. He’s the kind of guy when he have a drop, he’s cool. We’re good because I know you’re going to make that up. He’s that kind of kid and I’m proud of him.”

Another new transfer paying dividends is running back Syveon Wilkerson. Wilkerson spent 2021 with Delaware State, becoming one of the top backs in the MEAC. He hit the transfer portal and landed at West Virginia, but found his way to Jackson State. The move has paid off for both him and the program.

“I think he’s changed the face of the offense —  the face meaning we’re not just a drop back passing team,” Sanders said of the Chicago native. “We could turn around and hand that thing off and be just as potent. I mean, I think he’s going over 100 in the last two weeks, probably would have for 100 in the first week  — if we had started him — but he earned it. He earned the job and he’s doing a phenomenal job.

Sanders described Wilkerson as a “banger.”

“He’s something to deal with because when you get to the second level, it’s not too many defensive backs that want to see that coming.”