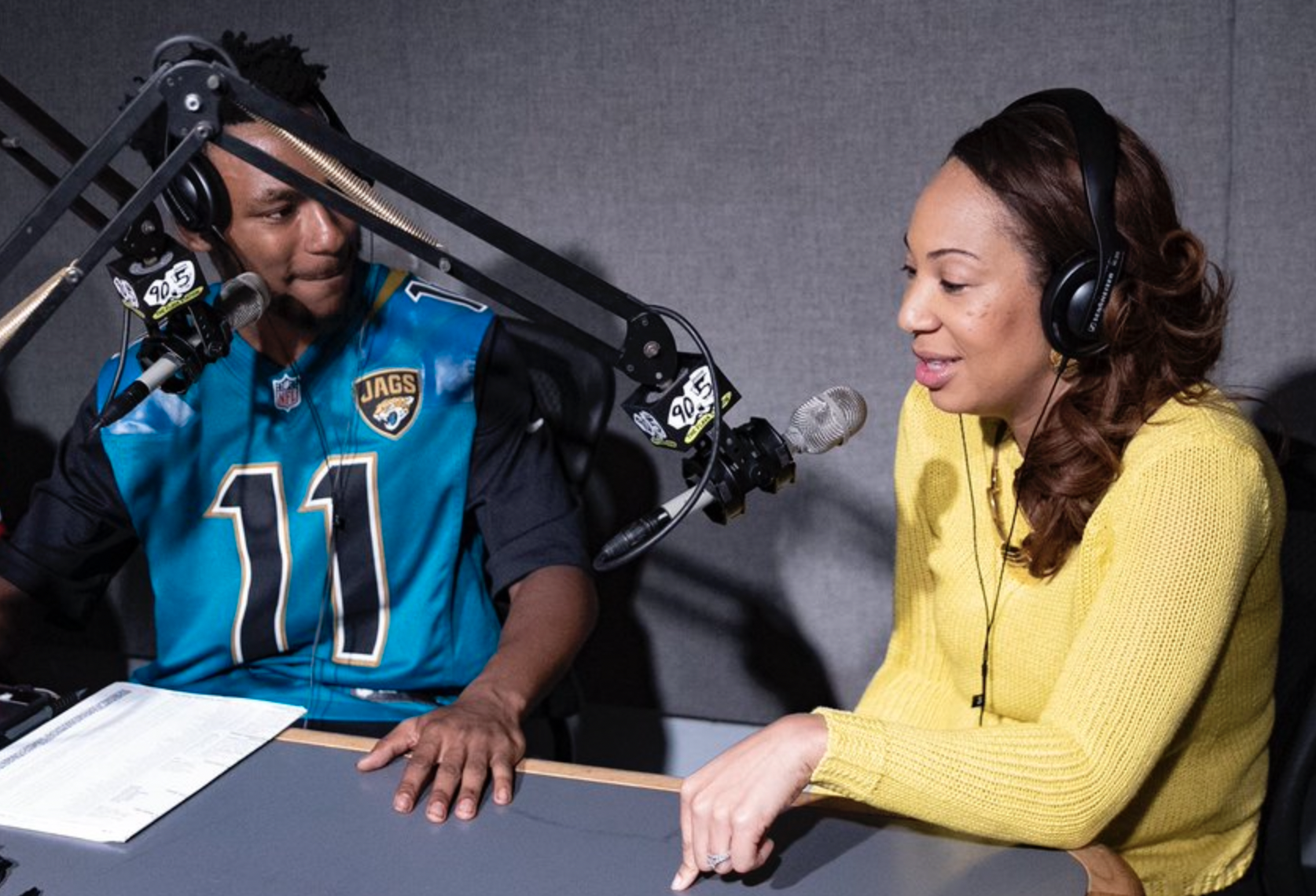 WINSTON-SALEM, N.C — When she was a young child, Tiffany Greene got a Tampa Bay Buccaneers uniform from her grandparents, the then-popular creamsicle-colored gear. She went into her backyard and threw a football to herself, thinking she would someday play in the National Football League.

Today, Greene still harbors dreams of the NFL, but in a different vein.

“Would love to call NFL and NBA gams,” Greene says. “I grew up watching them. So I would love the opportunity to call them consistently.”

That would be the next, if not the highest, rung for Greene in a career that moved from being a reporter-photographer for a 24-hour news network to becoming one of the prime play-by-play announcers for ESPN’s coverage of HBCU football. It’s especially close to her heart since she attended Florida A&M.

And while women have yet to suit up for a professional football game, Greene, the first Black woman to serve as a play-by-play commentator for college football on ESPN. says she had the early ambition to believe she could be a part of it in a different way.

“But I thought, how cool would it be that you call a Super Bowl like you’re there?” she says, recalling that early desire. ” I can’t play football, but I could certainly talk about it, there on the biggest stage. So, just dare to dream.”

WHERE GREENE GOT HER INSPIRATION

Greene got her inspiration for sports broadcasting from watching the Chicago Cubs telecasts at home on WGN, with Harry Caray, Steve Stone and Thom Brennaman. She took her personal experience, which she described as a “cutthroat internship” to the point that she would mimic the players holding their big wads of chewing tobacco in their jaws. In her case, however, it was fruit snacks.

“But I could sit there and regurgitate all their stats, all of their information, and nobody was there to call it with me,” she says. “So I would just kind of call what I’d see and then practice my home run calls … “

But the prime motivator was found right in her own home. It was her father, Dayle Greene, the first Black news anchor in the Tampa Bay market. And when she told him what she wanted to be when she grew up, he had sound advice for the young Tiffany.

“And when I told him that I was interested in becoming a sportscaster when I was in kindergarten, he pushed me from that day forward in his gentle, giant way,” she says. “So my dad certainly believed in nudging you along, being persistent, and reminding you of the things that you said that you wanted to do in a very kind way.”

Her father gave Greene multiple suggestions, like attending the Buccaneers’ fan appreciation day and asking to interview players, writing letters to the editor at the newspaper to express herself on how the team was playing. Anything, he told her, to get involved.

Her grandparents also fed into the dream. Her maternal grandmother was a basketball coach in the Orlando area and her grandfather played baseball. Greene collected baseball and football cards, hung sports posters on the walls in her room. “I was a sports junkie and I wanted to be connected to sports any and every way possible.”

THE GOALS SHE SET

The idea, she says, was to be an anchor and a reporter, because that was the path everyone followed if they wanted to be on television. So, she aimed at being a part of the morning show at her high school as well as writing for the school newspaper. Away from that path, Greene played basketball, was a band member and was involved in student government. The athletic portion of her path soon waned as her parents urged her to focus on academics.

As time progressed and Tiffany Greene became a student at Florida A&M, Dayle Green imparted his experience on his daughter’s ambitions, suggesting that she would always have to be on her game.

“You know, whatever you’re doing, it’s never enough,” she recalls him saying. “So you can celebrate much like an athlete does when they win a game or had a really strong performance in a championship, right? But you only celebrate that for 24 hours, and then you go back to the lab and get to work again.”

One of her games actually turned out to be bowling. Greene earned a scholarship, was part of the team for two years and had a 200 average. But broadcasting was where she wanted to be, and she picked up the trail in Savannah, where she was a one-woman band, meaning she shot the video she would appear in. More than three years later, she was in Orlando, and her career would change direction.

THE PATH TO HER DREAM JOB

Greene became a feature reporter for a 24-hour news network. A 24-hour sports network was spun off from that, and the door to the place she wanted to be had been opened.

“That made all the difference in the world because how many times or how many places do you find with play-by-play openings? Not very many, unless you create them when you’re in a school or radio stations,” she says.

She raised her hand, and Greene soon was calling basketball and softball. She picked up volleyball as well, though admitting her experience in that sport was limited to doing highlights. The next move was sideline reporter for football. Soon, ESPN came calling, aware of her work at Disney’s Wide World of Sports.

There was more sideline reporting for non-conference college football games, primarily in Florida, and through a connection at the network, Green also went to a Women’s Final Four. There was more softball as well.

In 2017, the biggest of the breaks for Greene came. She would be on the call for Alcorn State and Alabama State in Montgomery, Alabama. As she walked the streets in advance of the broadcast, she recalls her mind was in fifth gear.

“I was all in my head and I was trying to find ways not to be nervous,” she says. Finding her calm place meant going to her comfort place.

“I love music, so I use music to try to calm me down,” she says. “I’m an active person. I like movement, so that helps to calm me down. So I would either rub my ears and I just kind of sway back and forth in between breaks.”

With her career in full gear, Greene is not only the voice of HBCU sports. She is the co-host, along with Jay Walker, of “Black College Live,” which is the pregame show featuring football and the culture surrounding it. She is also an advocate for getting the most exposure possible for everything from the Mid-Eastern Athletic Conference to the Southwestern Athletic Conference and everyone in-between.

“So, it’s nice to be one of the voices that helps usher us into this new era of HBCUs, the renaissance, the resurgence that we’re seeing.” she says. “And we continue to fight internally to make sure that HBCUs are thought about and prominently placed in our shows, in the live productions that we do.”

Greene won’t be on the HBCU scene this weekend. She’s doing play-by-play for the game between Baylor and Iowa State. But like the athletes whose exploits she will be describing, she still harbors the idea that she will be working on Sundays before long, and adding the National Basketball Association to her resume. She points to Greg and Bryant Gumbel, Pam Oliver, Jayne Kennedy and Robin Roberts as the people who paved the way for her to find her place and provide a path for those who would follow.

“I would love the opportunity to call them consistently. I think that is, from a broadcasting perspective, my next goal,” she says. “I think also, it’s been placed on my heart to find a way to build community, and one of the ways I feel like I can build community is by arming and equipping young brown and Black men and women to follow in my footsteps.”