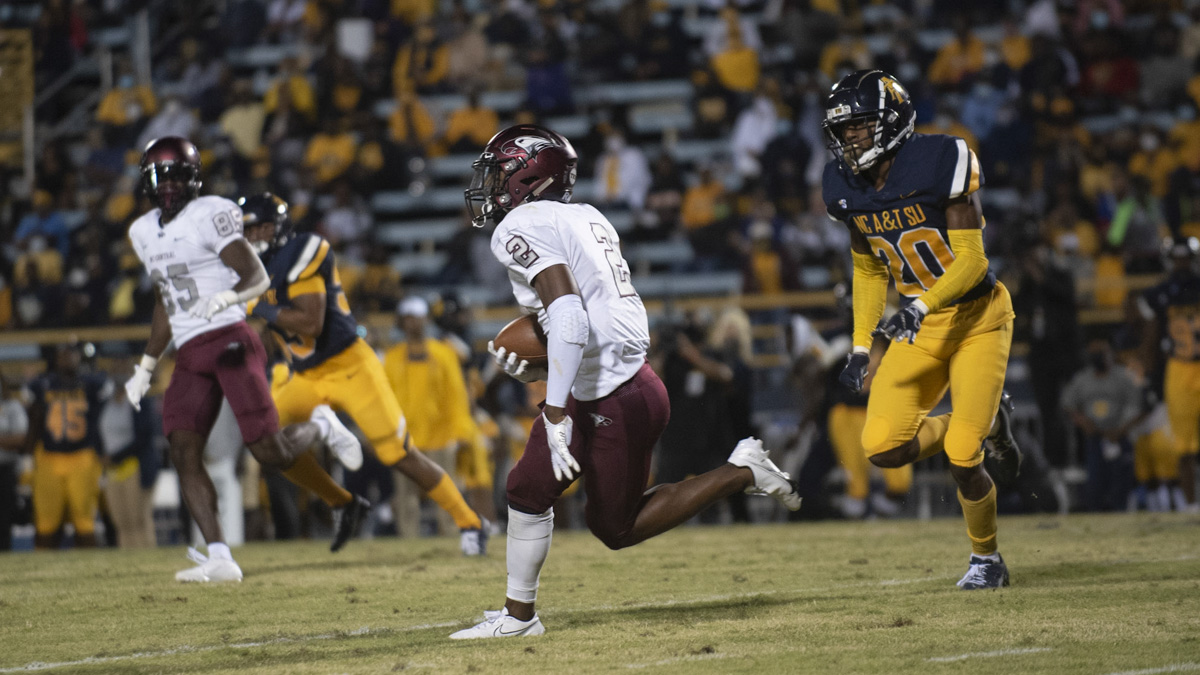 HBCU football programs work their way in (and in one case) out of national polls in their respective divisions.

New polls are out heading into Week Four and HBCU football programs continue to gain recognition.

North Carolina Central made its debut in a major national FCS poll, as did Virginia Union at the Division II level. But Bowie State dropped out of its poll while Jackson State stayed put.

Jackson State remains the highest ranked HBCU in national polls, remaining at no. 11 in the FCS Coaches Poll and the STATS FCS poll. JSU withstood a first half challenge from Grambling State before rolling to a 66-24 win over the SWAC foe.

North Carolina Central is now the second-ranked HBCU program on the STATS FCS poll. NCCU is currently no. 25 on that poll after knocking off New Hampshire on the road. It is just outside the FCS Coaches Poll, tied with Furman with 47 points to land just outside the top 25.

Bowie State, the long-standing HBCU football program on Division II Top 25 polls, has fallen to the wayside. BSU fell 17-14 to Shaw University in its first loss against a CIAA football program since Oct. 2017.

Albany State rose one spot, jumping from no. 21 to no 20, on the American Football Coaches Association (AFCA) Division II poll after defeating Shorter on Saturday.

Bowie State’s departure from that poll, along with its 3-0 record, helped Virginia Union move in to the AFCA top 25. VUU is now ranked 22nd in that poll after beating Livingstone 42-6 at home on Saturday, one week after it took down then-no. 2 Valdosta State. It is its first time in the poll since Oct. 2019.