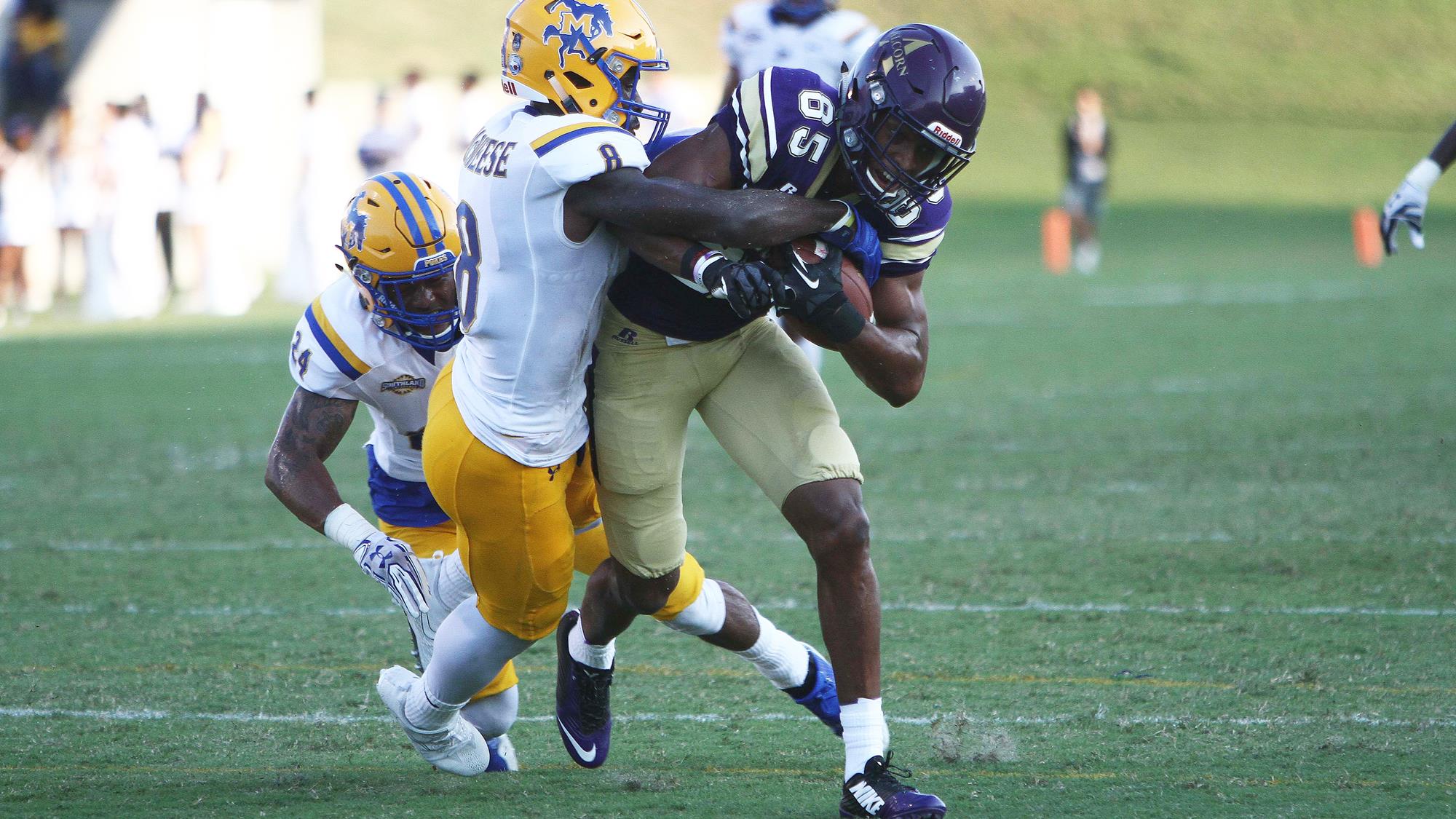 Alcorn State serves up some revenge against McNeese

Scoring 21 straight points in the second quarter, Alcorn State finally got their revenge on Saturday night at Cowboy Stadium against McNeese

After losing against McNeese the last time they met, Alcorn State finally got their revenge on Saturday night, winning 30-19.

Deonta McMahon collected 102 yards on the ground to lead the way for McNeese in Saturday’s loss. The O-line was a weak spot for the Cowboys, They were pressured into 10 sacks. They also had trouble converting drives into points, opting for seven punts on the night.

This win snaps a two game losing skid and finally gives fans of Alcorn State something to cheer about. They will get their next test when they welcome Arkansas-Pine Bluff to Jack Spinks-Marino Casem Stadium on Sept. 24. For McNeese, it was another weekend of disappointment. They have now lost three games in a row. They will look to rebound in their next game against Mississippi Col. on Sept. 25.

Story Lines
• Redshirt senior wide receiver CJ Bolar enters the weekend having caught at least one pass in 11 consecutive games dating back to the 2021 season.
• Alcorn State is seeking it’s first-ever win against McNeese State, as the Cowboys hold a 4-0 lead all-time in the series. The Cowboys’ average margin of victory over the Brave in Lake Charles, Louisiana has been 21.5 points.
• Alcorn’s offensive line was a source of attention for Head Coach Fred McNair during the offseason, as the Braves are tied for 15th nationally and lead the Southwestern Athletic Conference (SWAC) in sacks allowed – 1.0 / game.
• In the shutout defeat last weekend at Tulane, it was Alcorn’s first shutout since suffering a 41-0 defeat at Georgia Tech in the 2018 season opener – a span of 37 games scoring at least three points.
• With 199 yards rushing against 10th-ranked Stephen F. Austin in the season-opener, redshirt senior running back Jarveon Howard became the first Braves player to rush for 150-to-200 yards in a game since De’Shawn Waller against North Carolina A&T in the 2018 Celebration Bowl.

Series Notes
• McNeese State leads the all-time series against Alcorn by a count of 4-0…
• Under Head Coach Fred McNair, the Braves are 0-2 against Cowboys…
• In the last meeting in 2019, the Cowboys escaped Jack Spinks – Marino Casem Stadium with a 17-14 win…

Alcorn State serves up some revenge against McNeese