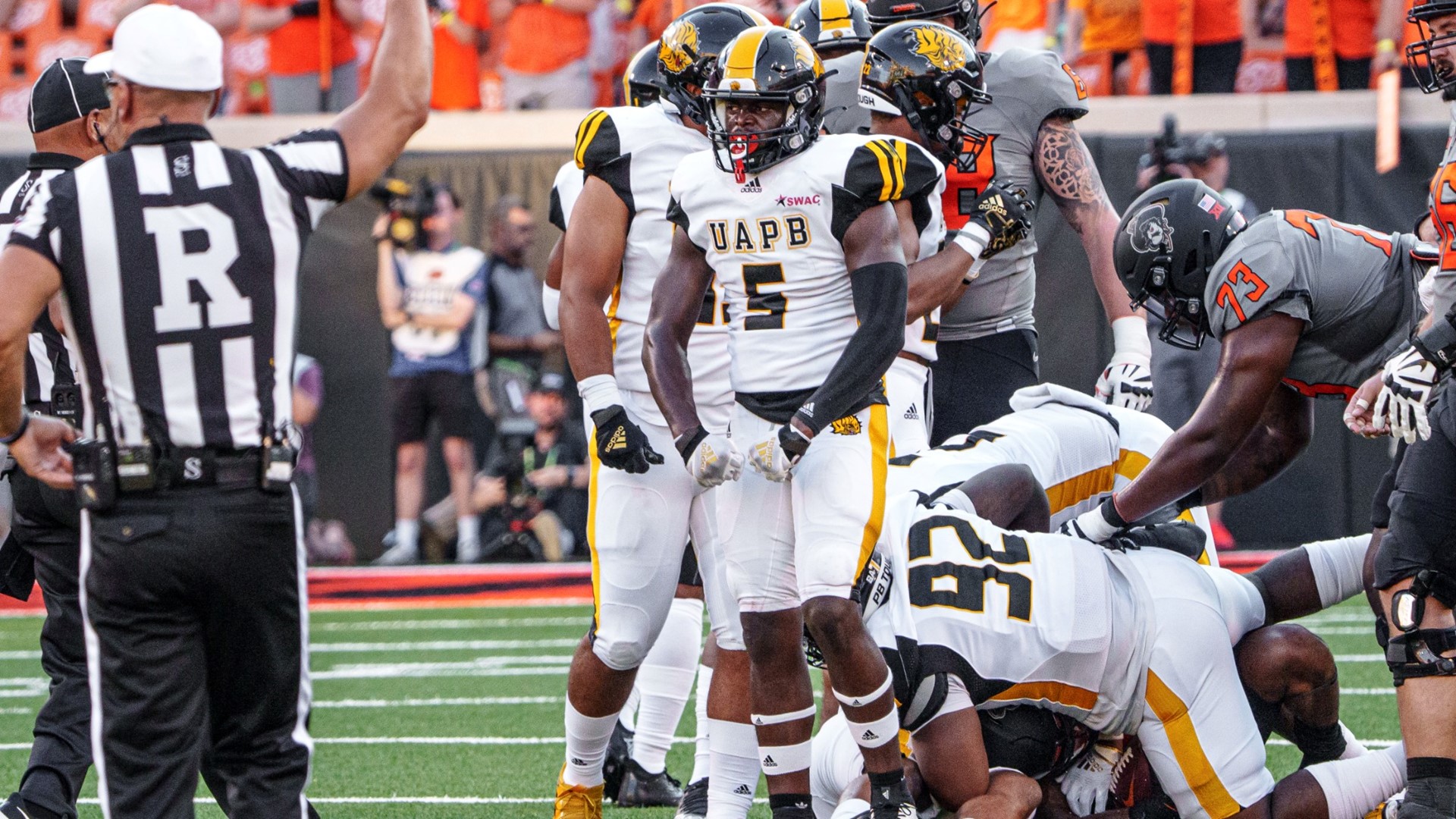 Oklahoma State got off to a hot start through the air and maintained the momentum on Saturday against Arkansas-Pine Bluff.

Oklahoma State got off to a hot start through the air on Saturday with four first quarter touchdowns. They kept it up the rest of game to defeat Arkansas-Pine Bluff 63-7.

Spencer Sanders led Oklahoma State’s aerial attack with 242 yards and four touchdown passes. The team’s success was driven by quick, explosive plays. With only 22 game minutes of possession, the Cowboys offense made the most of their limited opportunities. On top of that, Oklahoma State’s secondary locked in. They held Arkansas-Pine Bluff to just 3.6 yards per pass attempt.

Arkansas-Pine Bluff’s run defense was a key issue against Oklahoma State. They gave up 6.2 yards per carry to the Cowboy’s rushers. In addition, the O-line was not in sync, allowing four sacks. Raequan Prince led the scoring for Arkansas-Pine Bluff with one touchdown catch.

Oklahoma State improves their record to 3-0 with the win. With a bye coming up on the schedule, they’ll have an extra week of preparation for their next game against Baylor on Oct. 1. The loss was a setback for Arkansas-Pine Bluff, who had put together a string of wins heading into today’s game. They will look to rebound in their next game against Alcorn State on Sept. 24.