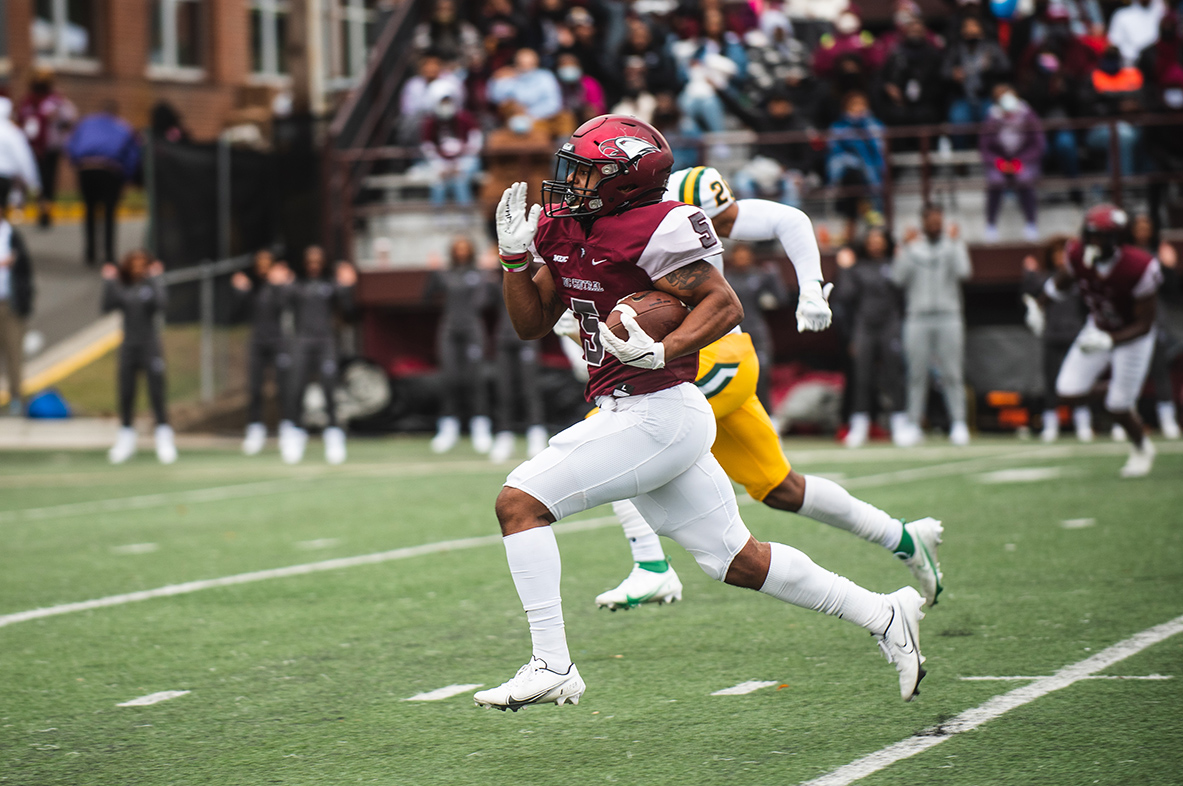 WINSTON-SALEM, N.C. — On both offense and defense, NC Central coach Trei Oliver says the running game will be the key to beating New Hampshire in the first true road game of the season.

“They have a very good football team. I think they’re big and physical upfront and they have an outstanding running back,” Oliver said during the Mid-Eastern Athletic Conference’s weekly coaches’ call. “We’re going to have to stop the run.”

In beating Albany, 28-23, last weekend, junior Dylan Laube ran for 202 yards and three touchdowns. New Hampshire ran for just 81 yards in their victory over Monmouth to open the season, and Laube had 63.

For his performance, Laube was named Colonial Athletic Association co-offensive player of the week.

“They lean on him and they have a very good offensive line,” Oliver says. “He’s very good, great balance, great speed, great vision.”

Stopping Laube will require defensive discipline, which Oliver explains as not getting out of position or character.

“So, we’ve got to make sure that we’re paying attention, we’re in our gaps and don’t try to do too much,” he says. “So I think that’s where we get in trouble, sometimes guys trying to do too much and make plays..”

NC Central had success running in the rain against Winston-Salem State in taking a 41-0 victory. Latrell Collier rushed for 118 yards and two of the touchdowns. The Eagles finished with 260 yards on the ground, and Oliver is counting on a similar effort next weekend. If the running game is effective, it might allow quarterback Davius Richard to operate.

“We’ve got to get our ground game going like this past weekend,” he says “We talked about that or we preached it. Everything starts up front with the run.

“So, if we can run the football, that will create those passing lanes and those windows for Davius to exploit them on the back end,” Oliver adds.

One aspect of the matchup gives Oliver a sense of hope that he can guide the Eagles to a 3-0 start, which hasn’t happened since 2006, when the team finished the regular season 11-0 and lost in the first round of the playoffs. That year, Oliver was coaching the wide receivers for the Eagles.

” … Athletically, I like the matchups, that we have,” he says. “I like our team speed. And if we can get those guys in one-on-onw matchups, I like our chances. But if we let them sit back and dew de rtbhe run with four or five people in\ the box and they can play coverage, it’s going to be a long day for us.”

On the other hand, Oliver also suggests he’s already played a team like New Hampshire, one that he beat to start the year.