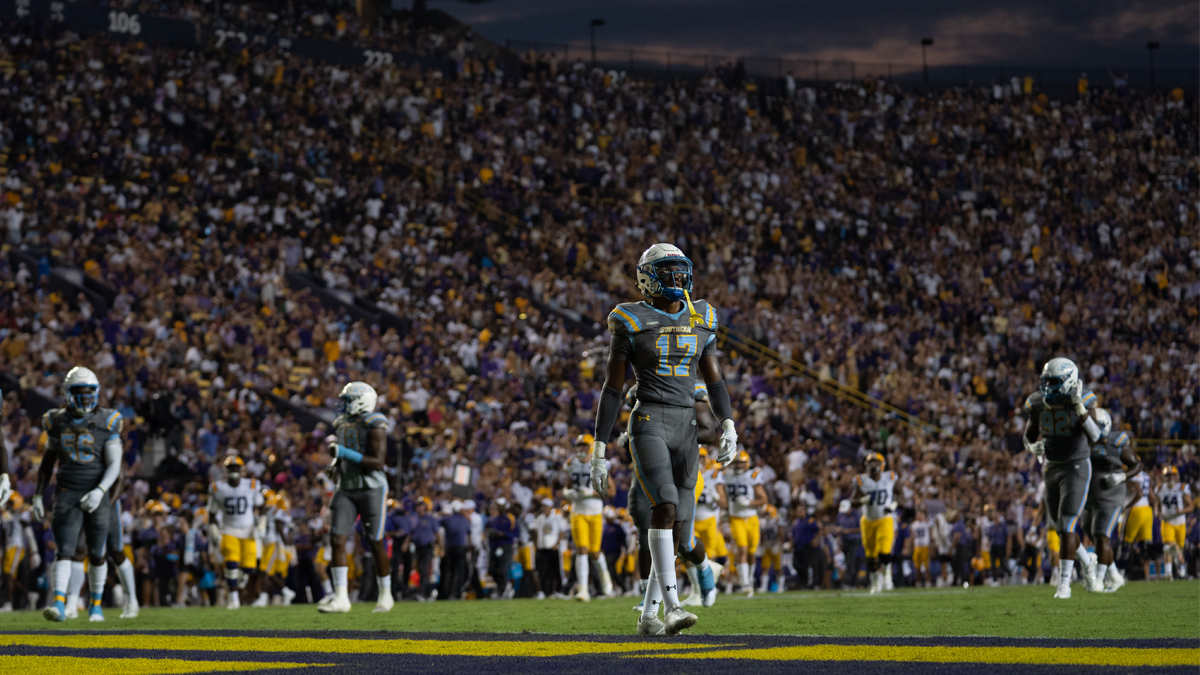 Deion Sanders calls the amount of money HBCUs are getting paid by Power Five programs the ultimate sellout.

Deion Sanders has made it known he’s not a fan of HBCUs playing Power Five programs, but if they are going to do so, he thinks the bar should be set high.

Week Two of college football saw several HBCU programs taking on Power Five programs across the country. At the end of his time at the SWAC weekly media press conference, Sanders addressed the dollar amounts of HBCU programs playing against Power five competition.

Of course, all of those were FBS programs — albeit at the Group of Five level.

Sanders then compared that with the numbers that HBCU programs got to play against Power Five programs over the first few weeks.

“FAMU got $450k to play against North Carolina. Southern, thank God, you got $760k. I like that. Alabama State $590k from UCLA. You’re probably exhausted that on a flight going all the way across the country. Bethune-Cookman — I don’t even know what their payout is — we’re still trying to find out that. Alabama A&M, $300k to play against UAB. If we’re going to get our butts kicked, shouldn’t it be worth it?”

Deion Sanders went on to propose an HBCU committee to negotiate a standard for guarantee games.

“Have the level be $750 or a million,” Sanders said. “Have something. Make it worth your team’s while, because you’re going to lose players. You’re going to lose pride and dignity when we’re sitting up here telling you we’re just as good but you go out there and show that we’re not as good, we’re not nearly as good — and then you’re losing three to four players because of the type of beating you got and now you’ve got to lift them and build them back up…”

And when they get the payouts, Sanders said, the money should go directly to the athletic department.

Jackson State has played just one game against FBS competition since hiring Sanders as head coach nearly two years ago. That was against Louisiana-Monroe, a 7-6 loss. Since then, Sanders has consistently stated that he’s against playing such matchups.

Notre Dame, which lost to Marshall on Saturday, is set to pay Tennessee State $1 million to play next year.