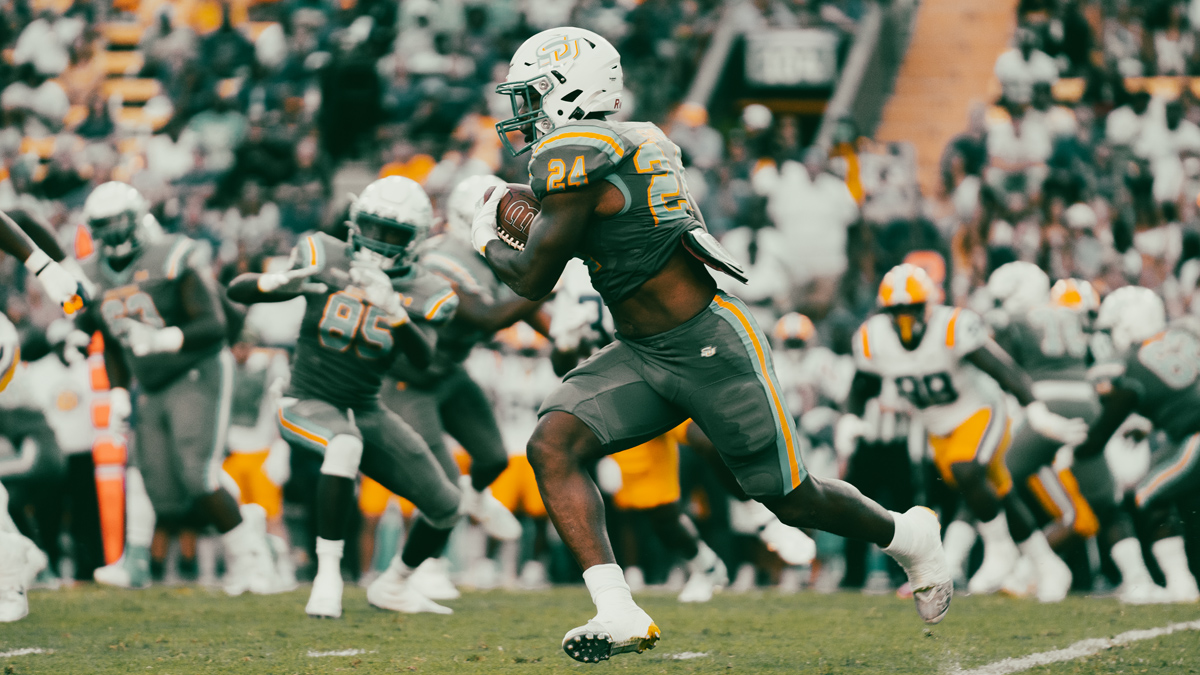 Jackson State remains atop the HBCU Gameday FCS Staff poll as the season rolls on to Week Three.

The HBCU Gameday Staff FCS Poll rolls on to week two, with Jackson State once again leading the way.

Jackson State won a top 10 matchup last week and it has another one coming up this week when it faces Grambling State. Here’s how the top 10 looks heading into Week Three.

1 — Jackson State   (50 points)
Saturday’s win in the Southern Heritage Classic wasn’t nearly as dominant or as pretty as Week One, but the defending SWAC champs held a solid Tennessee State offense to just three points.

2 —SC State (43 points)
The reigning Celebration Bowl winner and MEAC champion came away with a solid win against Bethune-Cookman to even the score between the MEAC and SWAC at one all.

3 — NCCU   (41 points)
After an emphatic win over A&T, NCCU pounded on hapless Winston-Salem State to improve to 2-0.

4 — Southern (30 points)
Southern had a solid showing against LSU minus the turnovers. That should bode well in SWAC play.

5 — Hampton (25 points)
Hampton took care of business at home against a subpar Tuskegee program to inch its way into the Top Five. An impressive showing against Norfolk State would be sure to keep it there next week.

6 —  Prairie View (21 points)
Prairie View dropped its game against Abilene Christian. It faces another Christian school this week, and the Bible Thumpers have been taking it to them as of late.

7 — Alabama State (14 points)
Alabama State didn’t beat UCLA, but it did beat the spread. Add that in with the two wins it has and it remains on the list.

Hue Jackson and Co. make their debut in the HBCU Gameday FCS poll after a solid beating over Northwestern State. Now it gets a chance to match up against no. 1 Jackson State.

Yes, Tennessee State is winless, but it has faced two top 15 programs and at least gave other defenses hope for shutting JSU down.

FAMU finally got on the board with a win, beating Albany State. But it wasn’t as impressive as last year’s win and nobody has forgotten what happened in Miami.