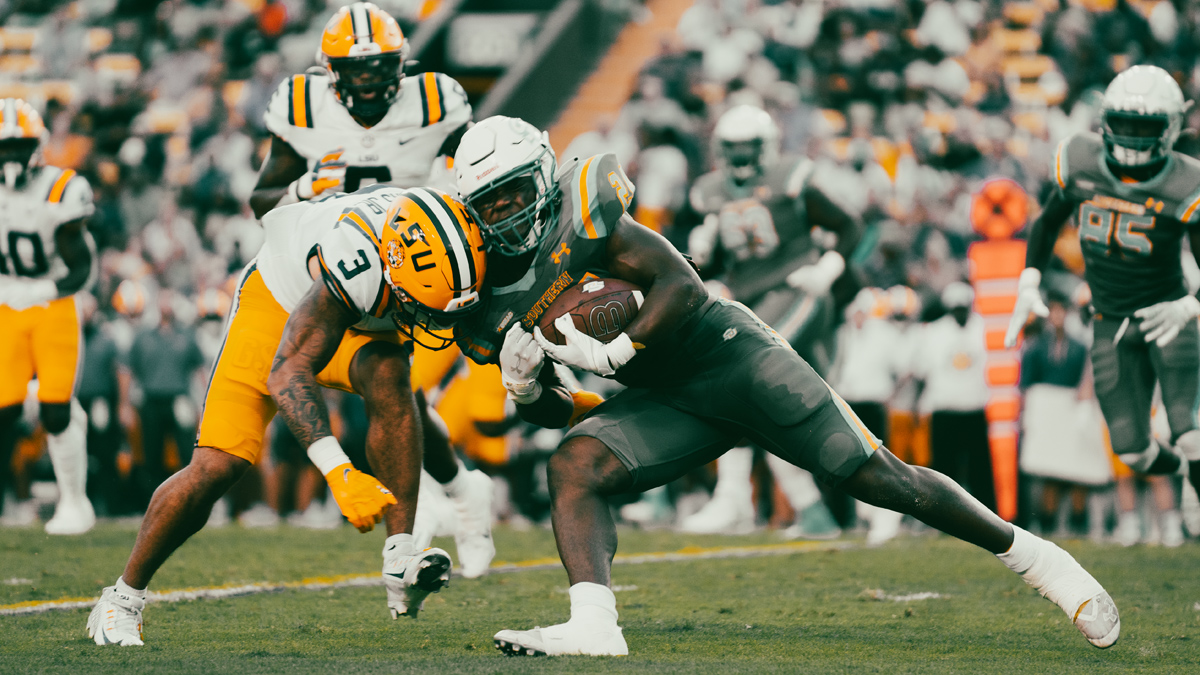 LSU too much for Southern in historic matchup

Southern had several drives that landed in Tiger territory, but LSU was just too much of its SWAC neighbor.

The game between LSU and Southern was a long-time coming, but it didn’t take long to decide.

LSU was dominant in this one, racking up 65 points on Saturday evening to storm past Southern in a lopsided 65-17 victory over its Baton Rouge neighbor. Over 102k fans filed into Tiger Stadium to watch the first half of the game and halftime.

LSU was led by Jayden Daniels, who proved his dual-threat capabilities. He threw for three touchdowns and rushed for another. Extra possessions were a big factor in the Fighting Tigers’ success, they won the turnover battle 5-2. The extra care paid off, as the Fighting Tigers’ offense was able to sustain drives and amass 550 total yards.

Southern struggled from the start, allowing LSU to jump to a 37-point first-quarter lead. It turned the ball over on the opening kickoff, leading to a score by Daniels with his legs. A fumble and a safety in the first quarter helped LSU amass a 34-0 lead. On top of that, SU’s secondary was an issue. SU’s pass defense allowed a concerning 9.4 yards per pass attempt. However, Besean McCray put up a good evening, going for 47 yards on the ground to lead the way for SU.

The win was a nice rebound for LSU, who improved its record to 1-1 after a heartbreaking loss to Florida State in Week One. It will get its next test when they welcome Mississippi State. to Tiger Stadium on Sept. 17. On the other side, Southern now sits at 1-1 on the year. Its next game is also on Sept. 17. They’ll be looking to rebound against Texas Southern.

LSU too much for Southern in historic matchup