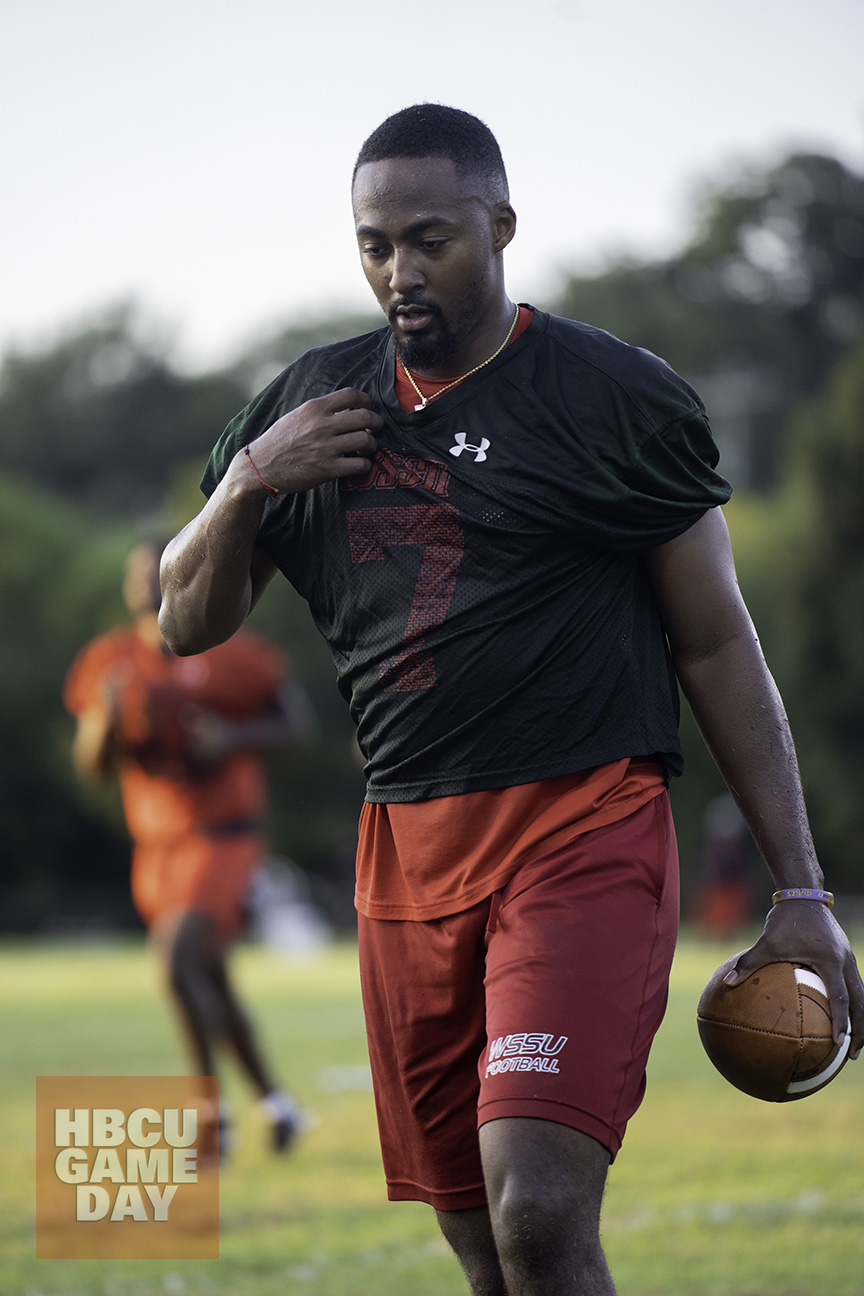 Graves waits for his turn to lead Winston-Salem State offense

WINSTON-SALEM, N.C. — It is a large stage on which Winston-Salem State opens its 2022 season against Central State in the Black College Football Hall of Fame Game, and Dominique Graves will be standing in the wings, waiting for his chance to lead the Rams.

Head Coach Robert Massey has said that both Graves and Richard Lattimer will play against the Marauders. Whoever proves to be the most effective of the two is expected to be the starter. Graves expects to follow Lattimer onto the field against the Marauders and suggests he’s ready to step in when his name is called no matter the need.

“I’ve always been a team player. Any need, whether it’s being a leader on the sidelines or whether it’s punting, I’m willing to do whatever it takes,” he says “Having that mindset of staying ready so you don’t have to get ready.”

It’s an attitude Graves hopes his teammates have adopted as well, and he thinks they have.

“We have a team full of dogs that are ready to eat,” Graves says. “We have the mentality of next play, next man up. So, whenever you’re ready, you stay ready. Whenever your number is called, you be able to perform.”

The stage Graves will ultimately walk upon is Hall of Fame Stadium in Canton, Ohio, home to the Pro Football Hall of Fame. The NFL Network will broadcast the game.

“It’s a lot of hype behind this game. There’s a lot of different things that can distract you from the ultimate goal and the purpose of playing,” Graves says. “It’s going to be a great opportunity. I’m excited.”

The Rams are aiming to overcome a 3-5 season in 2021 which ended better than it started. From a 0-4 slide, which included a 73-7 loss to Chowan, Winston-Salem State rallied to win the next three. With a chance to finish the season at .500, Shaw handed the Rams a 38-14 beating.

Graves played in six games last season, throwing for 122 yards in limited action. When he comes in, he’ll be facing a Central State team that went 1-9 last year and has a new coaching staff hoping to change the direction for a program that won an NAIA championship in 1992, beating Gardner-Webb on its home field.

There’s not much to work with in scouting Central State because a new coaching will employ different tactics than those used by the previous staff. In the end, Graves says, that doesn’t really matter.

“Good football, you have to be able to run the ball,” he says. “We’ll definitely establish the run game first, be able to ground and pound. We haven’t had a chance to watch too much film, being that their head coach was somewhere else prior to being at Central State.

“So we’ve really been focusing on ourselves, trying to execute as well as well can on offense and then being able to just put it all together on Sunday,” he says.

Graves waits for his turn to lead Winston-Salem State offense