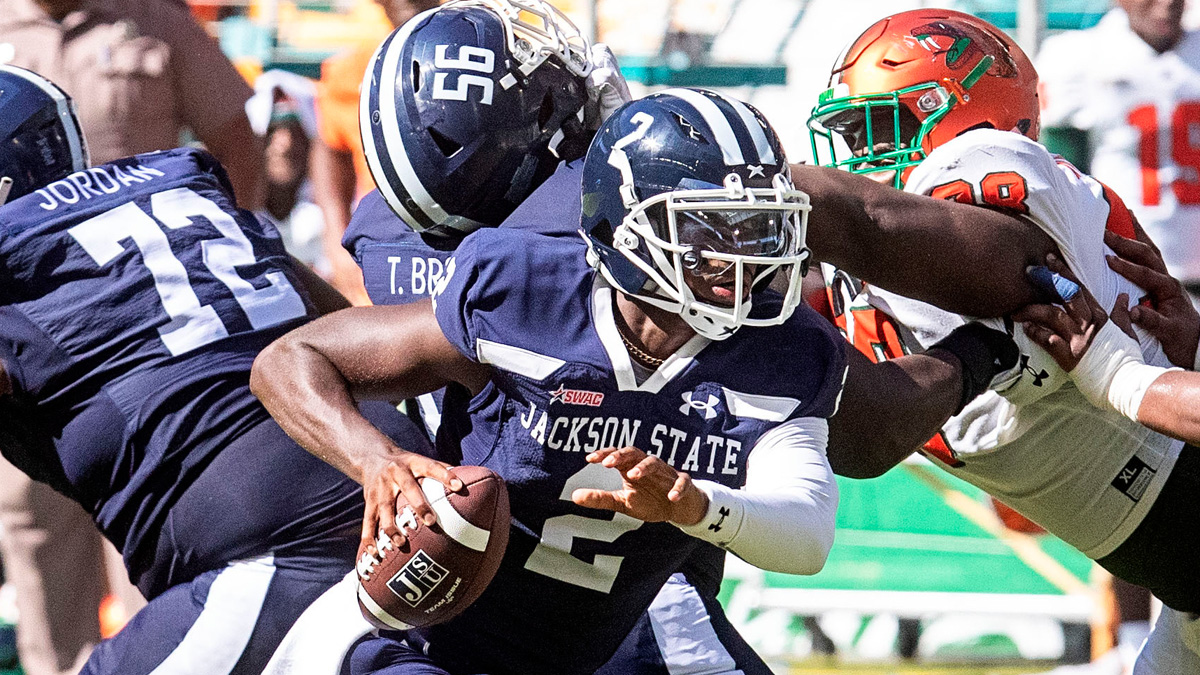 Shedeur Sanders was on fire on Sunday afternoon and even LeBron James had to recognize game.

Shedeur Sanders was so good against Florida A&M on Sunday that even the King himself — LeBron James — had to pay homage.

“So tough!!!!” James tweeted on Sunday night. “Hate it was Vs FAMU though but boy he was clicking on all cylinders out there!!”

In case you were wondering what affinity LeBron James has for Florida A&M — they wear his Nike-manufactured uniforms. But even he couldn’t deny how deadly Shedeur Sanders was on Saturday afternoon in Miami as Jackson State poured it on in a 59-3 win over FAMU.

The sophomore quarterback was simply on fire, completing 29 of 33 passes, for a total of 323 yards and five touchdowns. After throwing his final touchdown pass, Sanders was taken out of the game and spent much of the rest of it posing for photos with his jewelry as former Ohio State quarterback J.P. Adandre finished the game.

“We knew the magnitude of this game and the Orange Blossom Classic,” Sanders said after his performance. “We just locked in and handled our business.”

That much was clear from the start. It was in stark contrast to last season’s OBC, the first game for Sanders as a collegiate quarterback.

“Last year, the game was really fast. This year the game slowed down,” Sanders said at the podium. “It’s my second year, I got experience now. My pops — Coach Prime — told me going out there ‘ take what they’re going to give you. So then I did that.”

“Just sitting own and talking to Coach Brett, he was ready. He was ready for this game,” Sanders said. “I trust him. Our offense, we all trust him. Going into this game — it’s just a family on offense. So now, everybody’s gotta eat.”

If that offense remains as prolific as it was on Sunday, there could be many more feasts in JSU’s future.