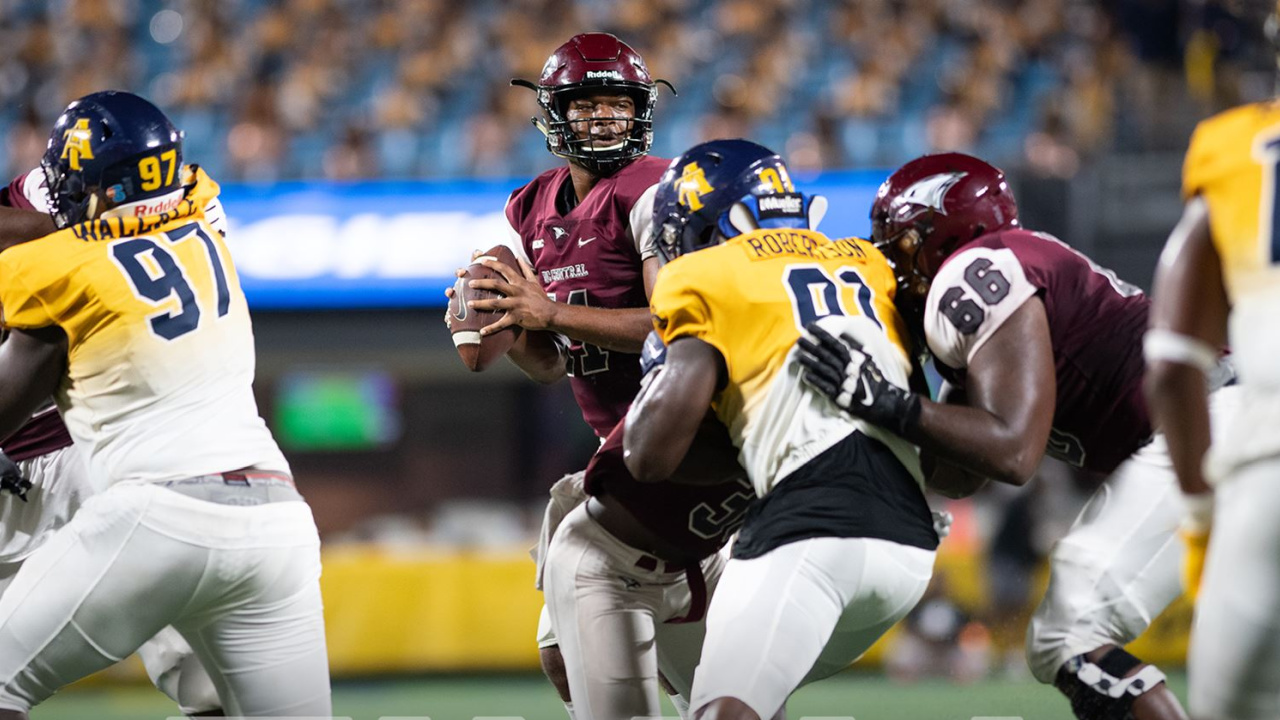 NCCU quarterback Davius Richard and Jackson State University quarterback Shedeur Sanders both put up incredible numbers in their week one debut. Davius Richard joined our Symone Stanley for a feature interview after his performance.

Davius Richard got it done for the NCCU Eagles in every way during the week one matchup against the NCA&T Aggies. Richard threw for 200 yards and a pair of touchdowns with a 63% completion rate. He was not bashful when it came to showing off his legs as he rushed for over 50 yards and scored two rushing touchdowns. Richard gave credit to his offensive line making it easier for him to get to work.

“I had an excellent camp with my teammates and I have been putting in hard work,” Richard told HBCU Gameday.

“The coaches had a good game plan and all eleven guys, all twenty-two guys on offense and defense just bought into the game plan and trusted what the coaches put in front of us.”

“During this offseason I was really trying to focus on my intermediate and deep accuracy because to me that was kind of a short coming last year.”

Richard help lead the NCCU Eagles to a 28-13 week one victory.

Shedeur Sanders stole the show during Jackson State’s dominant 59-3 win over FAMU. Sanders passed for over 300 yards and five touchdowns. He completely dissected the Rattlers defense and has teams fearing the JSU Tigers for the rest of the year.