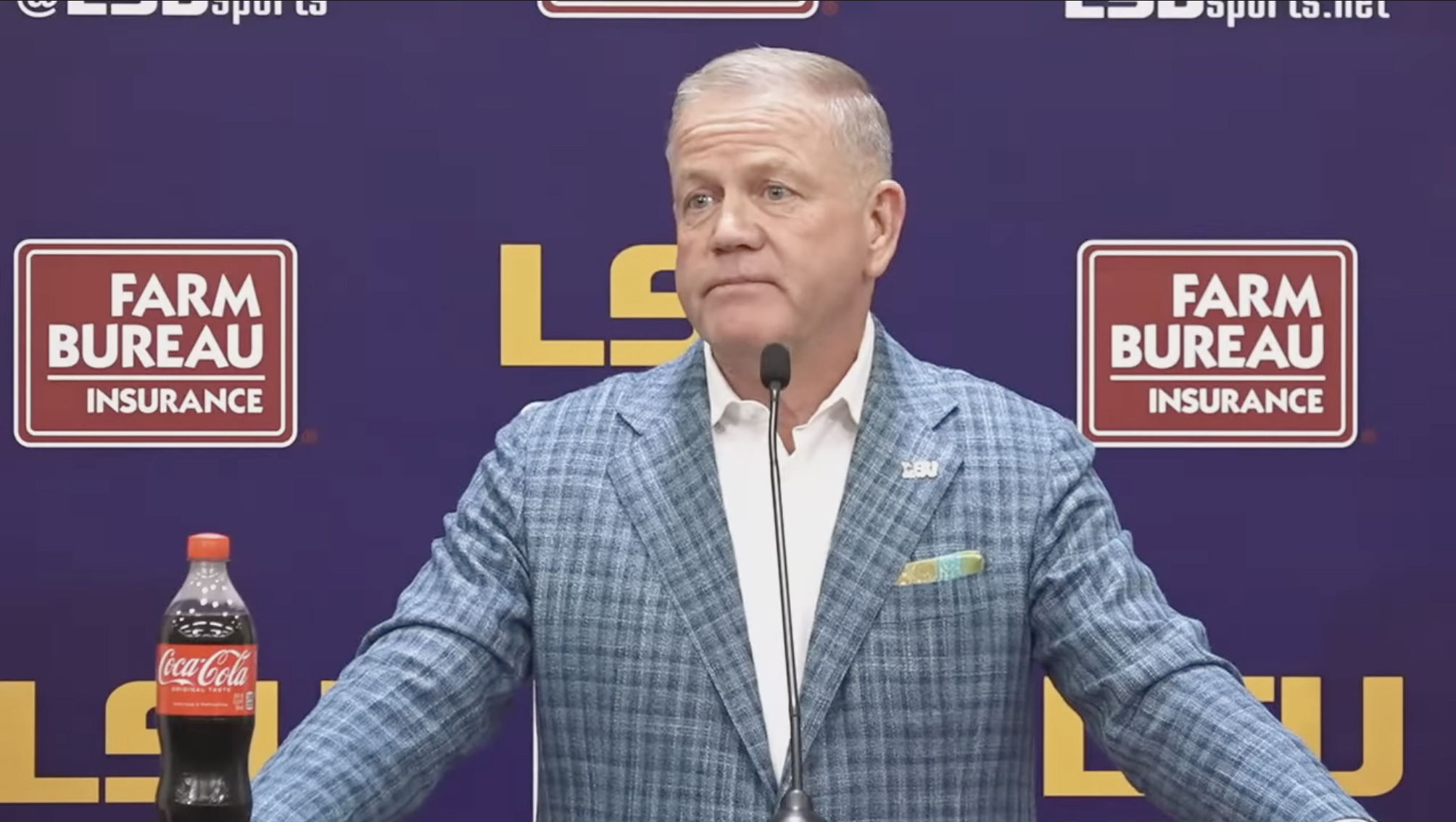 LSU head coach Brian Kelly says he’s excited for the matchup with Southern for the city of Baton Rouge.

As much as the media wanted to talk about the game that was, LSU head coach Brian Kelly made sure to talk up his program’s historic matchup with Southern University.

Coming off the 24-23 loss to Florida State, Kelly tried to turn the topic of conversation to Saturday’s game in which the two Baton Rouge-based schools will play each other for the first time in history.

“The significance of that is great. Playing an HBCU school is a great thing for this university and certainly for Baton Rouge,” Kelly told the media on Tuesday afternoon. “Historic in nature, to have two schools from the same city uniting and celebrating this community. The accomplishments. The programs.”

Of course, Kelly mentioned Southern University’s Human Jukebox, calling it “one of the most iconic bands in all of college football.” But he also touched on the football aspect of the game, noting Southern’s 86-0 win over NAIA Florida Memorial last week.

“They did what they should have,” Brian Kelly said of the blowout win. “They dominated their opponent and certainly looked good in doing it.”

This weekend, Southern will be the one looking to avoid a catastrophic blowout. LSU is currently a 45-point favorite in the game. When it comes down to it — this game is a “money game.” As an FCS program, Southern will be getting paid a reported $760k to come across town, along with its band, and play LSU.

“As a head football coach and somebody that has been in the business as long as I have — I’m really excited about this game,” Kelly said. “Because it brings in the historical perspective and how important it is.”

The two schools are located just nine miles away from each other, which means Baton Rouge will be bursting at the seams come this weekend. Kelly sees that as a great thing.

“The city itself — a flagship university like LSU and a great institution, a traditional HBCU university like Southern — bringing them both together, I think, is a critical thing for the city,” Brian Kelly said. “This hasn’t happened. I mean how many teams get together from the same city? I mean maybe UCLA and USC, I can’t think of many more that are in the same city that play each other. So it’s a big deal. I’m excited and I know our players are too.”