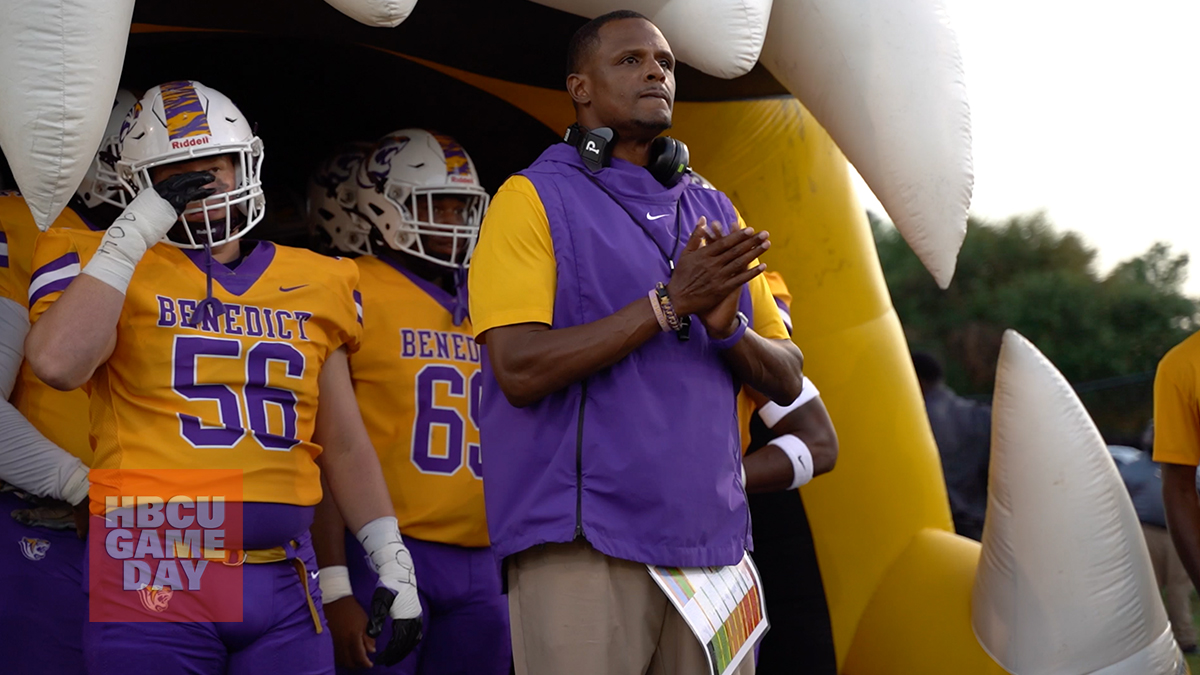 The quarterback battle for the Benedict Tigers has been a tight one coming down to the wire as they host Elizabeth City State on Saturday.

The quarterback battle for the Benedict Tigers has been a tight one coming down to the wire as they host Elizabeth City State Saturday at 6 p.m.

While Benedict head coach Chennis Berry wouldn’t say who was starting under center between junior Eric Phoenix and grad transfer Eric Lampley, he did say the Tigers are in good hands either way.

“[They’re both] just two talented, big strong-armed quarterbacks,” he said. “For me, both of them are very savvy. Both of them have great arm strength, both got great size. Both of them know offense, both the offense at Southern and of course, Phoenix has been here a couple years running it. So it’s been very, comparable but I would say more than anything that they’ve been competing.”

”I don’t know which one is different. I mean, they’re very compatible to what we do,” he added. “But ultimately, the end of the day, just don’t know who’s going to go out there on Saturday first.”

Room to grow for Benedict

After finishing fifth in the SIAC last season, the Tigers are locked in on their goals of improvement and Berry said it’s shown so far during fall camp.

“We set our foundation on discipline, our leaders lead,” Berry said. “I always tell our players, ‘at the end of the day, you are coach led, but you’re player driven.’ We try to focus our program on being coach lead, player driven. We’re going to lead ship, but the players have to drive and ultimately, the leadership has really been taken to a whole another level.”

He noted that they retooled in a major way, adding 15 transfers and a few talented former high school recruits. The majority of the new additions have a few key things in common that could help shape the culture of this team.

“They’re very confident and they believe in their abilities,” he said. “A lot of the young men that we found are from winning programs, they’re used to winning. Those are guys we brought in…so you can bring that element of guys that are playing with confidence and believing and also at the same time, being humble enough to understand there’s things to work on, things we want to improve on and we always want to focus on discipline. They bought into the way we do things.”

When Benedict hits the field Saturday night, Berry said the goal is to exercise that discipline by keeping penalties down to a minimum.