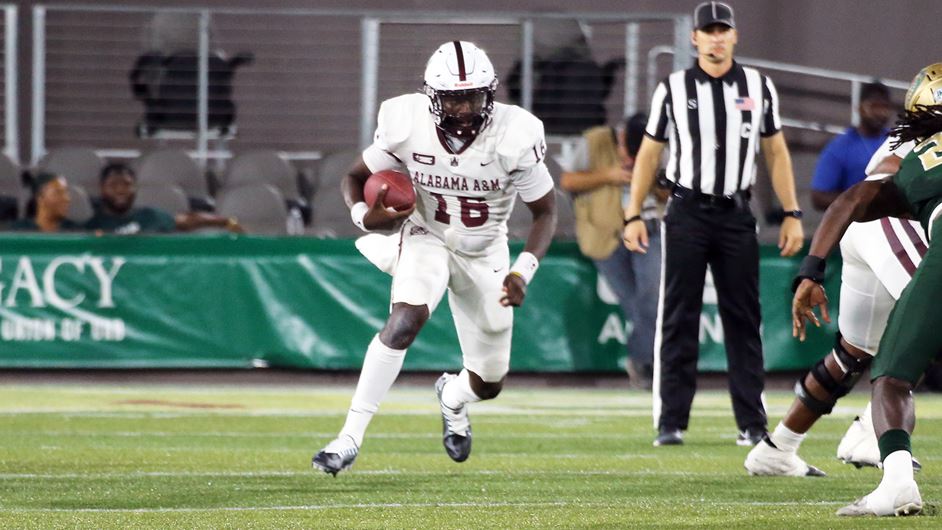 Alabama A&M goes down to UAB at Protective Field

Bulldogs get down early, sealing their fate in the season opener.

UAB was dominant in this one, racking up 59 points on Thursday night to storm past Alabama A&M in a lopsided 59-0 victory.

Jermaine Brown Jr. led the way for UAB, accumulating a team-high 114 rushing yards to set the tone. The Blazers piled up 478 yards in an efficient offensive performance. The Blazers’ defense was also solid, particularly against the run. They limited the Alabama A&M running backs to just 2.5 yards per rush.

Alabama A&M made too many mistakes early on, giving up two turnovers in the first quarter alone. On top of that, AAMU’s secondary was an issue. They allowed a concerning 9.1 yards per pass attempt. Xavier Lankford completed 12 of 22 passes for only 115 passing yards, an indication of AAMU’s offensive struggles.

An opening day win has UAB feeling good. On the other side, Alabama A&M falls to 0-1 with the loss. Each team will get its next chance on Sept. 10. The Blazers will be looking for another win against Liberty. While AAMU will hope to rebound with a road game against Troy.

Alabama A&M goes down to UAB at Protective Field