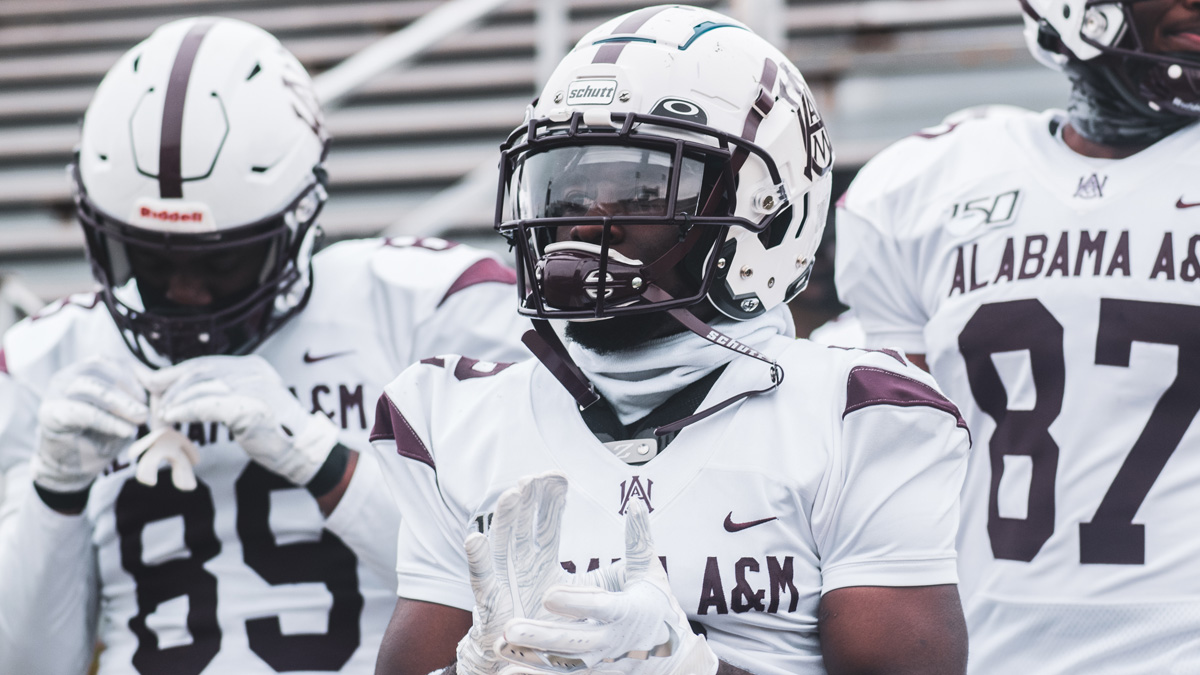 Alabama A&M has re-tooled with a heavy infusion of transfers. The coaching staff is working to make sure chemistry is on point starting with UAB.

UAB re-started its college football program against Alabama A&M in 2017, and on Thursday night, AAMU will be starting a new era led by transfers on both sides of the ball.

Former Jackson State quarterback Quincy Casey has been named the starting quarterback following fall camp, according to AAMU head football coach Connell Maynor. Casey will look to fill the shoes of Aqeel Glass, who finished his career last fall with practically every passing record in the book in Normal.

Casey played as a true freshman at Jackson State in 2019 under former head coach John Hendrick. He started one game under Deion Sanders at Jackson State, ironically against Alabama A&M. He made the most of his opportunity, completing 30 of 47 passes for 323 yards and four touchdowns in a JSU loss. He transferred to Alabama A&M shortly after the spring 2021 season, spending most of last year sitting behind Glass as he finished his illustrious career.

Casey will have weapons at his disposal. Running back Gary Quarles is a dual-threat guy who can both catch and run, and Ibrahim Abdul-Fatai is an All-American caliber wide receiver. Offensive coordinator Duane Taylor and quarterbacks coach Jason Mai have worked together for the better part of a decade, and their chemistry has been very potent historically.

Despite arriving just last May, Casey is far from the new guy on the squad. Alabama A&M added FBS transfers at a dizzying pace, pulling in more than two dozen of them via the transfer portal.

The UAB game also marks a new start for Kienus Boulware. Boulware has assumed the role of defensive coordinator under Connell Maynor and it is one he is very familiar with. A decade ago, with Maynor as the head coach and Boulware running the defense, Winston-Salem State rode to the Division II national championship game and finished with a 14-1 record. It featured a talented, relentless defense that had a heavy contingent of Division I transfers.

“It definitely is familiar territory. But these guys that we have — everybody’s impressionable. You think about a lot of these guys have come in — No one really leaves secure situations. Some people look for other opportunities to start over again. Thanks to this new wave of talent where people are willing to get HBCUs a chance, it has afforded us an opportunity to surround ourselves with some good talent.”

Former Florida State defensive back Carlos Becker, Central Florida transfer defensive lineman Malcolm Williams and former Texas linebacker DeGabriel Floyd are just a few of the names Alabama A&M will have ready to measure up against UAB on Thursday.

“I’m seeing the bigger, faster and stronger,” Boulware says of his transition from Division II to Division I. “But just like at Winston-Salem State and my days in the CIAA, we’ve always had transfers and that was always kind of my thing. So I’m familiar with that is just here we have a bigger, bigger group of talent, but the fundamentals of the things that you’re able to have when you’re in a place for, you know, three or four years. So right now — to expect that type of success this early —  I’m just a realist about it. We work on our chemistry every day.”