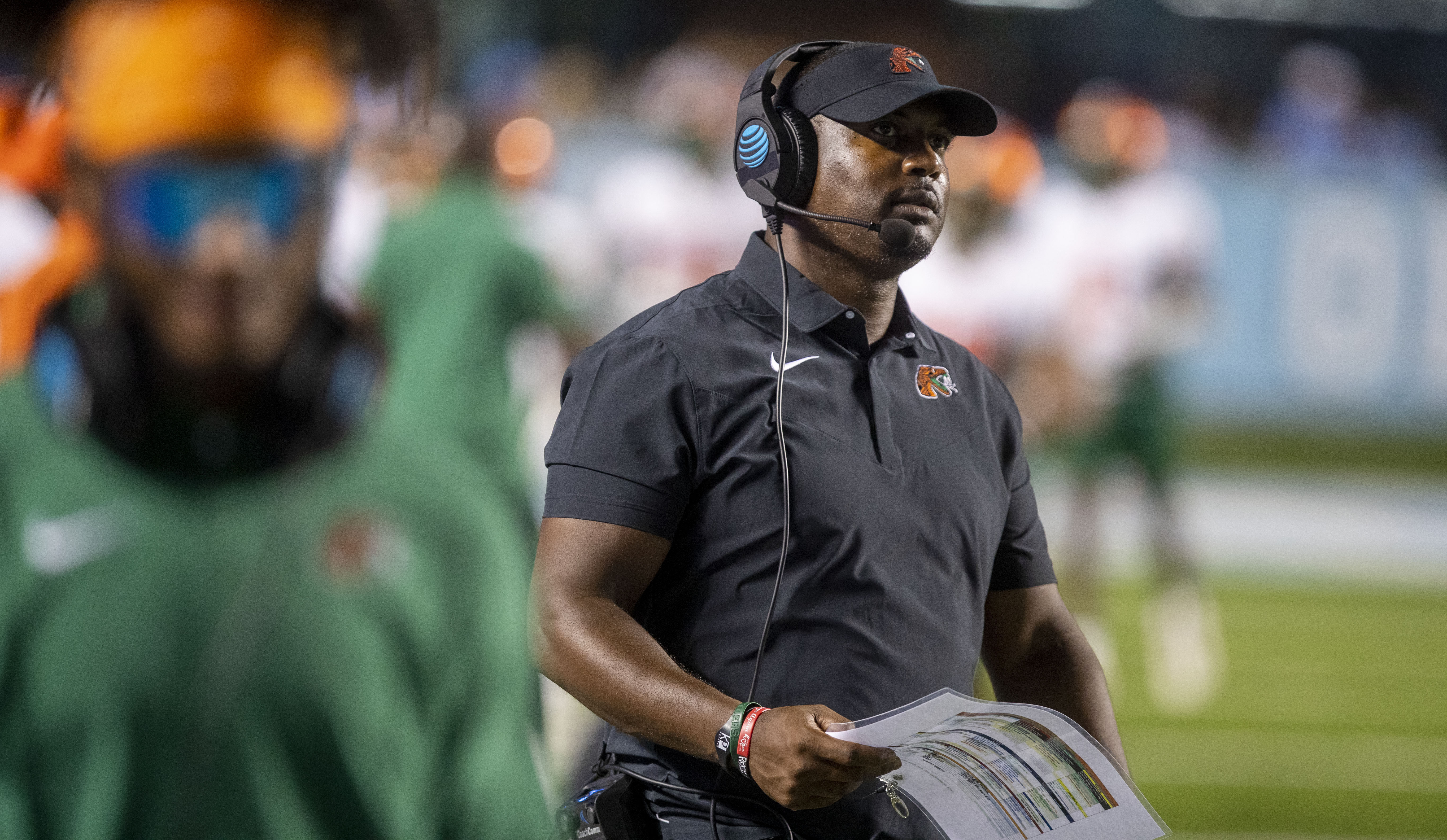 The first half play that didn’t pan out for the Rattlers.

CHAPEL HILL, N.C.–For all the drama and consternation enveloping the Florida A&M football program prior to Saturday night’s 56-24 loss to North Carolina, there is one moment in the game itself that might cause them more heartburn.

On Friday, rumors that Florida A&M would have to pull out of the HBCU Celebration Game reached a crescendo. By the afternoon, officials at both schools offered assurances that the game would be played. Later, FAMU head coach Willie Simmons informed Allison Posey of ABC 27 in Tallahassee that there were 20 ineligible student-athletes due to academics or transfer eligibility. That wreaked havoc with the Rattlers offensive line.

Yet, Florida A&M showed it was up for the challenge after all of the turmoil. They tied the score at seven near the end of the first quarter and drove 75 yards in 12 plays to get within striking distance with 5:38 left in the half.

North Carolina got the ball back, but the Rattlers stopped the Tar Heels on a third-and-18 at their 35 and forced a punt. Ben Kiernan’s 50-yard punt pinned Florida A&M at its own 16. With under a minute left in the half and trailing by a touchdown, one doesn’t need analytics to figure out you take the deficit where it stands and get to the locker room trailing 21-14.

Instead, Florida A&M chose to roll the offensive dice. Quarterback Jeremy Moussa missed his first-down throw, and his second-and-10 pass intended for David Manigo was picked off by cornerback Storm Duck, his first interception since 2019. Gambling on the possession, the Rattlers came up, well, snake eyes.

“We came to win the game,” said Florida A&M coach Willie Simmons, “You play these types of games, playing conservative probably won’t do you much good.”

Simmons says he knew if his team didn’t take its shots when it had the chance, the bigger Tar Heels would wear his Rattlers down in the second half. So, despite the odds, he took the risk, thinking a long drive ending in a touchdown would have North Carolina talking to itself.

“We gambled. I’m not a big gambler. I play a little bit of blackjack at the tables,” Simmons said. “Sometimes, you bust. We busted.”

Simmons accepted responsibility for the decision that led to the North Carolina touchdown that made their challenge all the more difficult.

“Sometimes, we learn more from our failures than we do our successes,” Simmons said. “I’ll take the criticism for the call. We came up here to let it fly and shock the world.”