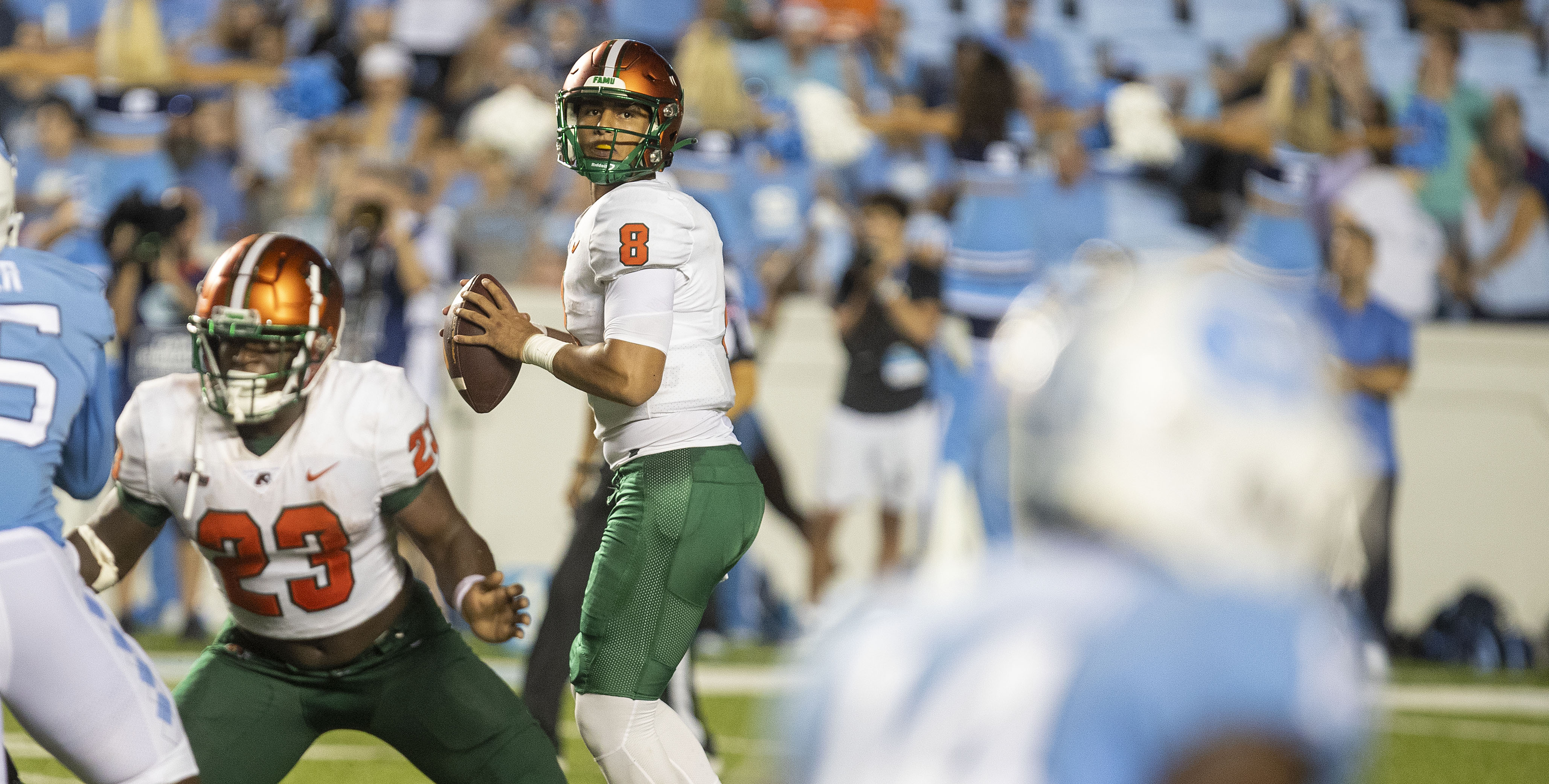 Rattler defense wears down after staying close early against the Tar Heels.

CHAPEL HILL, N.C.–Florida A&M overcame the loss of 20 football players and held its ground for almost the entire first half against North Carolina in the Week Zero game, which UNC dubbed its “HBCU Celebration Game.”

But quarterback Jeremy Moussa’s interception late in the first half robbed the Rattlers of momentum, and the Tar Heels let freshman quarterback Drake Maye guide them to a 56-24 victory on Saturday night.

Maye threw for 294 yards and five touchdowns in his first career start. He directed a Tar Heel offense that piled up 608 yards, including 314 yards rushing on the season opener for both schools.

Florida A&M had closed the gap in the second quarter to 21-14 and took over on downs from North Carolina deep in their own territory. Moussa missed his first-down throw, and his second-down pass was intercepted by cornerback Storm Duck. It led to a Maye touchdown pass to Josh Downs with five seconds left before halftime.

FAMU will now turn its attention to SWAC East rival Jackson State. The two are set to meet in Miami for the Orange Blossom Classic on Sept. 4.