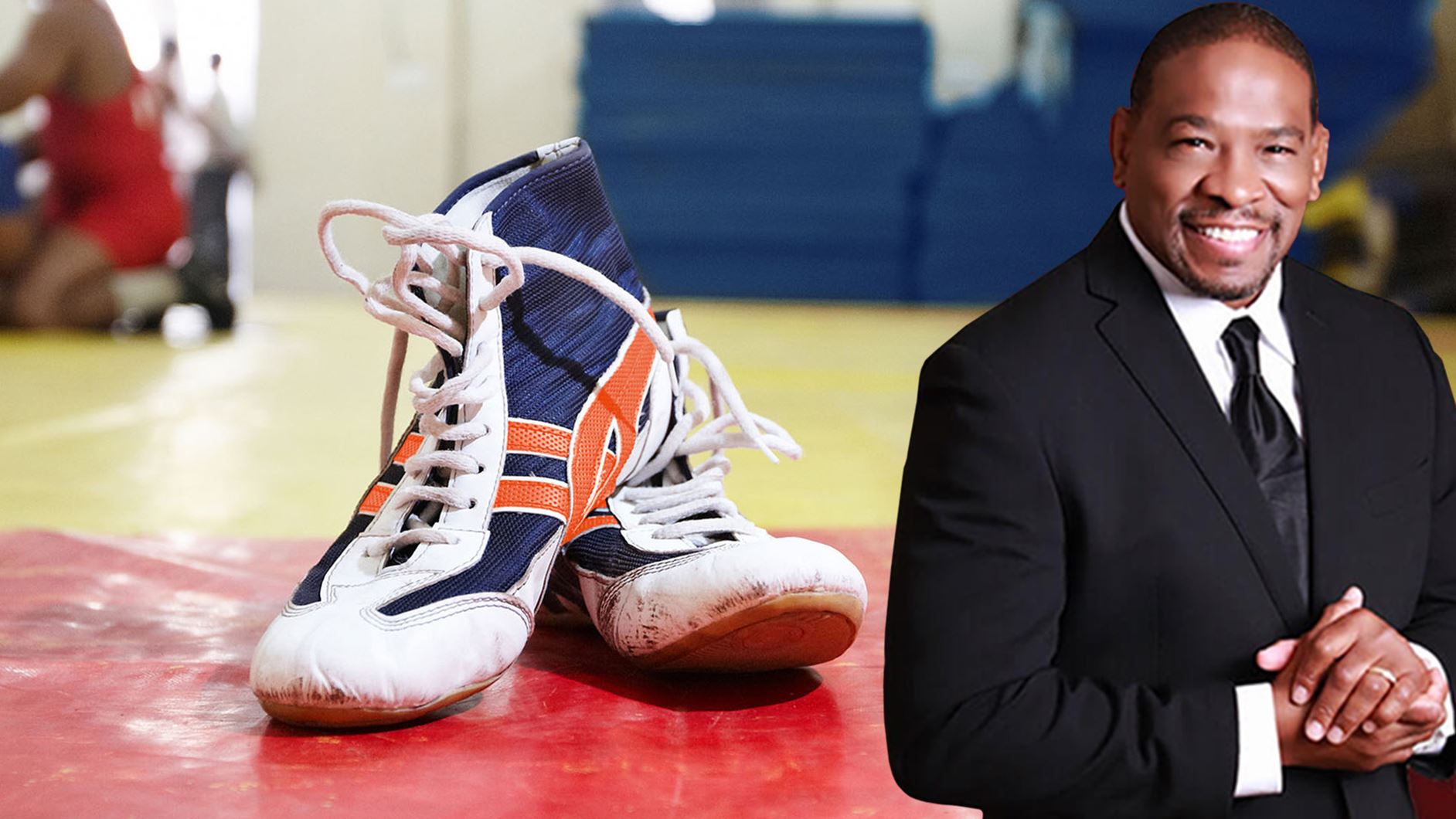 Morgan State has hired Olympic gold medalist Kenny Monday to take over what will be the only Division II HBCU wresting program.

BALTIMORE – Leading the return of NCAA Division I, Varsity-level men’s wrestling to Maryland’s largest Historically Black College or University (HBCU), Morgan State University announced the hiring of Kenny Monday as the Athletics Department’s new men’s wrestling coach, effective Aug. 24, 2022. Monday, the first Black wrestler in history to win an Olympic gold medal, is a National Wrestling Hall of Fame inductee, three-time Olympian and former NCAA All-American standout, who brings a championship-level coaching pedigree and an expansive yet impressive resume to a Bears’ wrestling program looking to restart after a 25-year hiatus. Monday comes to Morgan after serving as the director of wrestling and head wrestling coach at Spire Academy, since 2021.

To date, Morgan remains the only HBCU to offer NCAA Division I Varsity-level wrestling. The first full season of Morgan’s new wrestling program is slated for 2023–24.

“Wrestling is officially back at the National Treasure, Morgan State University! With the hiring of Coach Monday and the vast, winning experience he brings from competing at the highest echelons, we are certain to return to our championship glory and become a destination for student-athletes desiring top-level coaching and exceptional academic programs,” said David K. Wilson, president of Morgan State University. “It isn’t every day that you can bring in a leader the caliber of Coach Kenny Monday…someone who has successfully competed and coached at the high school, collegiate and professional levels and has won throughout his career. So, when there was a mutual interest in having him become a part of the Morgan family, we made it happen without hesitation.”

In October 2021, the University announced its plans to revive the men’s wrestling program at Morgan with the support a $2.7-million gift from HBCU Wrestling (HBCUW), a new initiative reestablishing wrestling programs on HBCU campuses. The gift, which is among the largest received from a private donor to the University, provides funding for the program and supports up to nine full scholarships annually.

“I am incredibly proud of how we were able to work together with Morgan State to secure such an incredible leader for the program,” said Kerry McCoy, president of HBCU Wrestling. “Kenny Monday is an icon in the world of wrestling and has inspired so many. He has the ability to mobilize the Morgan alumni and the local community to generate support for the program. We look forward to continuing to support him and the program in any way we can.”

Following the announcement, the University embarked on a national search for a head wrestling coach. An inclusive process, the search included input from key internal and external constituents including university leadership, alumni, former wrestling student-athletes, and supporters. The process was comprehensive and competitive, generating huge interest from a variety of qualified candidates vying for the job.

“After conducting a nationwide search of the best talent in wrestling coaching, we are confident that in Coach Kenny Monday, we have selected the right person to restore Morgan’s wrestling program,” said Dena Freeman-Patton, vice president and director for intercollegiate athletics at Morgan. “Coach Monday brings the gravitas and experience to lead a Division I program and attract the top talent in the nation to come to Morgan. We look forward to having him start as soon as possible and build a championship-ready wrestling team.”

Monday’s hire marks the second major coaching selection Freeman-Patton has announced since coming aboard at Morgan last May. The University recently announced the hire of Bears Football head coach Damon Wilson. Next up is the search for a new coach for acrobatics and tumbling, which Morgan added to its sports offerings this past spring.

The University will host a press conference during the week of Aug. 22 to officially introduce Coach Monday. Additional details and confirmation of the day, time and location will be shared as soon as they become available.

“I’m extremely grateful and honored to be named as the head wrestling coach at Morgan State University. Bringing the wrestling program back to an HBCU after 25 years is exciting for me and the entire wrestling community,” said Coach Monday. “I want to thank President Wilson and Athletic Director Dena Freeman-Patton for believing in me and giving me the opportunity to build an incredible program. Every experience in my career has prepared me for this moment, and I can’t wait to get started. Go Bears!”