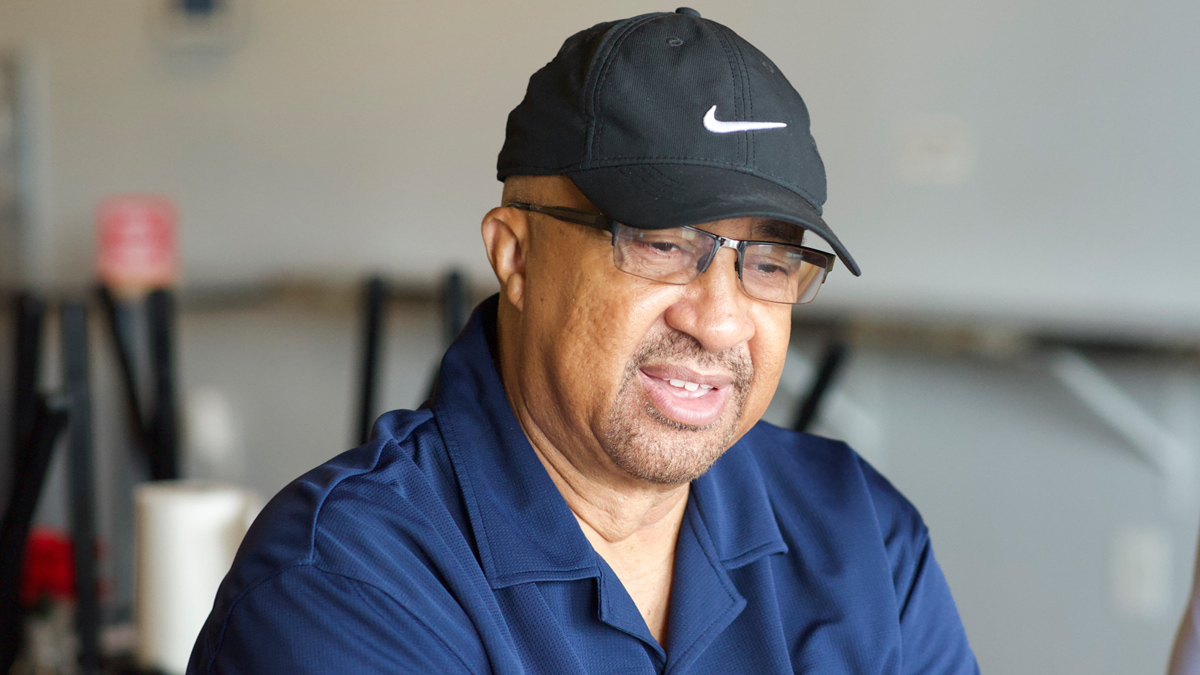 Cy Alexander, a man with a long and successful head coaching record, is headed to Alcorn State.

LORMAN, Miss. – It was announced Tuesday, Aug. 9, that veteran coach Cyrus “Cy” Alexander will be joining the men’s basketball staff at Alcorn State University under the direction of Head Coach Landon Bussie. Alexander becomes the second assistant coach to join Bussie’s staff in the last 10 days, officially completing the staff for the upcoming 2022-23 season.

Enjoying summer workouts as the defending 2021-22 Southwestern Athletic Conference (SWAC) regular season champions, Alcorn State Men’s Basketball continues to upgrade under Bussie, last season’s SWAC Coach of the Year. Now in his third year at the helm in Lorman, Bussie has added two assistant coaches with different pedigrees to his staff in order to continue pushing the program forward.

Alexander, affectionately known around the men’s basketball coaching world simply as “Cy”, arrives to Alcorn State having served as head coach of notable programs such as North Carolina A&T, South Carolina State and Tennessee State. In all, the Winston-Salem, North Carolina native has compiled more than 375 wins throughout his career as a head coach, all while winning six Mid-Eastern Athletic Conference (MEAC) Tournaments. He has also won six MEAC regular season titles.

“Cy is a veteran coach that I’m just excited about having on my staff,” expressed Bussie. “I know I can learn from him and become a better head coach just from having him within the program. He just brings so many things to us, and I can’t say enough good things about him.”

Cy Alexander finds his rhythm in the MEAC

Alexander’s illustrious coaching career began as an assistant coach at Howard University in Washington, D.C., for 11 years under A.B. Williamson before moving to South Carolina State. Upon his arrival to Orangeburg, South Carolina, Alexander quickly made an impact at the Bulldogs’ helm, leading the program to a winning 16-13 mark in his inaugural season.

In just his second season, Cy Alexander led the Bulldogs to a 25-8 overall record – the most wins in school history. South Carolina State won the MEAC regular season title and its first MEAC Tournament title, earning the school’s first-ever trip to the NCAA Tournament, where the Bulldogs faced Duke in the East Regionals.

Before Alexander arrived in Orangeburg, the school had captured just one MEAC regular season title and had reached only one MEAC Tournament final, that coming in 1980 when South Carolina State fell to Howard. However, under Alexander’s leadership, the Bulldogs advanced to the MEAC Tournament finals seven times, winning five crowns.

Cy Alexander quickly established himself as one of the most highly respected coaches in the country. During the historical 1988-89 season, his team gained recognition by winning the San Juan Shootout against a field that included Big East power Villanova, ranked 11th nationally at the time.

“Cy Alexander is big in the coaching community, and even bigger in the HBCU coaching world,” said Bussie. “I was able to spend some time with him recently, and I just listened to how he talked. I was high on him, and I made it a goal to get him to be a part of our program here at Alcorn State.”

At the time of resigning from North Carolina A&T, Alexander held a career record of 386 wins against 386 defeats over 26 seasons of coaching. He was 43-80 in four seasons as the Aggies head man. Over the first 22 games of the 2015-16, the Aggies are 5-17 overall and 2-6 in the MEAC. In Alexander’s first season as head coach, N.C. A&T won the 2013 MEAC Tournament title and made its first NCAA Men’s Basketball Tournament appearance in 18 years. The Aggies went on to beat Liberty, 73-72 in the first round of games in Dayton, Ohio to secure the school’s first-ever NCAA Tournament victory. Eventual national champion Louisville defeated the Aggies in the second round to end N.C. A&T’s season at 20-17. It was the Aggies first 20-win season in 25 years.

Alexander holds a Bachelor of Arts degree in Sociology from Catawba College and earned a Master’s Degree in Education from Howard University.

“I know coming off the success we experienced last season, we can get over the hump in the SWAC Tournament with someone like Cy Alexander on our staff,” continued Bussie. “He is a legend in the HBCU community, and he knows how to win.”