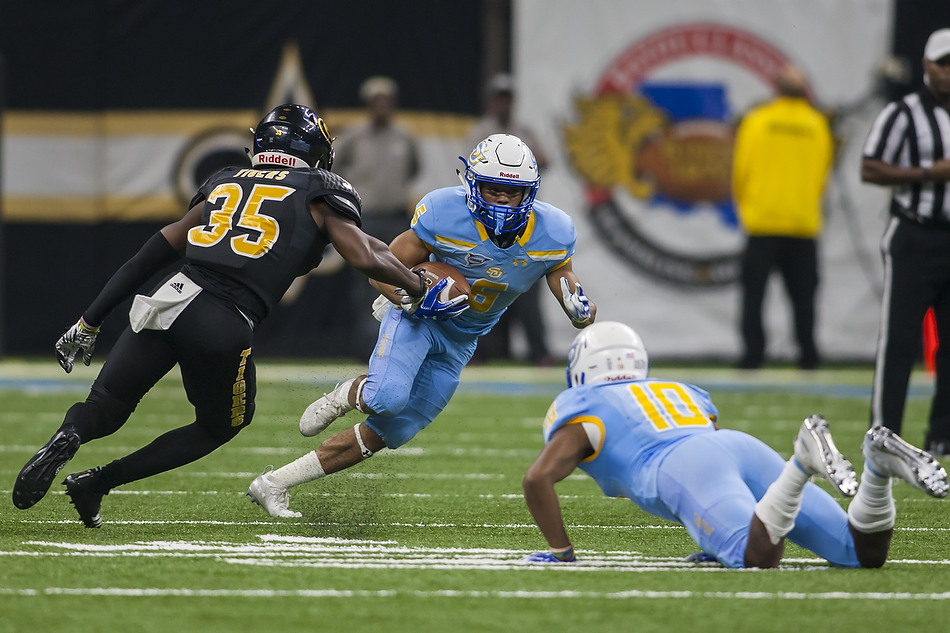 HBCU football all-star game to be presented by NBC Sports

Taking place at Marion Military Institute in Marion, Ala., located just southwest of Selma, Ala., the HBCU Pigskin Showdown provides a platform for student-athletes to showcase their talent to a national audience and perform in front of NFL scouts. The inaugural HBCU Pigskin Showdown in 2021 featured 84 top HBCU players competing in front of scouts from 16 NFL teams.

“This is a great opportunity for HBCU pro prospects to get even more national exposure,” said HBCU Pigskin Showdown Executive Director/Co-Founder Chris Williams. “We’re excited to be in the Black Belt region of Alabama and happy that the histories of Marion and Selma, Alabama will be on display as we provide a stage for these young athletes.”

Through NBCU Academy – a journalism training and development program designed to prepare college students and young professionals for careers in the news and media technology industry — NBC Sports will present select students from HBCU institutions with the opportunity to cover the event for NBCSports.com.

“The HBCU Pigskin Showdown provides HBCU all-stars the opportunity to showcase their talents in front of professional scouts, and we’re looking forward to elevating the game even further to a national audience on Peacock and CNBC,” said Gary Quinn, VP, Programming, NBC Sports. “Additionally, students who aren’t playing in the game can still gain valuable sports-media career experience through NBCU Academy.”

“HBCUs are so important to our nation,” said HBCU Pigskin Showdown Director of Operations/Co-Founder Bryant Grove. “We’re thankful for NBC Sports recognizing our vision and partnering with us to continue to provide a platform for these young men while highlighting the history of the Black Belt region between both Marion and Selma, Alabama, as well as the campus of Marion Military Institute.”

Tickets for the game will go on sale this Thursday, Aug. 11, powered by TicketSmarter. Go to www.hbcupigskinshowdown.com to purchase.

HBCU football all-star game to be presented by NBC Sports