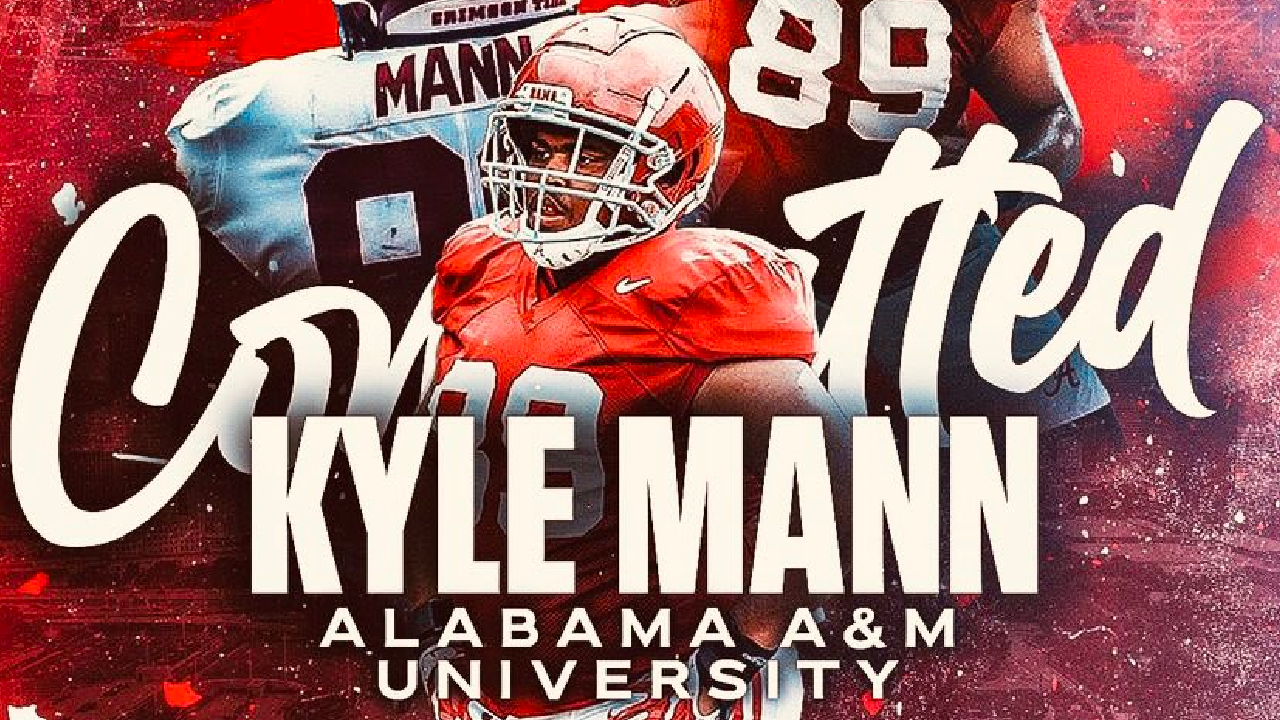 Kyle Mann is staying in Alabama

Kyle Mann was a three-star defensive lineman coming out of McEachern High School in 2020. The Georgia native held offers from USF, Kansas, and Eastern Kentucky amongst others. He originally committed to the Alabama Crimson Tide as a walk-on in 2020 after a few visits. Mann did not receive any playing time as a freshman in 2020 or a sophomore in 2021 for the Crimson Tide.

He entered into the transfer portal last July and recently announced his commitment to Alabama A&M about a month later. Mann announced offers from Georgetown and Eastern Kentucky before committing to the Bulldogs.

The Alabama A&M defense surely need some reinforcements on defense to make some real noise in the SWAC this season. AAMU has already added a slew of FBS transfers before Kyle Mann on both sides of the ball. Last season, the team was 11 out of 12 when it came to sacks. For reference, the top team in sacks was Jackson State University with a whopping 54.

AAMU will need to generate more pressure up front to lay the foundation of an impactful defense. The team also ranked near the bottom last season in run defense as well. Giving up an average of 188.9 yards per game over ten games against SWAC competition. The addition of Kyle Mann amongst other offseason moves will help turn the Alabama A&M defense around as Kienus Boulware is fully-entrenched as the defensive coordinator.