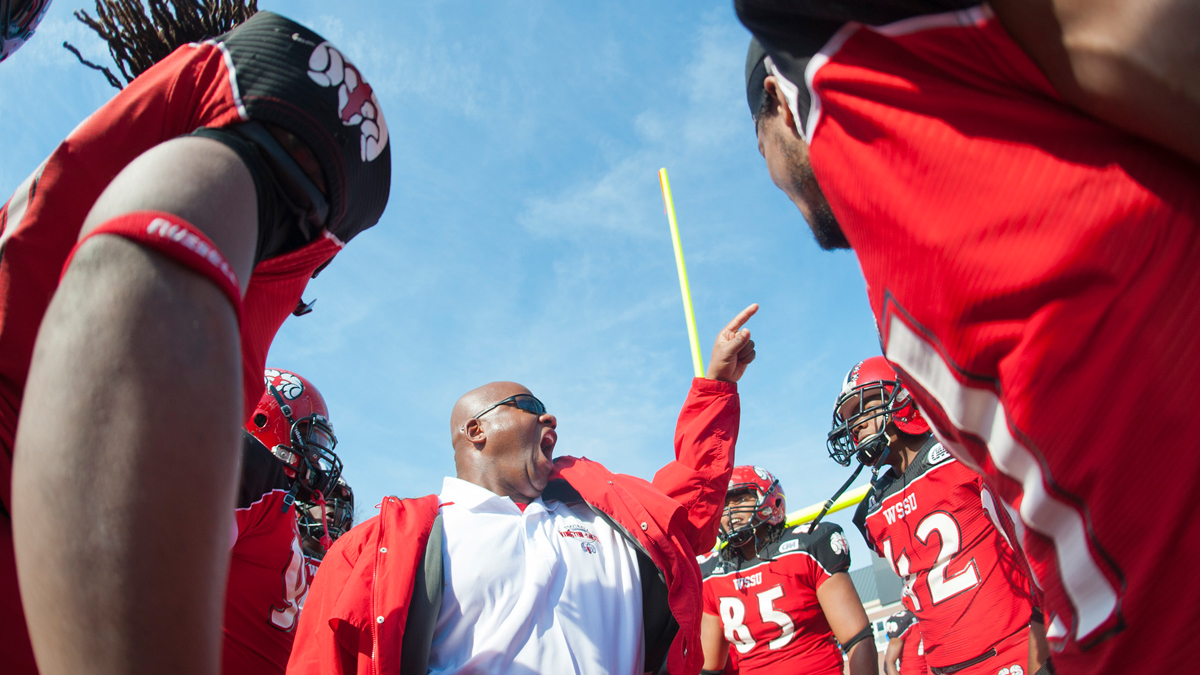 You didn’t have to be Knute Rockne (hit up google, kids) to know that defense held Alabama A&M back during the fall 2021 season.

AAMU has made a change at the top of its defensive structure as Connell Maynor has promoted Kienus Boulware to the position of defensive coordinator after serving as defensive line coach last fall. Boulware takes over for Granville Eastman who served in that role during the 2019 and 2021 spring season as well as last fall.

Boulware was in his first season with AAMU last fall but he has thrived in the defensive coordinator position before. The former North Carolina Tar Heel helped Shaw University win multiple titles as a defensive coordinator before teaming up with Maynor at Winston-Salem State University. He helped WSSU record a 45-6 record with Maynor as head coach and his defenses were routinely amongst the best in the nation as WSSU made multiple NCAA playoff appearances and in 2012 made it all the way to the Division II national title.

Boulware took over for Maynor after he left for Hampton following the 2013 season. He would lead WSSU to a 35-18 record and back-to-back CIAA titles during his time as head coach.

He’s a coach that has won conference titles every where he’s been — something that should give Alabama A&M fans some comfort along with the talent that it has added on defense.