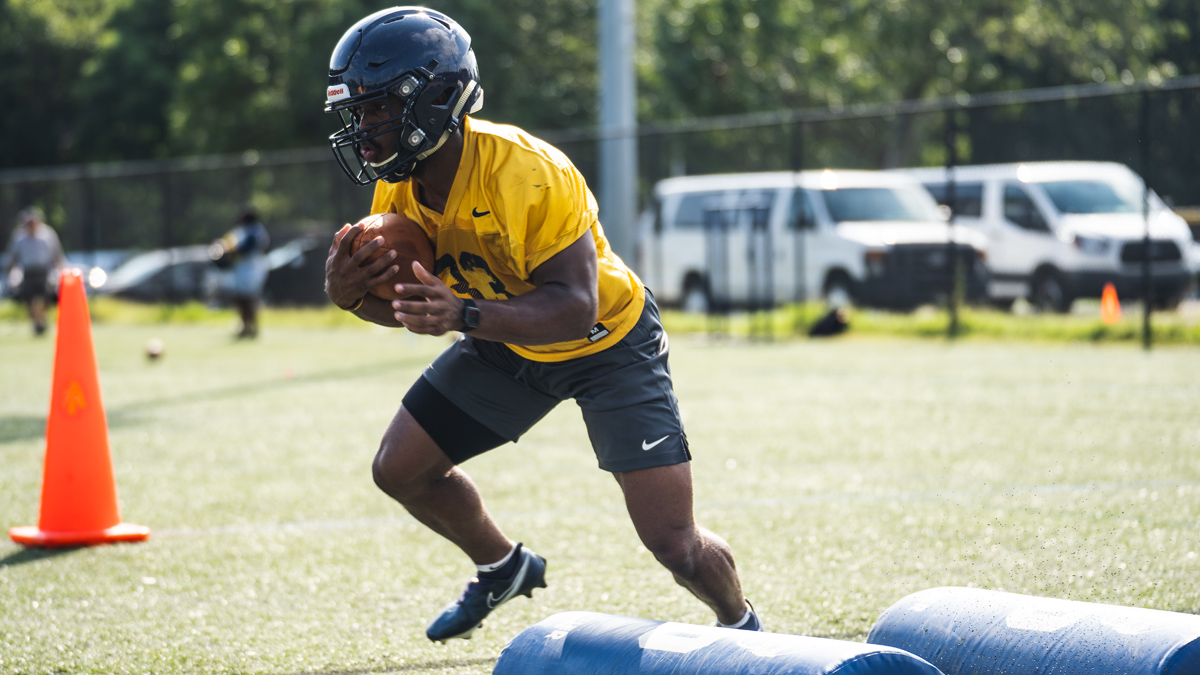 North Carolina A&T coach Sam Washington says new rivalries will emerge as the Aggies embark on another season in the Big South, where it’s expected to take the title.

GREENSBORO, N.C.–For years, North Carolina A&T faced off against its HBCU brethren as a member of the Central Intercollegiate Athletic Association, and then in the Mid-Eastern Athletic Association. Championships were fought for and rivalries were forged. Pride was on the line with every kickoff.

But it’s said that the only constant is change, even if that change takes some time. The Aggies bolted the CIAA for the MEAC and a new set of rivals in 1970. But that run ended in 2021, when A&T set up in the Big South Conference. Hampton also left the MEAC, as did Bethune-Cookman and Florida A&M. Winston-Salem State, a longtime rival less than 30 miles away, had a brief stay in the MEAC before returning to the CIAA.

The conference teams now in the sights of North Carolina A&T are names like Bryant, Charleston Southern, Gardner-Webb and Robert Morris. North Carolina Central, Norfolk State and South Carolina State are on the 2022 schedule, a nod to the past. Even if the names have changed, Coach Sam Washington said the goals remain the same.

“Football is football,” Washington said as the team held a practice at Smith High School in Greensboro as the AAU Junior Olympics were being held on campus. “Again, it’s about run, block and tackling and scoring the most points. Defensively, you keep them out of the end zone. Offensively, you get into the end zone. That part of football is the same.”

Washington acknowledges that the level of play is different, but in some areas, the idea is the same.

“Some teams are better offensively than defensively. And, hopefully, we can out both of them together, along with the kicking game and make a solid football team,” he says.

As time and games pass, Washington says there’s a chance for new rivalries to form.

“We’ll develop new rivalries. When the dust settles and the cream is at the top, that becomes a rivalry within itself,” he said.

Junior linebacker Jacob Roberts, a preseason all-conference selection at linebacker, echoes his head coach’s sentiment. Whoever is on the other sideline, you have to be prepared.

“We still treat it as football. You still got to lace your pads up, put your helmet on and beat the man in front of you,” Roberts says. “We don’t look at it no different. It’s football at the end of the day.”

Running back Dhayshul Tuten is looking to run for 1,000 yards and collect 500 receiving yards this year as part of the drive to win the conference and a national championship. Who he gets it against doesn’t matter.

“We have high goals and we just got to make it work,” Tuten said.

Regardless of whether it’s a long-time foe or relative newcomer, A&T is focusing on rinsing out the aftertaste of a 2021 season in which it went 5-6,  including a 3-4 record in the Big South. Despite last season’s troubles, the Aggies are the preseason pick to prevail as champions at the end of the year. Like any coach, Washington is quite aware of the prediction.