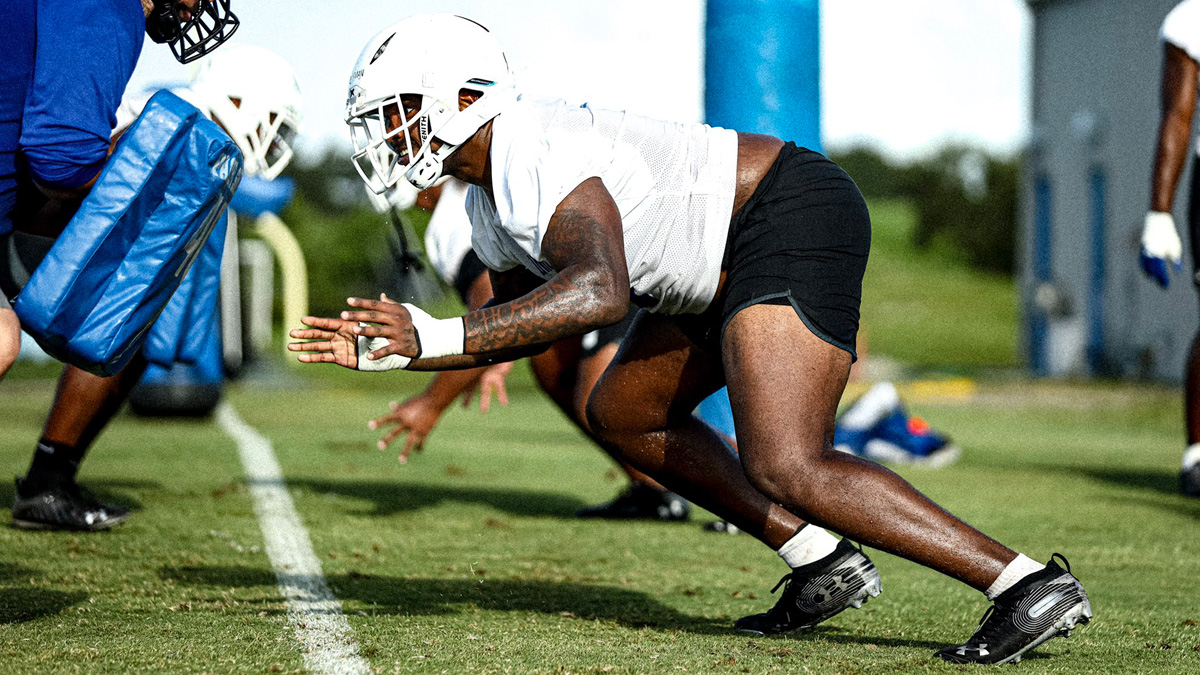 Will Norman, a four-star defensive lineman in the 2023 class, says he wants to check out a Jackson State-Grambling State matchup this fall.

Will Norman, a four-star defensive lineman, says he’s planning on taking a visit to Jackson State. And he has a particular game in mind.

“I still have four OVs to use,” Norman told 247Sports. “I’m definitely trying to go to the Tennessee-Alabama game. I have that set up right now. [IMG] doesn’t have a game for that weekend right now, but our schedule can get mixed around. So, as of right now, I’ll be at Tennesee-Alabama. I’m definitely trying to make a Jackson State game, too. I might be at the Jackson State-Grambling game. You know, that’s a big game for them. Kentucky is also now on my list. I definitely want to go see what they are talking about.”

Norman is a 6’5, 290-pound rising senior who plays at IMG Academy in Bradenton, FL. He’s rated as the 21st best defensive linemen by 247Sports Composite rankings. He says that while Deion Sanders as head coach is attractive to him, he’s not the sole reason.

Jackson State is scheduled to take on Grambling State on Sept. 17 at the Vet. The game will serve as the home opener for JSU, which led the FCS in attendance last year.