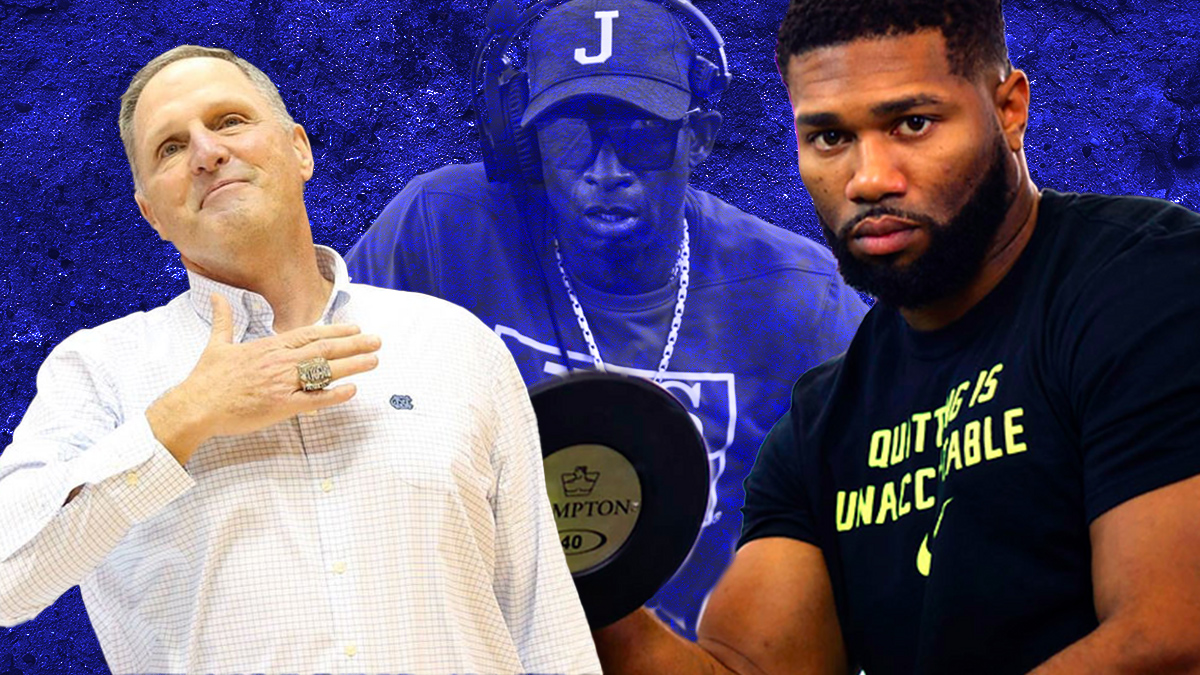 Tim Brewster has been named Special Assistant To The Head Coach, and Maurice Sims has been named Director of Strength and Conditioning/Football. Gunnar White, Andrew Zimmer, Brandon Morton, and Kendall Adams have been named analysts.

“These men will significantly impact JSU football,” Deion Sanders said. “We are not building a coaching staff. We are building a program that can be dominant and have sustainability.”

Brewster brings 30+ years of experience in the high school, collegiate and professional ranks. Brewster joins the staff from the University of Florida (2020-21) serving as tight ends coach, where he helped Kyle Pitts become the winner of the John Mackey Award as the nation’s best tight end. Pitts was the fourth overall pick in the 2021 NFL Draft, becoming the highest drafted tight end in league history. After beginning his career as a graduate assistant at Purdue, Brewster has been a head coach at Lafayette (Ind.) Central Catholic HS (1987-88) while also serving as an assistant coach at North Carolina (1989-97) and Texas (1998-01). Brewster moved to the NFL ranks as an assistant with San Diego (2002-05) and Denver (2005-07) before returning to the college realm as head coach at Minnesota (2007-10). He has also been an assistant coach at Mississippi State (2012-13), Florida State (2013-17), Texas A&M (2018) and a second stint at North Carolina (2019) before Florida. Brewster was a two-time All-Big 10 selection at tight end at Illinois.

“I’m extremely blessed to be here at Jackson State, a program just steeped with tremendous HBCU tradition,” Brewster said. “Being here with (Deion Sanders) Coach Prime is just an amazing opportunity for me as a coach, and I couldn’t be more excited about this opportunity.”

Sims comes to Jackson State after two seasons at College Football National Champion Georgia as associate director of strength and conditioning. Sims has also been an assistant at North Carolina (2019), Army (2017-19), Indiana (2014-15), and North Carolina A&T (2012-14). Sims was an all-conference defensive back at Concord University prior to transferring to Tennessee-Chattanooga.

“I’m definitely excited for this opportunity,” Sims said. “We will utilize the great staff that we have, and we all work well together. I will learn from them, and they will learn from me as we push the guys to get to optimum levels mentally and physically.”

White, a graduate of JSU, returns home after serving as offensive line coach last season for The Lineman, a team in the Spring League, a developmental football league for aspiring pros. Before serving as interim tight ends coach for Nevada in the 2021 Quick Lane Bowl, White spent three seasons at Nevada as a graduate assistant (2018-20). White was a student assistant coach at Jackson State (2014-15) after playing collegiately at Hinds Community College and Texas Tech. Following graduation, White coached at Belhaven (2017).

“I’m excited to be back at my alma mater,” White said. “I’m ready to get to work and hopefully help this team to another SWAC title and a Celebration Bowl victory.”

Zimmer, the nephew of former Minnesota Vikings head coach Mike Zimmer comes to Jackson State after spending one season as a defensive quality control assistant at Eastern Illinois (2021). Zimmer spent two seasons as an offensive graduate assistant at MidAmerica Nazarene University (2019-20) after beginning his career as an assistant coach at Lee’s Summit (Mo.) West High School (2016-18). Zimmer played collegiately at Kansas as a tight end and running back.

“I’m grateful that Coach Prime was willing to bring me here to help this team win football games,” Zimmer said. “I’m excited to be around a winning team and see what a winning team looks like and help bring the program to another championship season.”

Morton is in his first year as a graduate assistant coaching running backs and special teams at JSU after spending the 2021 season as a strength and conditioning intern. Morton was also a student assistant in strength and conditioning at Charleston Southern (2019) after playing running back at Charleston Southern and San Diego State.

“Working here at Jackson State, I’m glad to be a part of this movement,” Morton said. “My goal is to make men great on the field and off the field as far as teaching life lessons and getting the best out of each day.”

Adams comes to Jackson State after spending one year as an assistant coach at All Saints Episcopal School in Fort Worth, Texas. He played collegiately as a safety at Kansas State.

“I know this program is on the rise because of what Coach Prime is doing here, and what he’s doing for HBCUs is huge,” Adams said. “I feel honored they allowed me to come on board and learn from this staff and learn more football knowledge so I can become a head coach in the future.”

204
The Latest in HBCU Sports and Culture