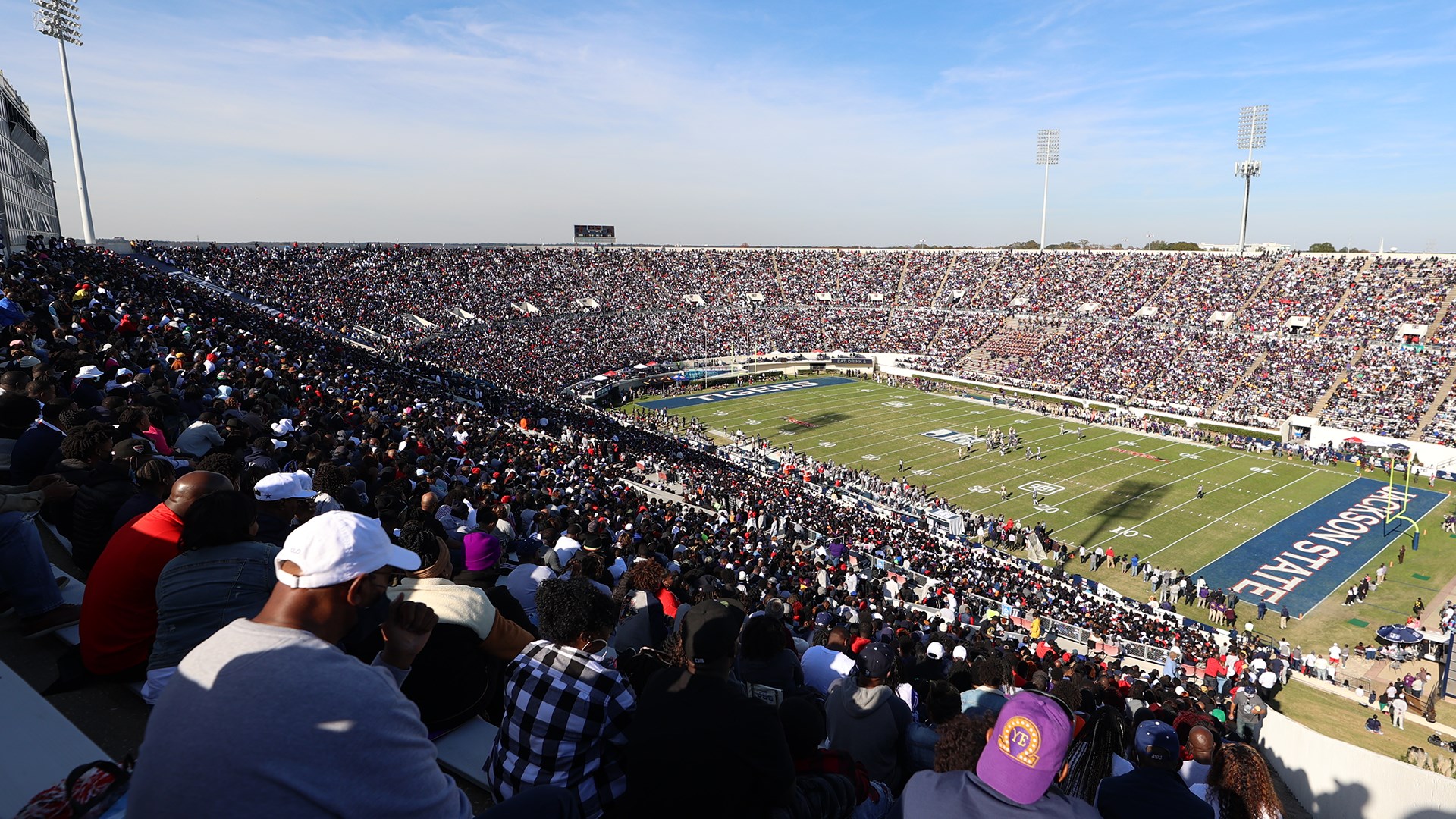 Compared with the so-called ‘Big Boys’ of college football in home attendance, Jackson State more than held its own.

Jackson State record average home attendance in the 2021 football season was better than and on par with a number of “so-called” Power 5 programs.

JSU packed a Football Championship Subdivision (FCS)-record average of 42,293 fans into Jackson, Mississippi’s Veterans Memorial Stadium for its six home games a year ago. It included an HBCU-best 58,892 in the stands for its Nov. 20 regular season-ender vs. in-state rival Alcorn State.

The 42,293 JSU average was even bigger than what Cincinnati, who made into college football’s Final Four – the College Football Playoffs – drew. The 13-0 Bearcats could draw an average of just 37,338 fans to its seven home dates. That includes a Dec. 4 American Athletic Conference (AAC) championship home game match-up against Houston that drew 37,978.

By contrast, JSU drew 50,128 on the same day (Dec. 4) for its Southwestern Athletic Conference (SWAC) championship game tilt versus Prairie View A&M. It was one of two other JSU home games that topped the 50,000 mark. There were 53,578 on hand for JSU’s Oct. 16 homecoming game vs. Alabama State. The lowest number the Tigers drew at home was 26,428 for an Oct. 23 SWAC game vs. Bethune-Cookman.

The Tigers were even top draws on the road. They were part of a record-setting crowd of 48,653 in the Dec. 18 Celebration Bowl at the Mercedes Benz Stadium in Atlanta. They helped draw 46,171 for a Sept. 11 date at the Liberty Bowl in Memphis against Tennessee State. JSU opened the season by drawing 36,000 fans to Miami’s Hard Rock Stadium in taking on Florida A&M.

The phenomenon could easily be called “The Prime Effect” caused by the presence of head coach Deion “Coach Prime” Sanders on the JSU sideline. He not only brought unprecedented coverage to Jackson State off the field. Returning the storied JSU program to its winning ways – the Tigers finished 11-2 and won the SWAC championship in 2021 for the first time since 2007 – certainly helped.

But Jackson State football has been the perennial leader in Football Championship Subdivision (FCS) attendance, as has the Southwestern Athletic Conference (SWAC), for years.

There is the potential to draw a big crowd and the likelyhood of great TV ratings for Jackson State’s Sept. 4 opener in Miami vs. Florida A&M in the Orange Blossom Classic. That is the reason Coach Prime and FAMU Coach Willie Simmons want the game on ESPN, not ESPN2.

The headlines keep coming. Perhaps, the best is yet to come.