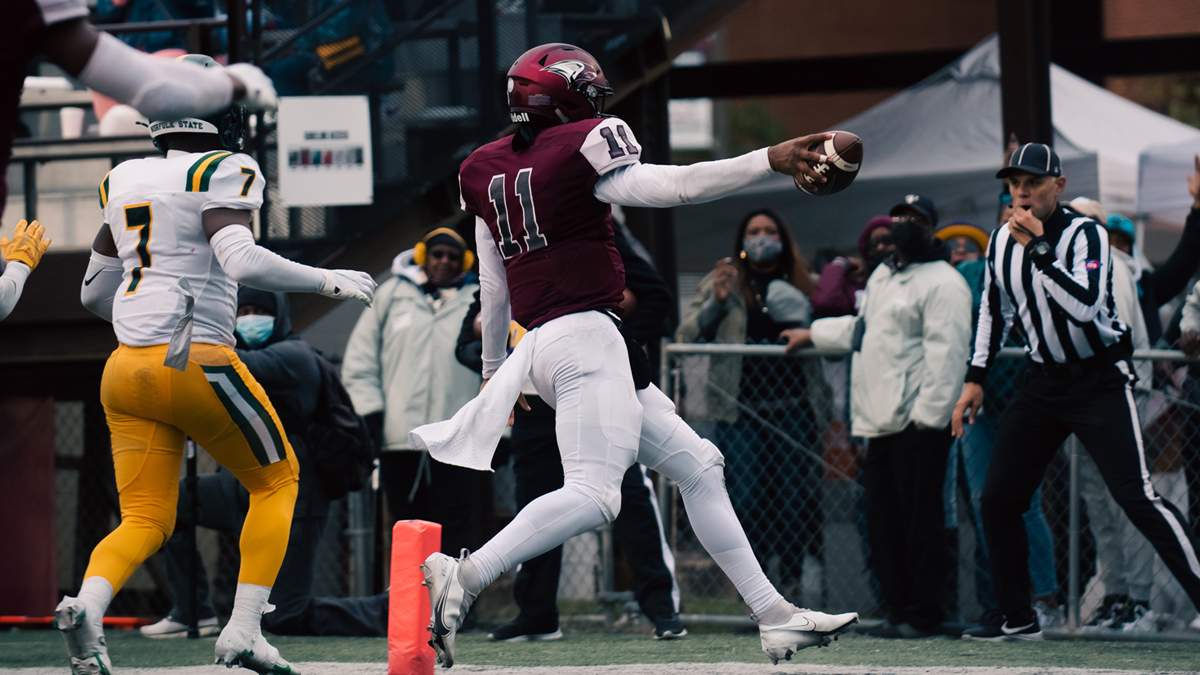 North Carolina Central has something to prove in 2022

North Carolina Central was three points away from a MEAC title and a Celebration Bowl win. But it still feels overlooked.

NORFOLK, VA — North Carolina Central head coach Trei Oliver didn’t waste any time in letting the HBCU Gameday representatives at MEAC Media Day know he had seen our poll. And he definitely had a difference of opinion.

“The guys felt a little slighted about it,” Oliver said candidly. “But, like I said, they don’t give out trophies or rings for preseason ballots. So, you know, it is a little disheartening when you come in second place in your conference — the winner of your conference wins a Celebration Bowl — and we’re not even in the top ten. So I know it’s not nine teams better than us as HBCUs, but you know, we’ll show it on the field.”

And he’s probably right. Last season North Carolina Central was a three-point loss at home to South Carolina State away from ending up in the Celebration Bowl, going 4-1 in MEAC play. This year’s team brings back 15 starters, including preseason First-Team All-MEAC quarterback Davius Richard.

“I think we have a great group of guys,” Oliver continued. “They’re anxious and excited, but we have a very strong conference. I think we play a very good brand of football in the MEAC and we’ve shown it over the last decade or so. If you look at the MEAC/SWAC Challenge, or the Celebration Bowl, the record versus the SWAC Conference.

But like I said, you don’t get trophies or anything like that for preseason ballots. So we’ll let our work speak for itself.”

NCCU’s offense will be commandeered by Richard, a dual-threat quarterback who racked up 2,496 yards of total offense in 2021. He threw for 2,133 yards to become just the second quarterback in NCCU history to register more than 2,000 passing yards in consecutive seasons, while completing 58 percent of his passes (177-for-305) and accounting for 23 total touchdowns (15 passing, 8 rushing).

Richard is happy to have a complement of weapons such as running back Latrell Collier along with wide receivers Treveyon Pratt, Andrew Smith and E.J. Hicks.

Defensively, NC Central was pretty solid in 2021. But Oliver feels it can do more to create takeaways and opportunities to help Richard and the offense.

“We do have a new defensive coordinator coming in, Cortney Coard,” Oliver said. “I had the opportunity to coach him back at Central back in the day and he’s coming over from North Carolina A&T. And that’s one thing that he believes in: stopping the run. And he’s been very successful over the past 10 or 12 years doing that. And it’s a little different energy on that side of the ball.”

Speaking of A&T, NC Central will get a chance to make a statement early this season, and do it on a big stage. It kicks off the season in Charlotte at Bank of America Stadium against archival A&T in the Duke’s Mayo Classic.

“I think it’s great to play in a venue like that and I think probably more so for the fans because all of them can get in,” said Oliver, who coached at A&T previously. “A lot of times those games sell out and folks can’t get in. So I think, you know, the fans, first and foremost, all those guys will be able to get in there and watch the game.”

A&T has won the last four matchups in the series, which is no longer a conference game but will always be a rivalry game.

“Obviously, it is a heated rivalry and it’s going to be a physical football game. And then for the young men, it’s great for them to have the opportunity to play in an NFL stadium like that. But once they kick it off, you don’t even realize where you’re playing. It’s just football.”

North Carolina Central has something to prove in 2022