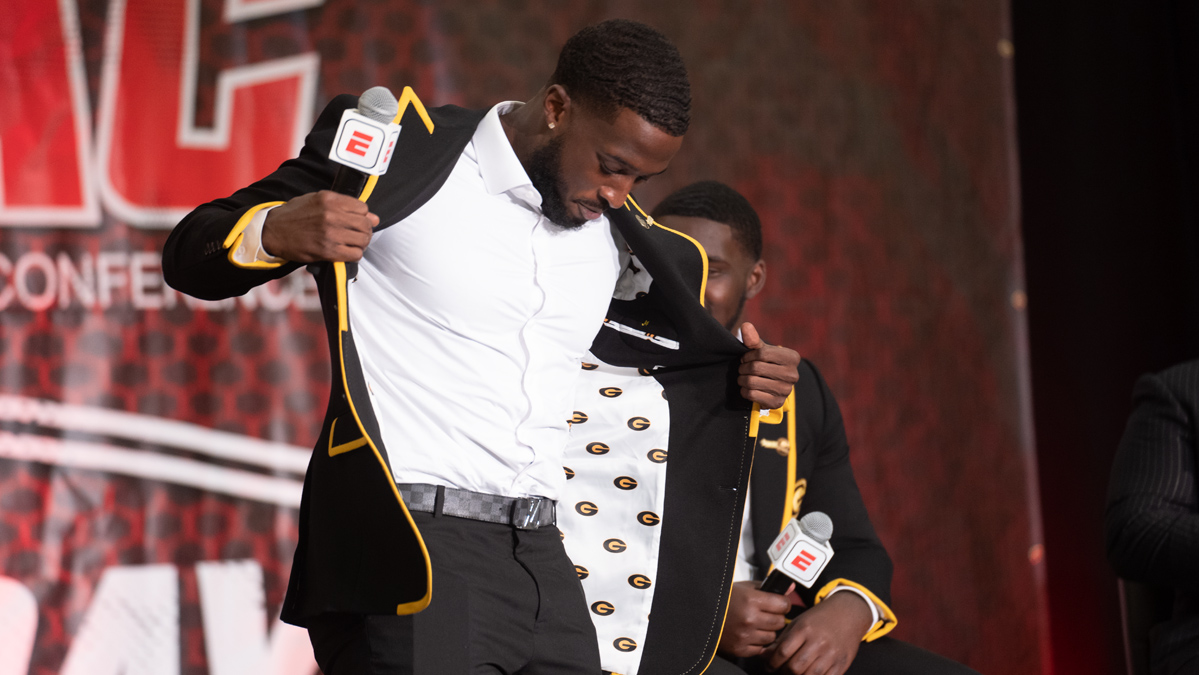 Players and coaches in the SWAC took their style game to another level in Birmingham at the annual football media day.

Both coaches to players showed up and showed out in the fashion department. Perhaps the most eye-catching combo belonged to Grambling State. At least head coach Hue Jackson seemed to think so. When our Tolly Carr suggested there was some level of competition between GSU and Southern, Jackson protested.

“You didn’t see the other ones earlier, that’s all,” Jackson said. “I can show you some pictures, I think it’s a no brainer who won today.”

Grambling State linebacker Joshua Reed beamed with pride talking about the matching ensemble he and offensive lineman Tyler Thomas wore, which was put together by Jackson.

“Coach, he did it right with this. When he when he showed it to us, I felt good. I was happy, I was like coach gon get us right. He’s got about three suits. He had to step hard too. He looked good, though.”

Here are some of the fashion highlights from SWAC Media Day.