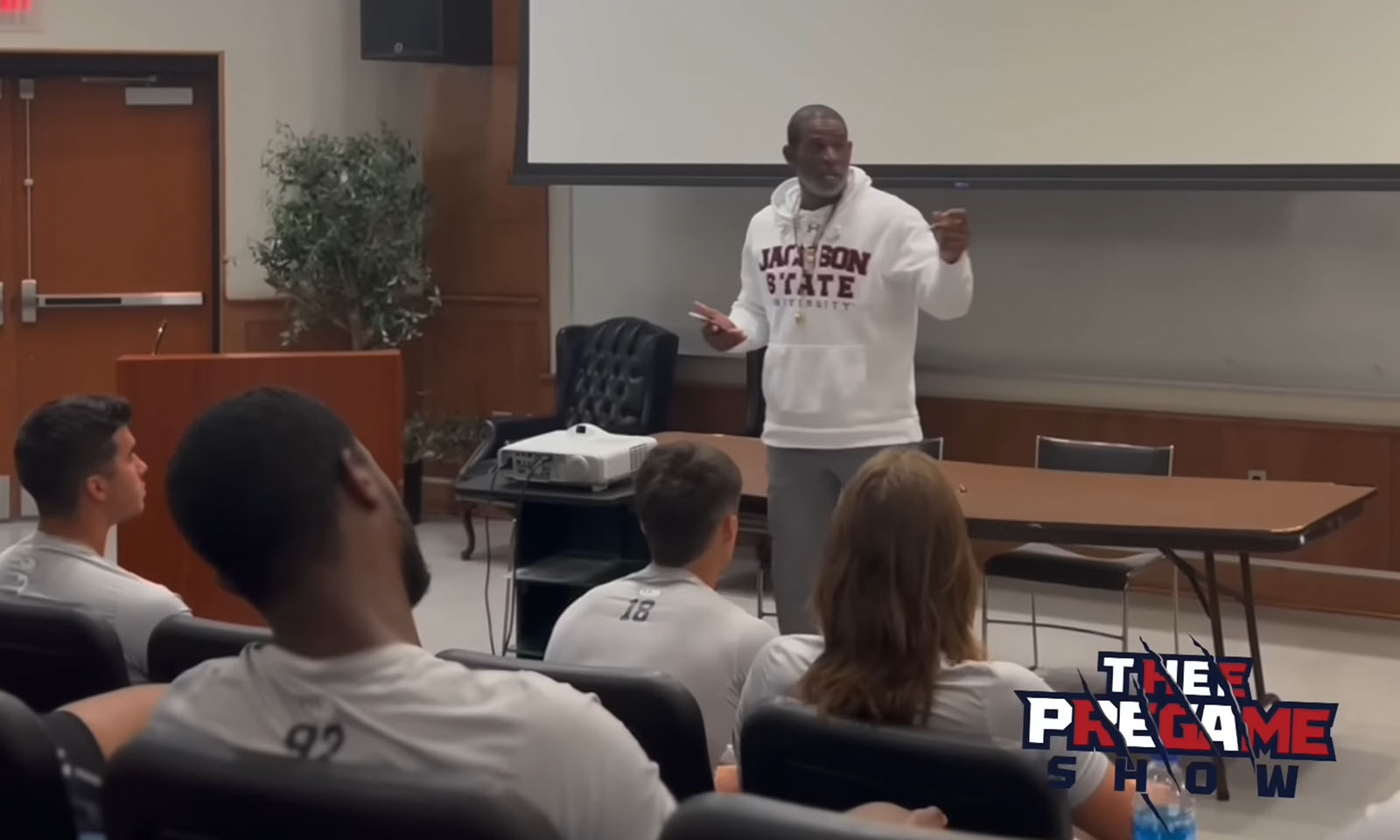 Deion Sanders can count the number of guaranteed starters on Jackson State’s team on one hand.

Thee Pregame Show has exclusive coverage of the Tigers program as they prepare for kickoff against Florida A&M in Miami, September 4. Watch all the action here.

That’s What We Do

Sanders stood in an auditorium and addressed players with the norms for Tiger football.

Attire was the next thing Sanders laid out.

Sanders said everyone must “look accordingly.”

“No earrings, no hoodies, no hats in the meeting.” Sanders said. “Y’all got to stop all this bull junk.”

Sanders also spoke about the dynamics of the team.

“Special teams are a team, we take that very seriously,” he said. “You’re not going to Miami if you’re you’re not a starter. If you’re not on special teams, why are we taking you?”

Sanders said players shouldn’t bombard coaches on where they want to be placed.

“Coach Ricard, his teams are real,” he said. “We’re going to have better synergy. The coaches are going to help Coach Ricard with application of who should be where and what special teams.”

For Sanders, every day is a step towards winning.

“We win here today, we win here now,” he said. “We got a competitive advantage. We’ve been here all summer. Some of y’all just getting here, some of y’all gonna go at a heck of a speed, you’re gonna see that we compete at everything. Ain’t no walking on that field. In between those lines, we don’t walk. In between those lines, we ain’t laughing, we ain’t giggling, we’re working, we’re going at it.”

Sanders said it’s simply “what we do.”

Sanders then segued to a very important topic — starters.

“We probably got two guys that’s going to start on this team right now that we know of,” he said “One is your quarterback (Shedeur Sanders), and one is Travis (Hunter). The rest of all y’all, work. Earn it. Take it how you want it, feel how you want. If you don’t like it, get out. That’s the real deal of it. Everybody else, compete.”

Chris Neely of Thee Pregame Show was able to chat with Deion Sanders after his talk with his Jackson State team.

“I was thinking,” Sanders said. “Teams have improved, and I love it. I see it and I’m happy because we’re the standard and they’re trying to catch up. But the thing that they forget is we’re trying to move farther ahead.”

“They’re trying to get where we were,” Neely said.

“Right,” Sanders said. “Because you’re building to match up. It’s just like the NFL. You draft players and you acquire players to match up to what the team had the previous year. But we’ve gone ahead again.”