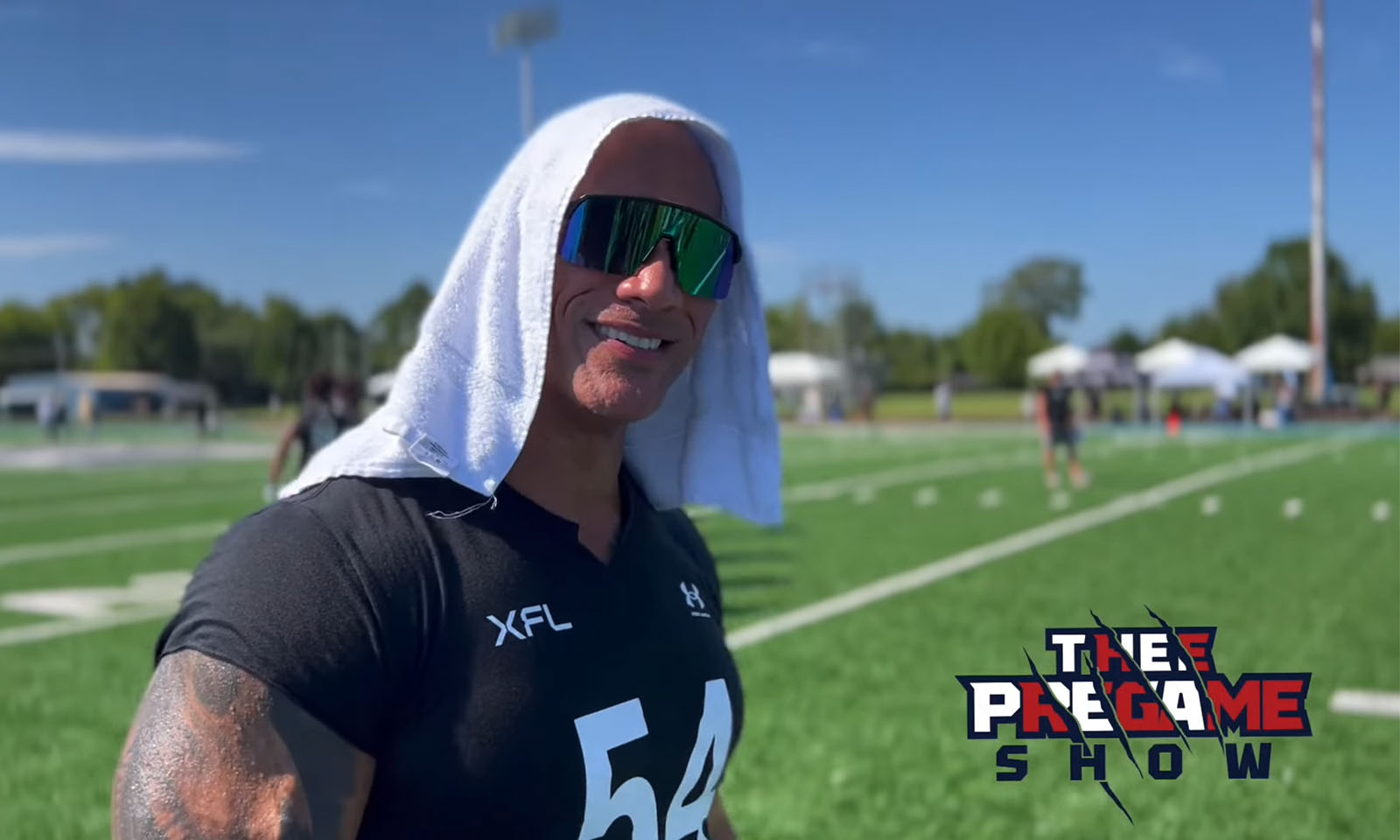 Jackson, MS–Actor, former professional wrestler, and XFL owner Dwayne “The Rock” Johnson paid a visit to Jackson State University on Saturday for the XFL HBCU Showcase. The visit gave him the opportunity to reunite with Deion Sanders while on the Jackson State campus.

Thee Pregame Show has exclusive coverage of the visit that you can see here.

Johnson shared some thoughts on Sanders’ impact not only on Jackson State but on HBCUs and the community.

“Coach Prime is doing such great things here at Jackson State,” Johnson said. “I think he’s already done such a tremendous job in under three years.”

Johnson said what Sanders has brought to the university and community is “opening the eyes.”

The Rock Recognizes the GOAT

“Coach Prime is one of the greatest, if not the greatest, of all time,” Johnson said. “So you have the GOAT, who made it, he made his money, he saved his money. At this point in his life, he didn’t have to do it, he could ride off in the sunset, he could go bass fishing, but he chose to dedicate his life to these kids.”

Johnson said it’s what he admires about Deion Sanders.

“When I was coming up in high school trying to decide where I was going to go to school, Florida State was one of those schools,” he said. “I was recruited by Bobby Bowden, but of course, I wound up at Miami. But I mean, Coach Prime, he was the man. I remember him at Doak Campbell Stadium just doing this.”

Johnson imitated Sanders’ raising his arms to get the crowd emotionally involved in the game.

When it comes to the XFL, Johnson described what they’re looking for in a player as he watched the invite only group of former HBCU players working out.

Johnson said the players have all been “battle-tested.”

“It’s that kind of extra effort that we look for,” he said. “Because that will indicate the kind of effort that you’re gonna get down the line. When you’re tired, you’re breathing heavy, you feel like you got nothing left in the tank. It’s that extra effort.”