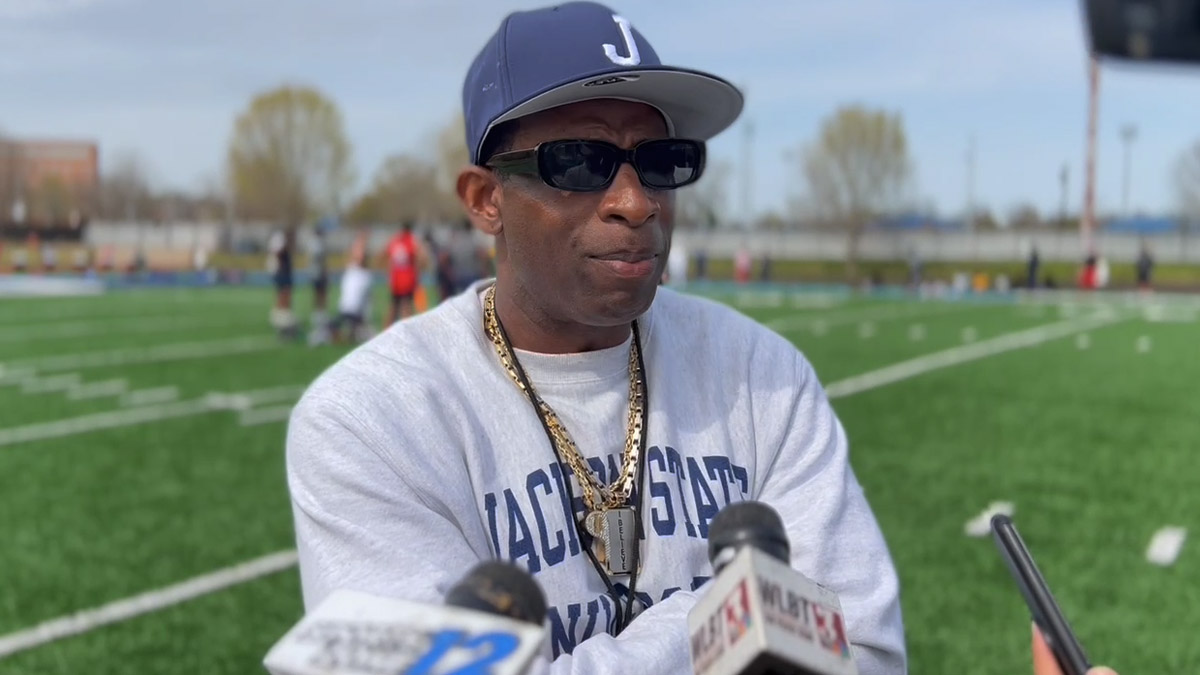 Deion Sanders says that prominent HBCU football programs like Jackson State will have to make ‘a decision’ about their future.

Deion Sanders hasn’t been afraid to shake things up in HBCU football since he took over as Jackson State head football coach, and that trend continues.

While Jackson State hosted an HBCU showcase for the XFL, Sanders was interviewed on ESPN. He was asked about the impact of re-alignment amongst the Power Five conferences in college football on HBCU football. Sanders stated that he thinks it will have a direct impact.

“It has a tremendous impact,” Deion Sanders told ESPN. “Sooner or later, some of the prominent schools are going to have to make a decision. What do we want to do? Do we want to sit back and adhere to tradition or we want to put ourselves in a financial situation that our school prospers? You really gotta factor that in and weigh those options. It’s some tremendous options that a few schools are going to be faced with.”

Ok, so what about Jackson State?

This comes a day after Sanders tweeted about conference churning.

“There’s a lot of movement and talk about Colleges Going to other conferences,” Sanders tweeted. “Please believe every move is about business not competition.  Colleges are in the business of being competitive financially! I UNDER & OVERSTAND!”

Deion Sanders, Jackson State and the future of HBCU football

JSU is coming off a huge season last fall in which it not only went 11-2 and won the SWAC title, but it also led the FCS in attendance with an average of better than 42k fans per game. That number dwarfs the average attendance at many schools currently in Power Five conferences.

Sanders made waves last season when he suggested that the MEAC join the SWAC and form an HBCU football super conference. The MEAC leadership quickly buffed at the suggestion, but many see it as perhaps the only viable option for HBCUs to progress together.

Only time will tell if it happens, but it is pretty clear where Sanders stands on the matter.