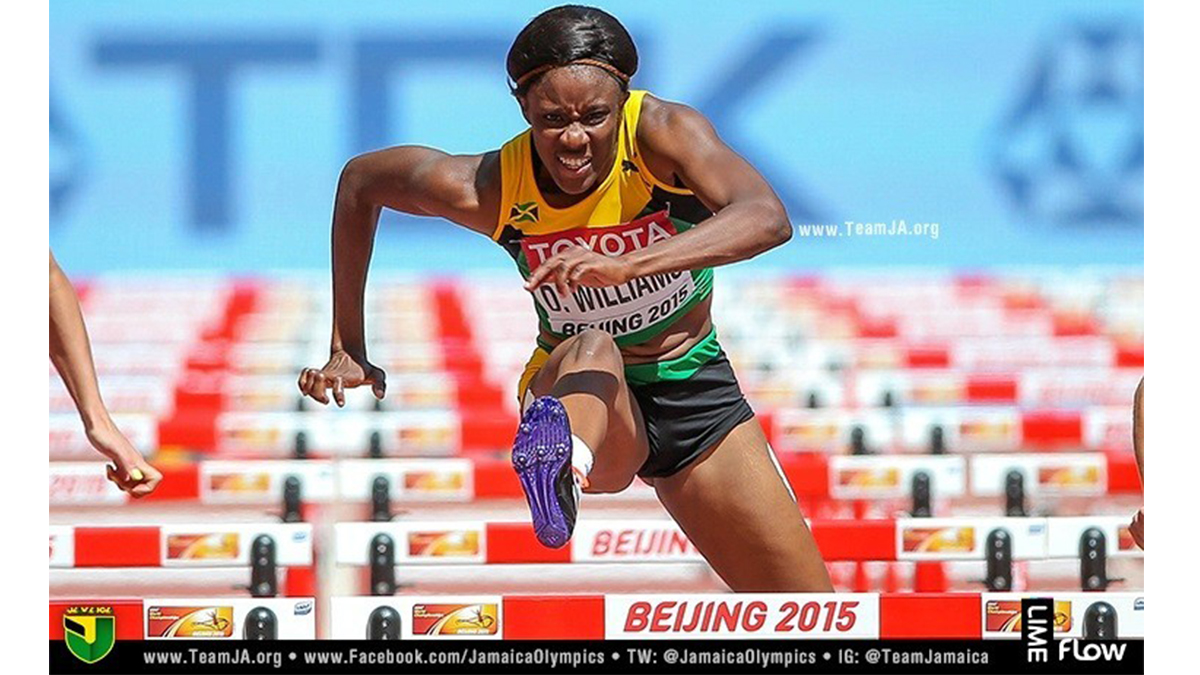 Just one HBCU athlete is on the U.S. team but six others will represent their home countries at this week’s World Track & Field Championships in Eugene, Oregon. Former JC Smith and Jamaica world champion Danielle Williams (above) is one of them.

The hopes for a medal from an HBCU athlete on Team USA at the World Track & Field Championships this week (July 15-24) in Eugene, Oregon rests on the broad shoulders of one Randolph Ross Jr. The NC A&T junior and back-to-back NCAA outdoor 400 meter champion is the only HBCU athlete on the U. S. team competing this week. But there are six other HBCU track stars representing their home countries.

They include sprinter Joseph Amoah who completed an outstanding career at Coppin State in 2021. He will compete in the 100 and 200 meters for his home country, Ghana. Jessika Gbai, who finished her career this season at Howard, runs for her native Cote d’ivoire in the 200 meters.

Jamaica will have Hall of Fame former J. C. Smith sprinter and hurdler Danielle Williams in the women’s 100 meter hurdles and Shawn Rowe, a former Saint Augustine’s athlete, in the 400 hurdles. Lincoln (Mo.) product Yanique Haye-Smith will be competing in the women’s 400 meter hurdles for her homeland, Turks and Caicos Islands.

Grace Nwokocha who just completed an outstanding freshman year at NC A&T will represent Nigeria. She won both the 100 and 200 meters in her country’s national championships.

Ross enters this year’s Worlds ranked tenth in the 400 meters. He ran a season’s best 44.13 in winning the NCAA outdoor 400 this season. He earned a spot on the U. S. team by virtue of a third-place finish in 44.17 at the USA Outdoor Championships in late June.

Ross, who was the lynchpin of A&T’s runs toward a national championship over the last two years, will be joining his father and coach at A&T, Duane Ross at Tennessee. Duane Ross was named to the position just before the NCAA Championships in June.

After battling injuries, Williams comes into this year’s Worlds in great form. She has the highest ranking among HBCU athletes – eighth in the women’s 100 meter hurdles. Her personal best is 12.32 seconds with a season’s best of 12.59. She made the Jamaican team after a third-place finish in 12.66 seconds at their national championships.

Williams won the gold medal at the 2015 World Championships after a star-studded Hall of Fame career at JCSU. She dominated and transcended at the NCAA Div. II level.

For the Golden Bulls between 2013 and 2014, Williams won nine NCAA titles (eight individual and one relay), 13 CIAA championships (11 individual and two relay) and earned 13 All-America honors. She was named either USTFCCCA National Women’s Indoor Track or Outdoor Track Athlete of the Year three times. She was a member of 2020 USTFCCA NCAA Div. II Track & Field Athlete Hall of Fame class.

Nzubechi Grace Nwokocha burst on the scene for A&T in the 2022 outdoor season winning both the 100 and 200 meter titles at the Big South Championships. She went on the make the finals at the NCAA Outdoors and scored sixth-place finishes in both events.

Haye-Smith represented Jamaica until November 2018 before switching allegiance to Turks and Caicos. She represented Turks and Caicos at the 2019 World Championships. She has a personal best of 55.58 in the 400 hurdles and a season’s best of 56.72. She is 86th in the world rankings.

Gbai made the semifinals of the NCAA 200 meters after winning the MEAC championship for the Bison in 22.95. Her personal and season’s best is 22.79. Her time is ranked 87th in the world ranking.

Full coverage of the 2022 World Track & Field Championships will be presented across NBCUniversal’s television networks and digital platforms. The event runs from July 15-24 at Hayward Field in Eugene, Oregon, as the U.S. plays host to the outdoor championships for the first time.

NBC Sports will broadcast 43 hours from Eugene, with live afternoon and primetime shows both weekends, highlighted by the men’s and women’s 100m finals (July 16-17) and 4x100m and 4x400m relays (July 23-24). Additional television coverage will air on USA Network and CNBC. See the full schedule here.

All network and cable TV windows will be simul-streamed via NBCSports.com/live and the NBC Sports app, with NBC’s programming also available on Peacock. In addition, world-feed coverage of all competition sessions will stream LIVE on Peacock.