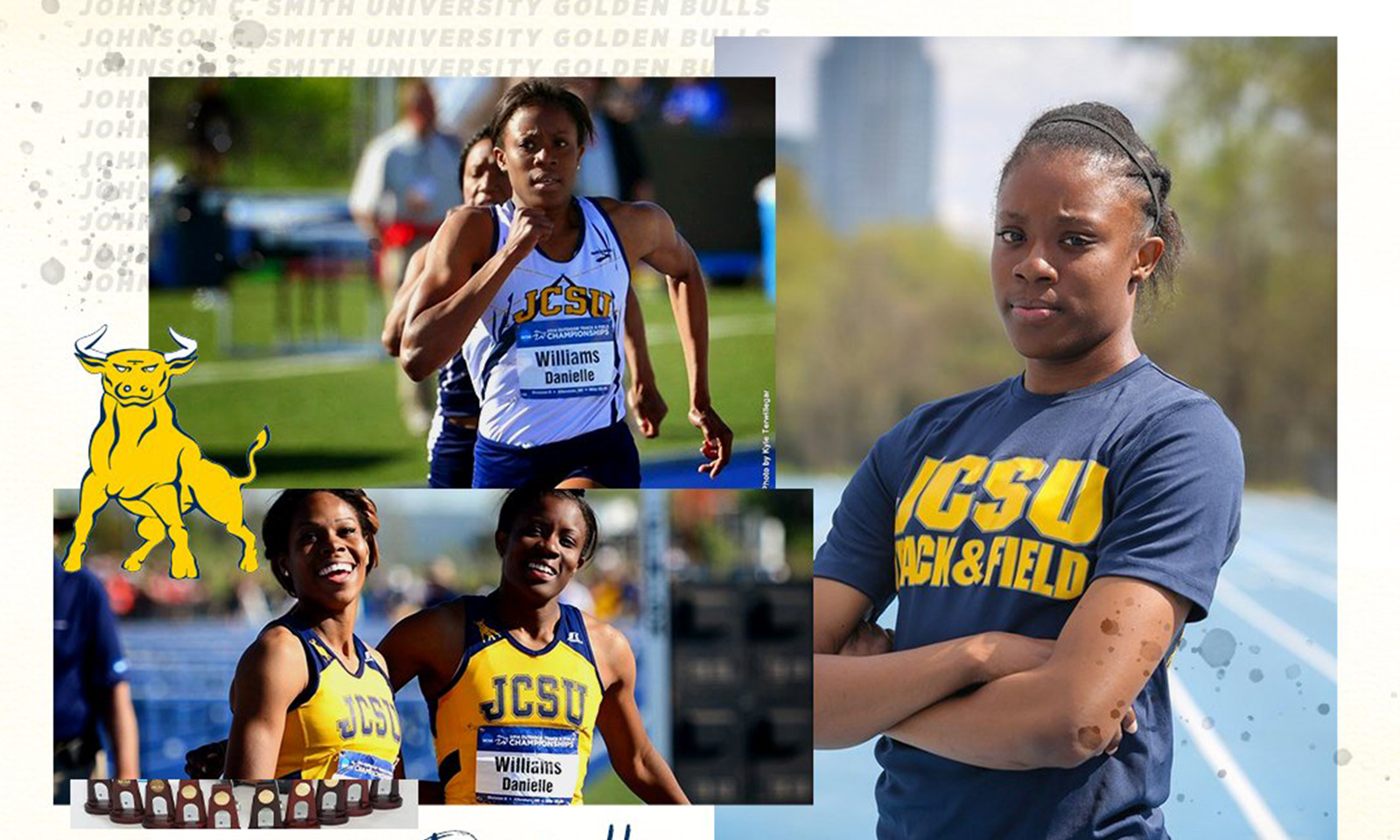 If there wasn’t a mandatory five-year moratorium on induction into the USTFCCCA NCAA Division II Track & Field Athlete Hall of Fame, Danielle Williams of Johnson C. Smith probably would have been welcomed immediately after she stepped off the track for the last time as a collegian at the 2014 NCAA Division II Outdoor Track & Field Championships.

That doesn’t even count the mark she left on the NCAA DII record book, which includes three divisional all-time bests and a slew of other marks that reside in the top-10 annals of history.

Williams turned in arguably the greatest two-day performance in NCAA DII history at the 2013 NCAA Division II Outdoor Track & Field Championships in Pueblo, Colorado, where she helped lead the Golden Bulls to their second consecutive runner-up finish in the team standings.

Williams is the third athlete from Johnson C. Smith inducted into the USTFCCCA NCAA Division II Track & Field Athlete Hall of Fame in the past four years, joining Leford Green (Class of 2017) and her sister Shermaine Williams (Class of 2018).

This is the 25th class to be inducted into the USTFCCCA NCAA Division II Track & Field Athlete Hall of Fame, which inducted its first class 24 years ago in 1996.