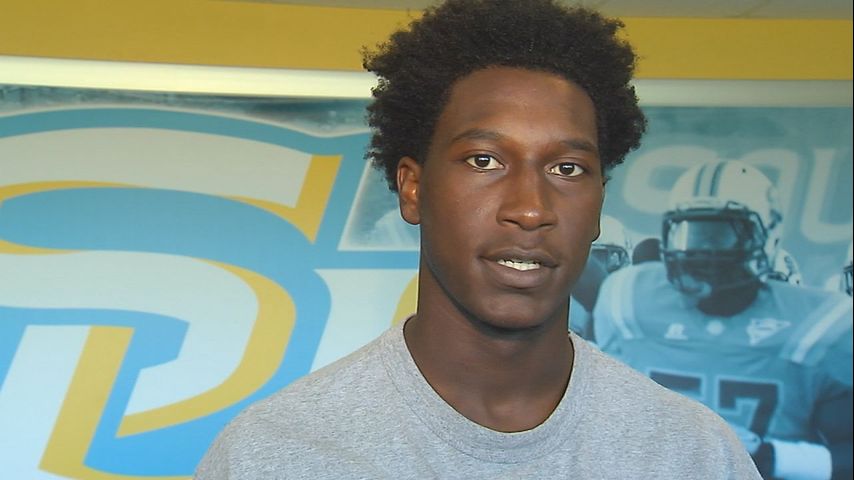 Bradley Coleman, a former Southern University football player, was killed while putting air in his tires.

The Southern University family is mourning the death of Bradley Coleman, whose life was tragically cut short in Georgia over the weekend.

Coleman lost his life during an attempted carjacking in his native Norcross, GA, according to the Gwinnett County Police Department.

The 29 year-old was reportedly pumping air into his tires at a gas station when three people pulled up behind him. One of the three got into the driver’s seat of his vehicle and Coleman began to fight off two of them. A third vehicle pulled up behind, unaware of the situation, and was crashed into by the suspects. Coleman was shot as the suspects fled.

“On behalf of the Jaguar Nation, I offer sincere condolences to the family, teammates and other loved ones of Bradley Coleman, former Jaguar wide receiver.”

Bradley Coleman was part of the 2013 Southern University football team that brought home the school’s most recent SWAC title. He was one of Dray Joseph’s wide receivers after a career at Norcross High School. After graduating from Southern, he returned to Georgia as a high school football and basketball coach.

“It is with great sadness to share with the Norcross family that we lost a brother this weekend,” the high school posted. “Bradley Coleman was a friend, father, and an ambassador of goodwill. We will keep everyone informed about any arrangements and ways to help support the family.”

“He was a leader guiding people in the right direction,” Norcross High teammate Shahid Mitchell told 11 Alive. “He was funny, energetic, and just motivational. Anything you wanted to do, he’d believe in you and push you to get there. He wouldn’t just let you say you want to be this. He’d make you that person.”

Our thoughts and prayers go out to Coleman, his family, and the Southern University family.