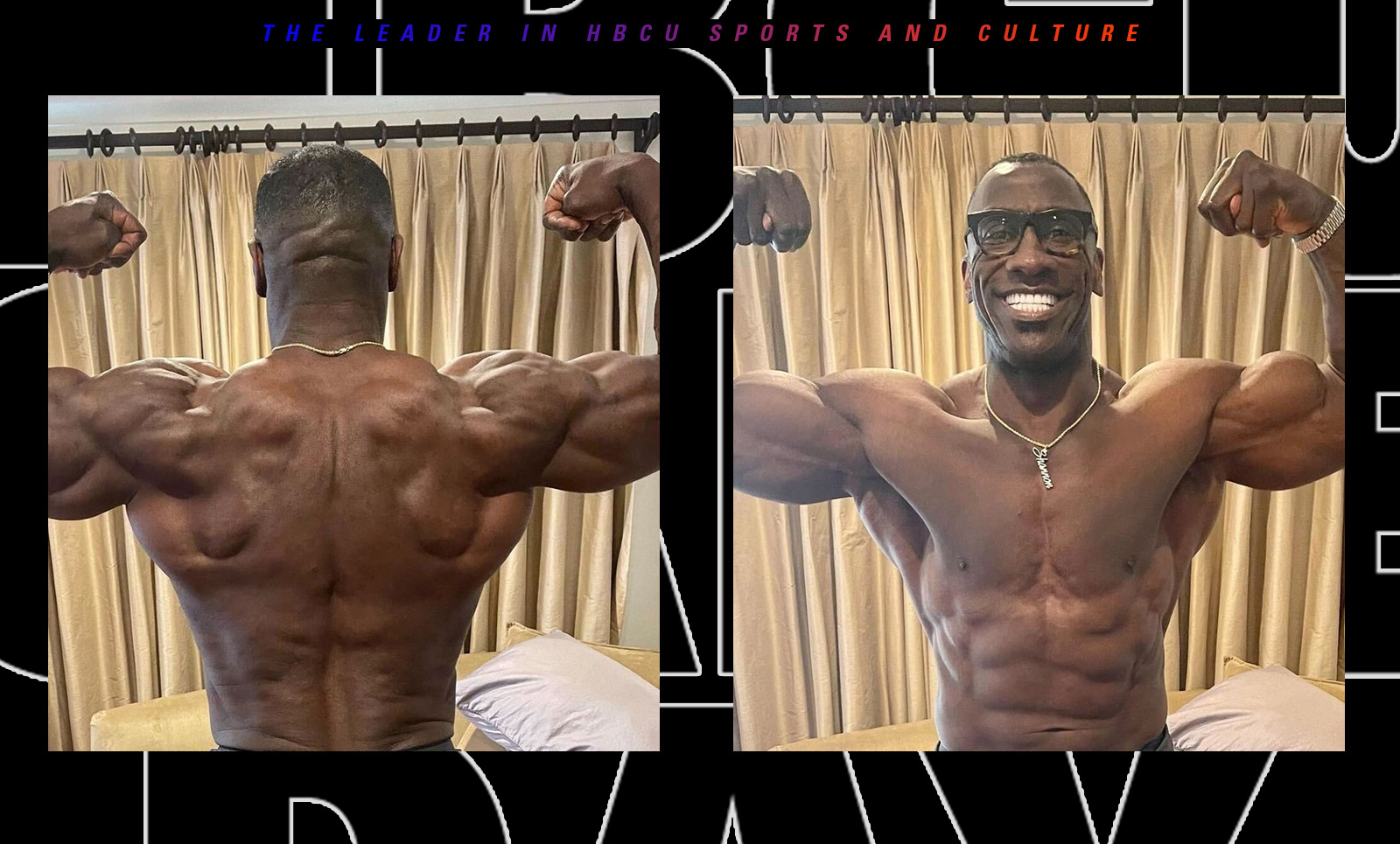 Watch: Shannon Sharpe shows out on the bench press

The Undisputed host was moving some serious weight, and didn’t even use a spotter.

Our favorite TV Uncle Shannon Sharpe was flexing, literally, on social media over the weekend. The Savannah State alum and co-host of “Undisputed” on FS1 jumped on the bench press for what he described, “the first time in over a year.”

The video begins with Sharpe warming up with 315 pounds on the bench. That weight consists of six 45-pound plates plus the bar which weighs another 45 pounds. The NFL Hall of Famer pumped that weight effortlessly six times on the video.

The former tight end then upped the ante to 365 pounds, which is two 25-pound plates added to the previous 315. Sharpe pushed that weight four times without hesitation. It must be noted that Sharpe was working without a spotter, so there was the added pressure of not having a safety net if he were to get stuck.

“This was my 1st time benching serious in over a yr. I had stopped benching all together because it was too painful to tuck my legs underneath due to hip pain,” Sharpe wrote on Twitter.

He wasn’t done yet. Sharpe had enough juice to lift 405 pounds, eight 45-pound plates plus the bar, two times to finish off his flat bench showcase. The video ends with Sharpe benching two 120-pound dumbells on the incline press for 12 reps.

Pretty impressive for someone who hasn’t bench-pressed in over a year. Also very impressive for a 54-year-old who is well removed from his NFL playing career. Sharpe says during his playing days he used to bench 470 pounds.

Social media reacted to Sharpe’s dungeon workout, with over 500 replies on Twitter in the first day of the video being posted. The video originated from Sharpe’s TikTok account.

When it comes to having a spotter, or the lack thereof. Shannon Sharpe responded that he actually has the best spotter of all time.

“God is my spotter. I can count on him, but not always a training partner. I go with what I know and have,” he wrote.

Watch: Shannon Sharpe shows out on the bench press