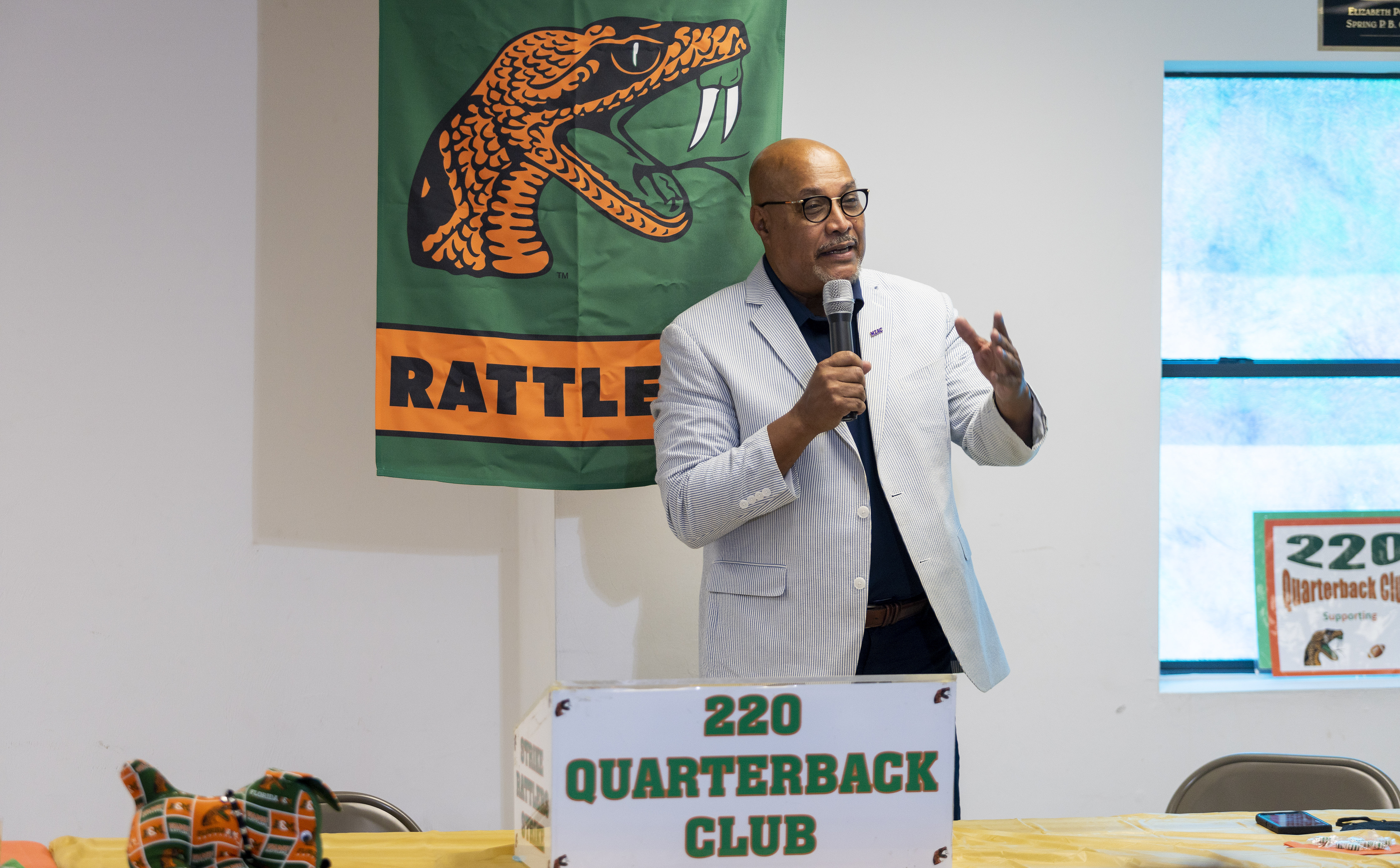 Ex B-CU AD Lynn Thompson recently spoke at the 220 Quarterback Club of the FAMU-B-CU rivalry, the Florida Classic and the status of the MEAC.

The 220 Quarterback Club brings guest speakers mostly from the university itself.  But as of late, they have brought in Albany State University head football coach Gabe Giardina and Albany State Associate Athletics Director Darlene Moore.  This is consistent with what quarterback clubs do across the country.

Thompson, met with about 20 B-CU supporters at the luncheon which had a total of 80 people in attendance,  talked about the success of the partnership of the Florida Blue Florida Classic.  “The Florida Classic is unique in that it is a partnership/rivalry.  The schools were smart enough to capitalize of their product and own the rights, which means earning the profits.  Now the schools earn a minimum of $1 million per game,” Thompson said.

The elephant in the room was the status of the MEAC.  With the exodus of four marquee names in the conference and the return to Division II of Savannah State University, the MEAC has had to be reimagined.  Thompson and the MEAC staff have heard rumors of several scenarios where the MEAC doesn’t survive, but he was emphatic that the MEAC has a path to thrive moving forward.

“The MEAC is not on life support.  The benediction has not been pronounced.  They certainly have not done anything like that,” Thompson said. “If you look at the MEAC, it has been afflicted with being successful; because the institutions that have left have gone to greener pastures.  There was no acrimony there.  It was a matter of fact that these were opportunities that were afforded these institutions.  The MEAC is now committed to the eight institutions that are in the MEAC to making it the best conference it can be.”