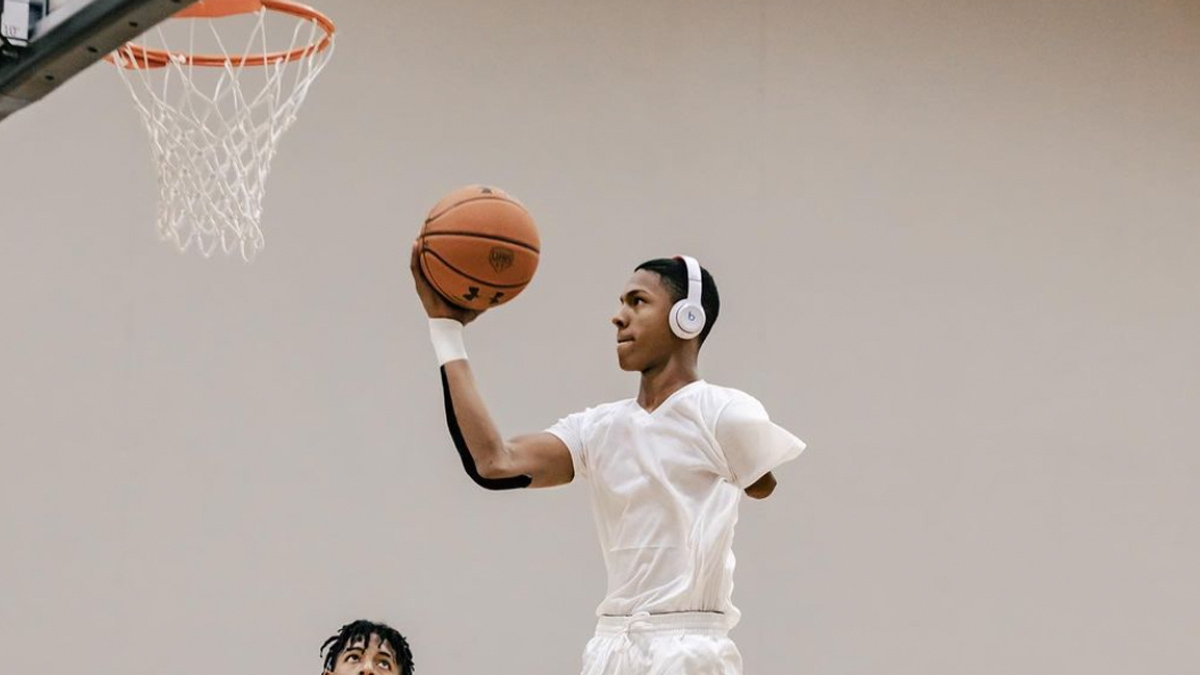 Hansel Emmanuel, the one-armed viral basketball sensation, has paired his list of prospects down to four— including an HBCU.

Class of 2022 hooper and social media phenom Hansel Emmanuel, the one-armed wonder, has reportedly narrowed his choices down to four — including an HBCU.

Bethune-Cookman University is among the four choices Emmanuel revealed on Wednesday. His other options include playing college basketball at Northwestern State and the University of Memphis — or becoming a member of Overtime Elite. Overtime Elite is an Atlanta-based basketball league billed as offering “the world’s most talented young basketball players a better pathway to becoming professional athletes,” according to its website.

Tennessee State was actually the first Division I program to offer the Dominican Republic native last August, however, it is not on his list.

Enmanuel lost his arm at the age of six in his home country of the Dominican Republic. He was playing when a wall came down on him. His father rescued him after two hours, but he lost his left arm.

“My life fell apart when Hansel’s accident happened. I was the one with him and when they had to amputate his arm, I felt like it was all over. But God grabbed us and led us down this path,“ His father, a former pro basketball player told the Orlando Sentinel. “You remember everything [from the accident] because a blow like this is not forgotten, so quickly regardless of all that he is achieving, thanks to God.”

He then picked up a basketball, and the rest, as they say, is history. He recently moved to the United States on a scholarship to play basketball at Life Christian Academy in Kissamee, FL.

Hansel Emmanuel has received a $1.4 million NIL evaluation from On3. He has a total of four million followers — 1.5 million on Instagram and 2.5 million on TikTok — with an estimated per post value of $18.6k.